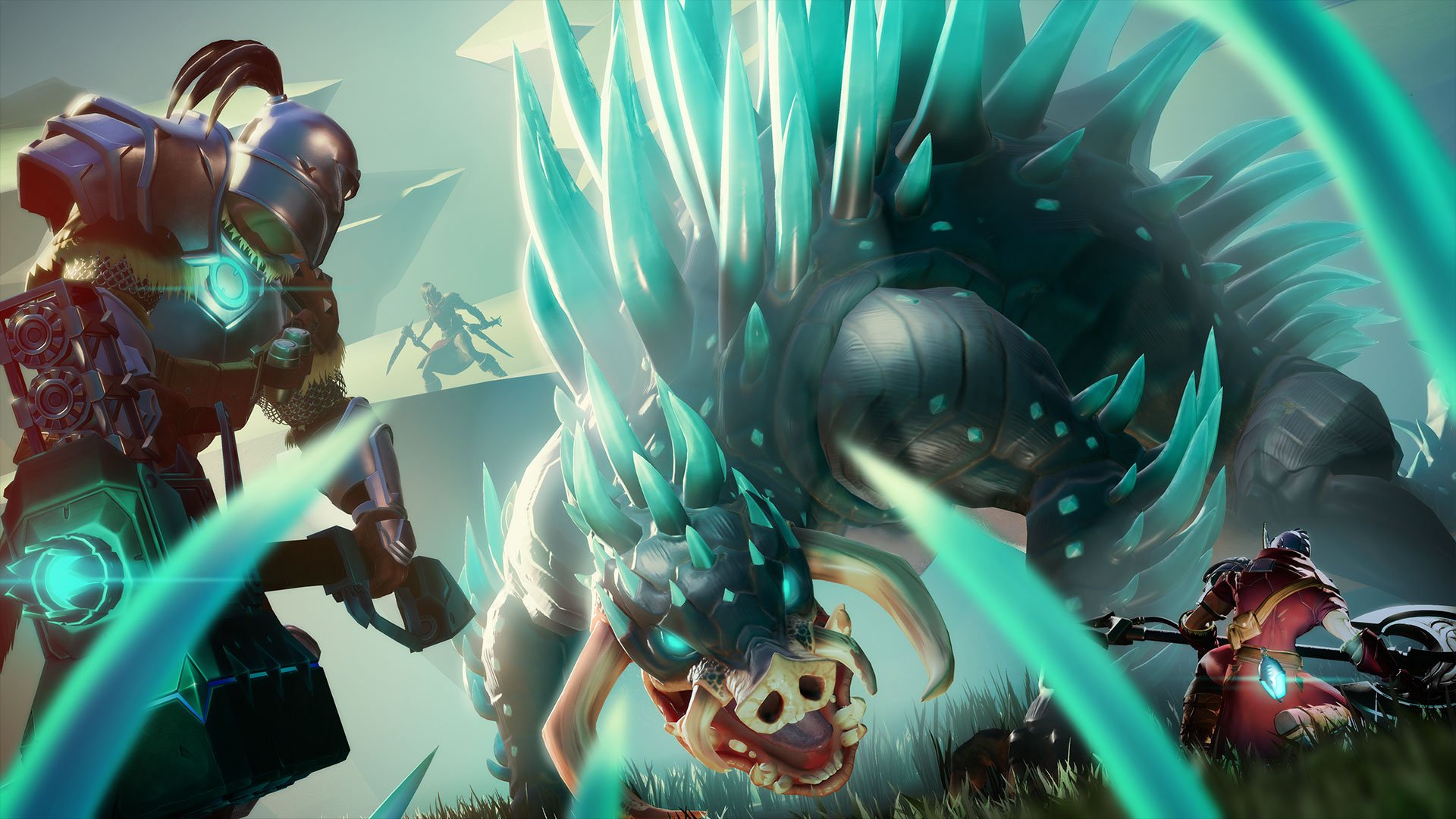 Dauntless gets a PC and console release date

Dauntless has officially got a release date, and what’s more, it’s also launching simultaneously on Xbox One, PlayStation 4, and on PC through the Epic Games Store. Since its release into early access, Dauntless has clocked up more than 3 million users, and that’s on PC alone. With the free-to-play monster-hunting MMO coming to console, that number is only going to rise.

Dauntless will be releasing on May 21 on Xbox One, PlayStation 4, and the Epic Games Store. To celebrate this epic milestone, Phoenix Labs, the developer behind Dauntless, will be starting a new Hunt Pass season with a Moon Blossom Festival.

The Shattered Isles will be alive with celebration as players earn greater gear during the Hidden Blades season. The leveling system allows players on the basic and Elite tracks to earn ninja-themed goodies and unlock premium currency.

Outside of the in-game event, Dauntless will also be launching with some fixes and improvements. A new Mastery system gives you the opportunity to earn experience, unlock achievements and earn new loot. The Behemoths and weapons in Dauntless each have their own Mastery card, giving players more content to chase.

Phoenix Labs is also giving players more information. At the end of every hunt, there will be a mission breakdown detailing experience earned, progress through Mastery cards, Behemoth break parts earned, and much more. This is a much-needed addition that will give players greater clarity on their actions and help them to make more informed decisions about how to play.

Shacknews recently got to sit down with Phoenix Labs for a complete hands-on experience. Blake remarks that even playing on console, Dauntless still feels smooth, fast, and responsive.

With the release of Dauntless only a week away, there’s not a lot of time to get your hunting party ready! Check out the Shacknews Dauntless page for more information, including an interview with Phoenix Labs’ CEO Jesse Houston, who talks about inspiration and how the game differentiates itself from the likes of Destiny and Monster Hunter.