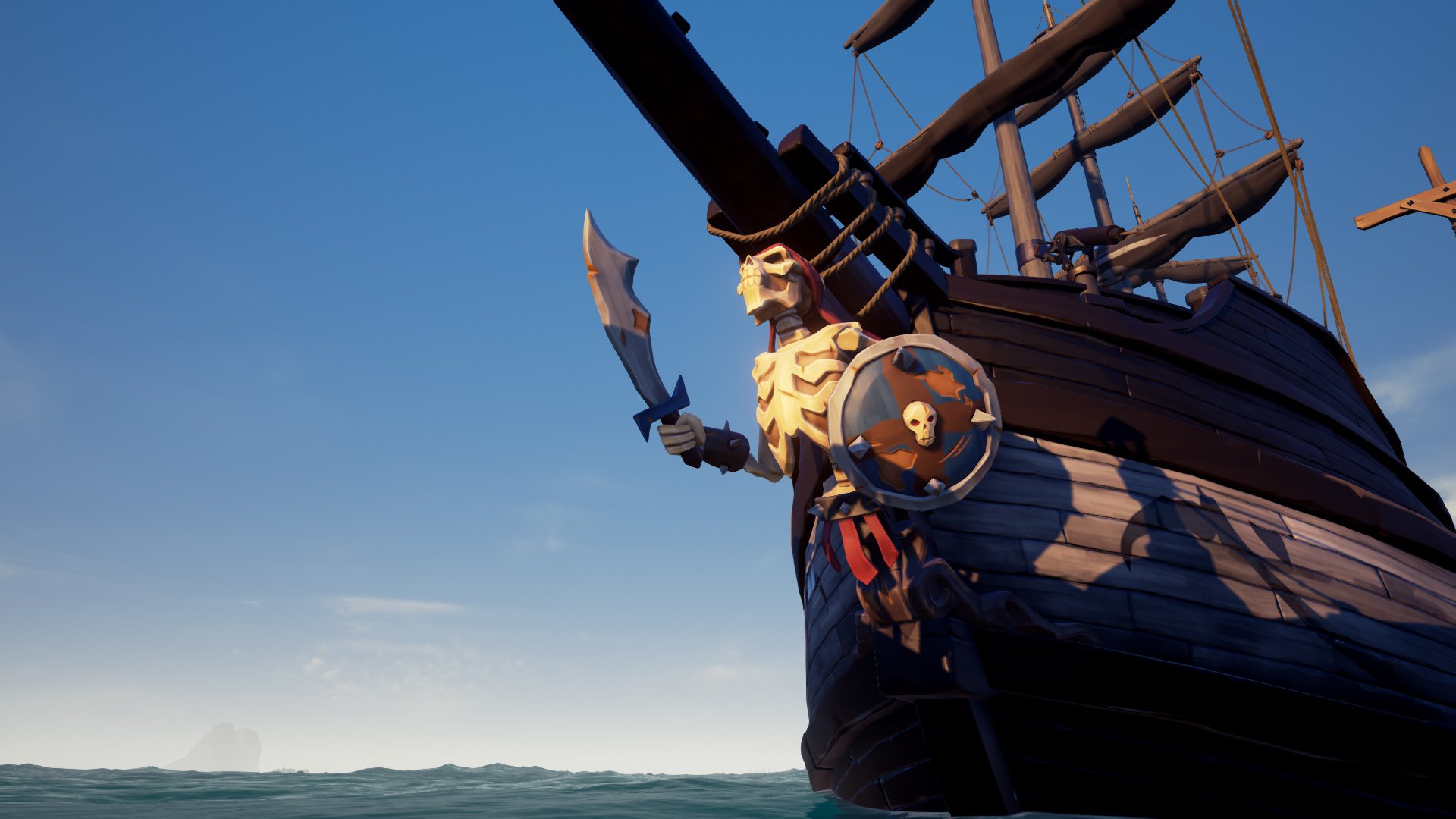 How to unlock the Spinal Figurehead in Sea of Thieves

The Spinal Figurehead is a Killer Instinct-themed cosmetic for your ship in Sea of Thieves. While it used to be limited to live events, players have been given the chance to earn it online. Because it is a limited-time offer, you will need to get in quick!

How to unlock Spinal Figurehead

To unlock the Spinal Figurehead in Sea of Thieves, players must watch 10 complete Arena matches through Mixer. This is a Mixer-only offering, which makes sense given Microsoft owns both Mixer and Rare. You will need to ensure you are logged in for the views to count. This offer is only available from May 6 to May 12.

It’s important that you sign in to the account that is used to play Sea of Thieves. This will most likely be a Microsoft account. Once signed in, you will be good to start viewing Sea of Thieves Arena matches.

Rare’s official Sea of Thieves Mixer channel typically hosts other streamers that are playing Sea of Thieves. This is an excellent way to amass the 10 views you need. Keep in mind that you must watch the entire match for the view to count. Once all 10 matches of Arena have been watched, you can begin the process of unlocking the Spinal Figurehead.

When viewing on PC, you may be able to see a purple crate with the text “LOOT” across the bottom of the stream. Clicking this will show you a counter detailing how many matches you have watched, as well as the reward associated with the Mixer Loot. After the bar fills and all 10 are watched, you will need to navigate to your personal loot page to find the code.

Once these steps are done, the next time you log in to Sea of Thieves you will find the Spinal Figurehead at the shipwright. To apply it, ensure your ship is at the pier and in close range.

This figurehead is inspired by the character of the same name from Killer Instinct. Spinal is a pirate-themed fighter who utilizes a cutlass and a massive kraken shield. Given that Rare helped out with development of Killer Instinct, it’s fitting that they give a nod to this pirate fighter in Sea of Thieves. Rare has done a similar thing with Perfect Dark’s Joanna Dark and Banjo-Kazooie. Here’s hoping we can get some Viva Piñata themed goodies next. Perhaps a shovel?

This event ends on May 12, so make sure you watch those 10 Arena matches if you want the Spinal Figurehead in Sea of Thieves! For more helpful tips, check out the Shacknews Sea of Thieves guide and walkthrough.