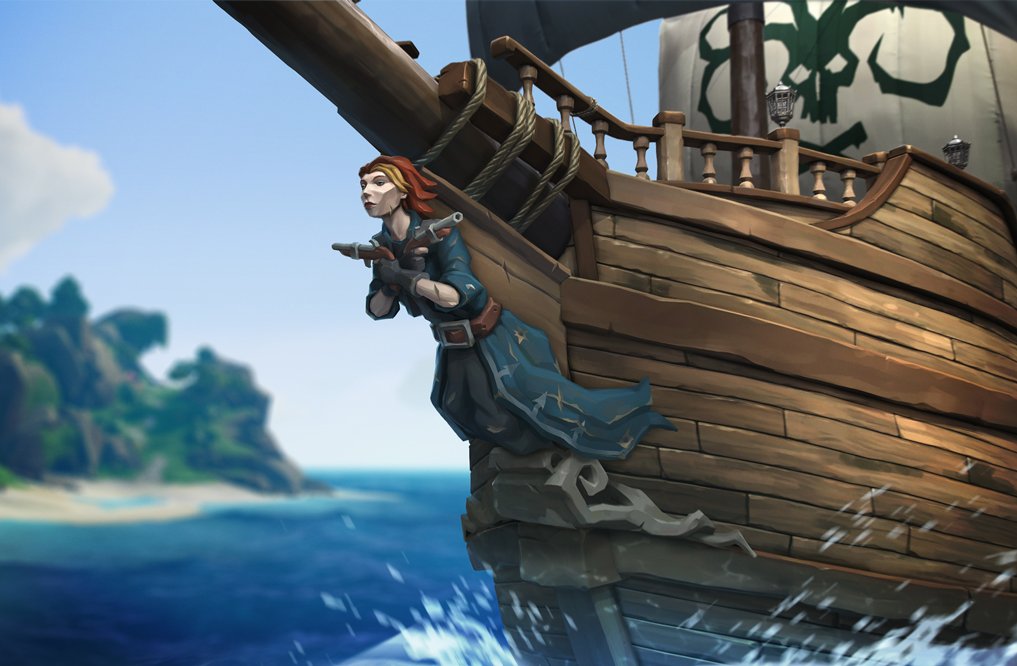 Customizing a ship is one of the many ways pirates can express themselves in Sea of Thieves, and nothing is quite as expressive as a formidable figurehead. Long-time fans of Rare will no doubt remember playing Perfect Dark back on the Nintendo 64 (or Xbox 360 and Xbox One), and now, for a short while, they can earn a Huntress Figurehead in Sea of Thieves that shares a striking resemblance with Joanna Dark.

How to unlock the Huntress Figurehead

For a very short time, players who tune into Mixer.com and watch the Xbox Gamescom 2018 stream will be able to earn the Perfect Dark Huntress Figurehead. Viewers will need to sign into their Xbox Live account, ensuring it is the same one they use to play Sea of Thieves.

Don't forget to tune into Inside Xbox tomorrow live from Gamescom for a first look at the Forsaken Shores content update! As a bonus, tune in via @WatchMixer to earn yourself the Perfect Dark inspired Huntress Figurehead. Watch at https://t.co/2HGQYEB7jx tomorrow from 3.30pm BST pic.twitter.com/xyAI183TW1

Once the stream ends, that’s it, players won’t be able to get their hands on the Huntress Figurehead until Rare releases it into the game for all players. Those who miss out on receiving it via the stream will simply need to wait a couple of months.

Check out the Shacknews Sea of Thieves guide and walkthrough for more helpful articles!