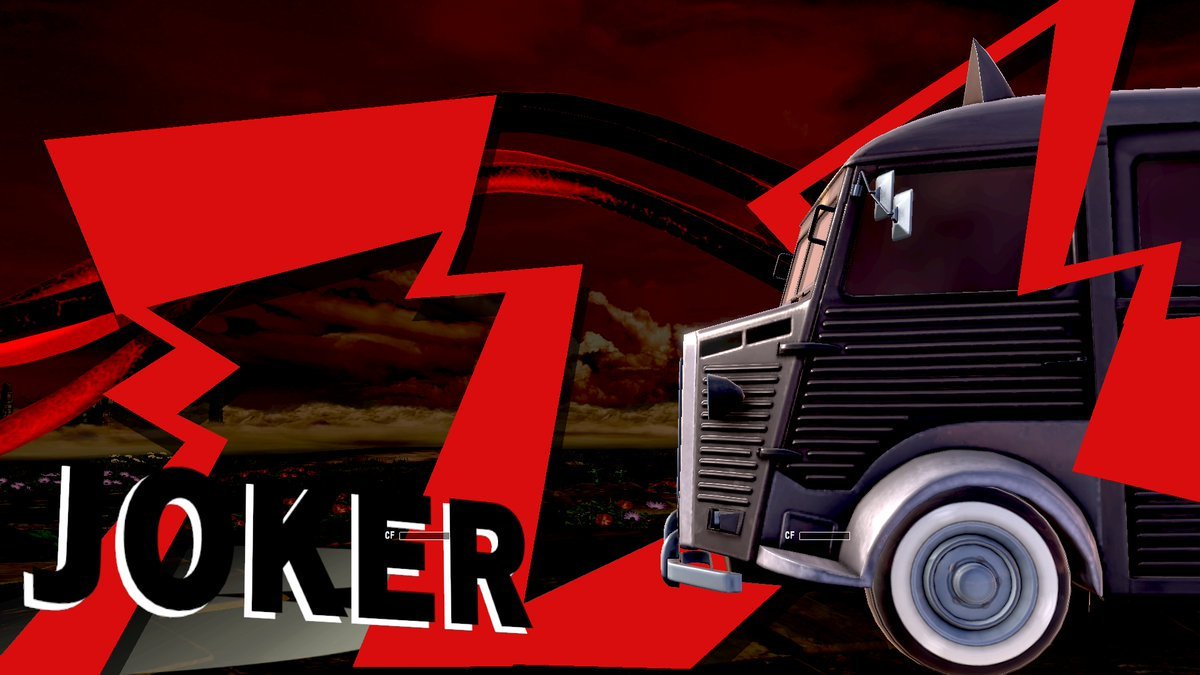 Persona 5's Joker has joined Super Smash Bros. Ultimate via Challenger Pack 1, and he's brought all kinds of cool things with him.

One in particular is Joker's victory screen, which can either replicate his Persona 5 victory screen or find him riding in the Morgana Car, which is like a tiny bus that's actually his feline companion Morgana. According to Nintendo, you can actually choose the victory sequence you'd like to see when holding down left, up, or right when you see "GAME!" after bringing home the win.

Joker’s victory screen in Super Smash Bros. Ultimate replicates Persona 5’s victory screen, but there’s also a version where you ride in the Morgana Car. Did you know you can choose the victory sequence by holding down left, up, or right when “GAME!” appears? pic.twitter.com/sfNAYa2fF6

The accompanying musical theme is one of the coolest songs in Persona 5 (next to "Last Surprise" and about a thousand other songs), as many who have played the game will certainly attest, with a killer bassline. The only thing that's different with Smash is that you don't have your EXP results, though Joker will keep running at the side of the screen, which is the best when you're trying to time a victory to kick in as he's running – trust me, I've done this a million times.

If you're ready to play with Joker, you can check out Smash now and grab the fighter, which comes with a ton of other cool Persona easter eggs, like the Mementos stage, which will change colors according to which game's music is played – for Persona 3 it'll be blue, and for Persona 4 it will change to yellow.

There are plenty of surprises that come with Joker, so make sure you let us know when you've discovered them all – and in the meantime, here's how you can unlock him for your Smash Ultimate roster.