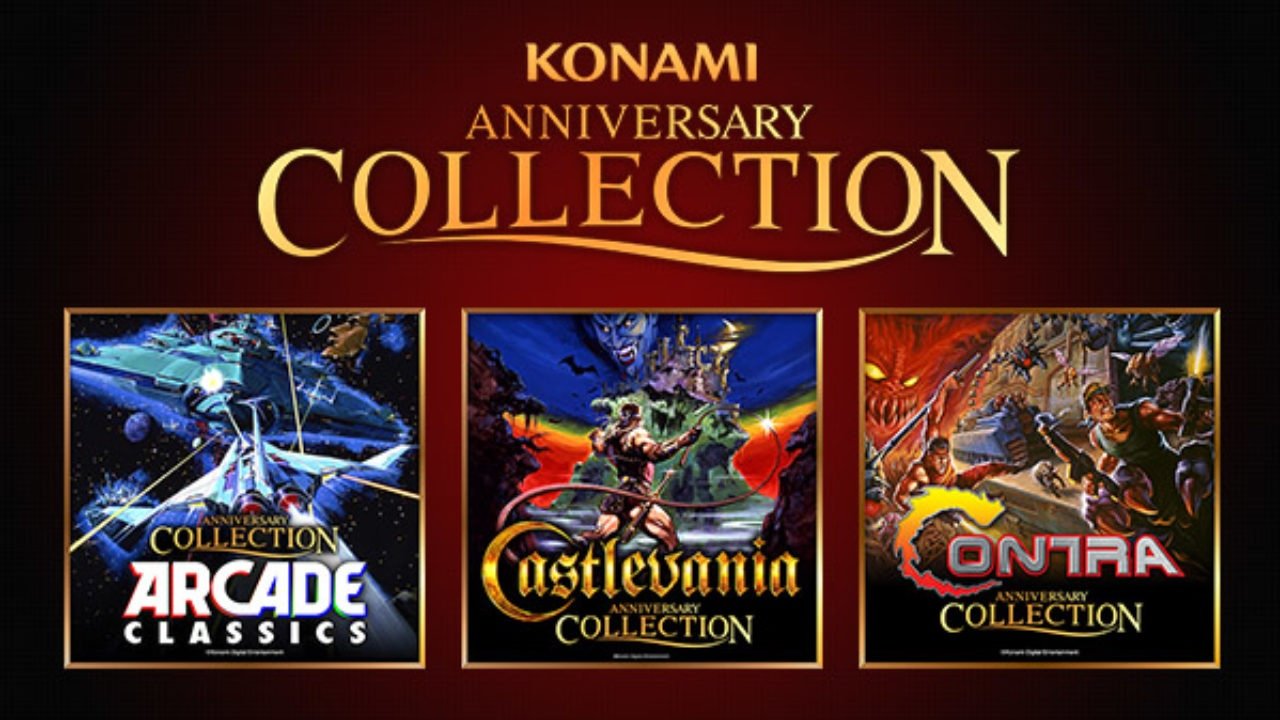 Konami is celebrating its 50 anniversary by bringing additional games to the masses.

You'll be able to pick up the Arcade Classics Anniversary Collection for $19.99 on April 18. It will include the following:

As far as the Castlevania collection goes, it will come packing Castlevania, Castlevania III: Dracula’s Curse, Super Castlevania IV, Castlevania II: Belmont’s Revenge, with additional games being added at a later date. It will also come with a special in-game Bonus Book including early developer's note sand an interview with Adi Shankar, who helmed the animated series along with a talented team.

Finally, the Contra franchise is celebrating 30 years out on the market, and Konami is adding a bundle of Contra games, too. the Contra Anniversary Collection will bring the arcade version of Contra, Super Contra, Super C, Contra III: The Alien Wars, and additional games to be announced later down the line. As with Castlevania, there's a special in-game Bonus Book as well to pore over.

Both the Castlevania and Contra collections are coming out in early summer 2019, with additional information coming at a later date. There will also be more titles announced soon, so we'll keep you up to date as soon as they are.