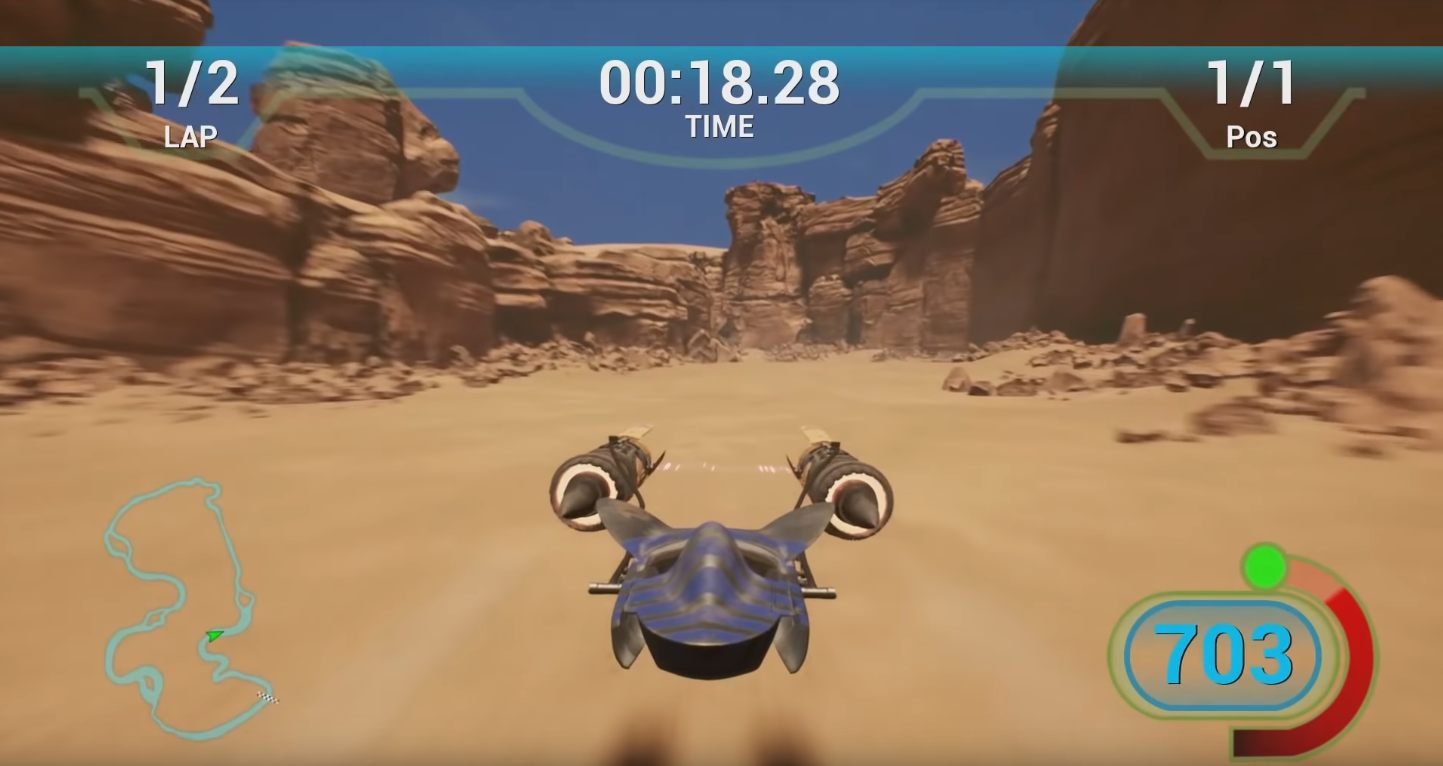 Whether you love or hate the prequel episodes in the Star Wars franchise, they supplied us with at least one thing that we all love: Jar-Jar Binks. Also, the Star Wars Episode 1: The Phantom Menace provided us with the cool sport called podracing, which spawned its own games. If you're hoping to play the podracing game or have yet to experience the magic, a dedicated fan is remaking Star Wars Episode 1: Racer using Unreal Engine 4.

Bluedrake42 found the Star Wars Episode 1: Racer game remade in Unreal Engine 4 just for fun and then jumped into a couple of podraces in the video below. The fan has not only remade one of the game's tracks and Anakin Skywalker's podracer, but he's included AI that you can race against. You can speed around the tracks in first or third-person, as well.

Star Wars Racer 2018 is a project by CG artist Rob Jin. He shared that the game took 10 months to create and initially was just an exercise to learn the basics of Unreal Engine. "In my madness, I tried to recreate a demo version of the game star wars pod racer released in 1999 on Arcade, N64, and Dreamcast," he says. "It is still very far from perfect (animation, optimization ...) and I still have a lot of things to learn but the game is playable and we can control the Anakin pod on the map Mos Espa, Tatooine."

If you'd like to play Star Wars Racer 2018, the Unreal Engine 4 remake of Star Wars Episode 1: Racer, you can download it and start racing now. Hopefully, the additional attention will push Rob Jin to continue the solid work that has been done so far. Potentially, other creators will jump in and start helping make new content for the build too. Stay tuned to Shacknews for additional updates.

Much love to Chatty community member InfoBiter for bringing this cool remake to our attention!

Battlefield 2042's technical playtest dates are coming up in mid-August