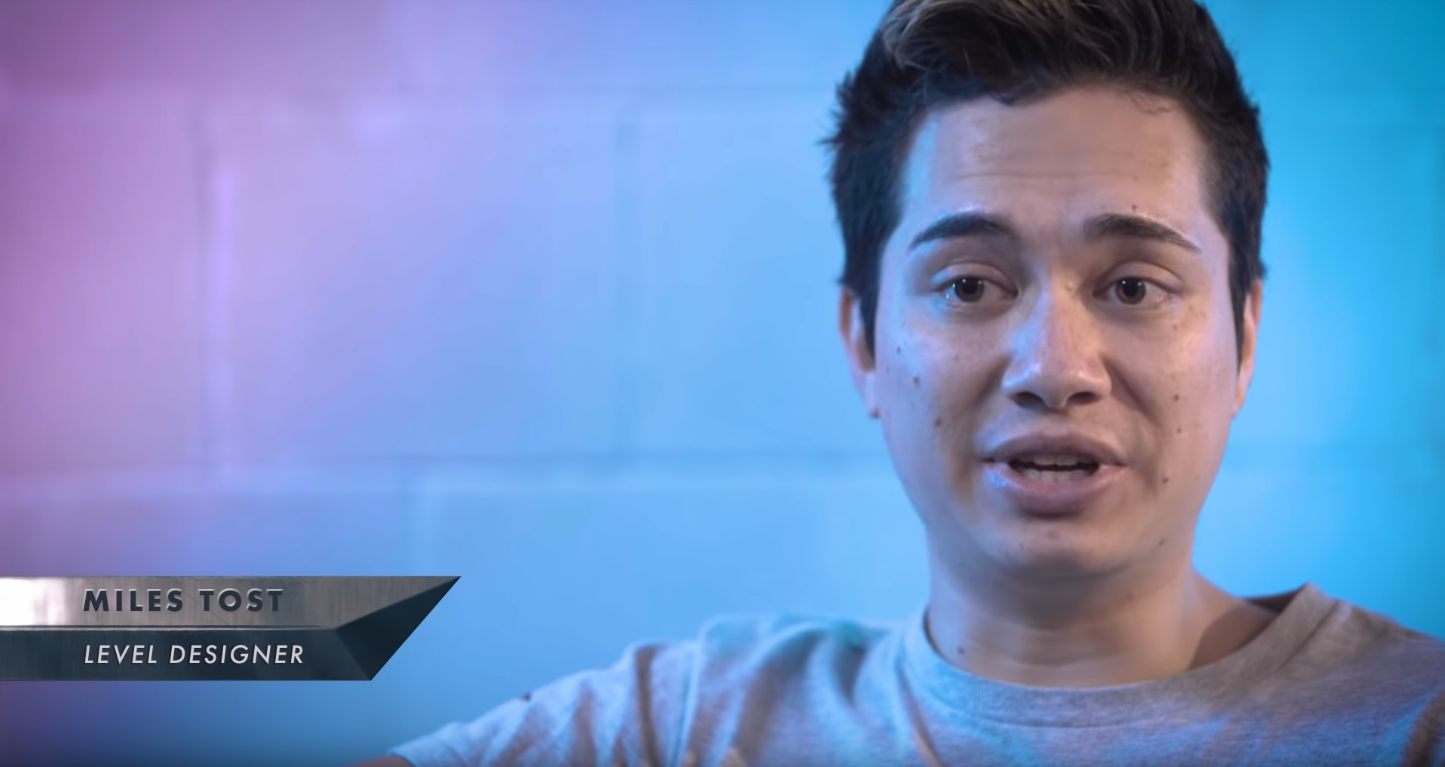 Any bits of information about Cyberpunk 2077 is highly coveted by a rabid fanbase looking forward to what CD Projekt Red has in store and a new featurette gives us a behind the scenes look at the initial rollout of the game's gameplay reveal. The team also speaks on some of the design challenges presented when switching from a project like The Witcher 3: Wild Hunt.

Throughout the featurette, which was posted on the official PlayStation YouTube channel, the CD Projekt Red staff reminisce on the time leading up to the E3 2018 debut. The team was silent for five years after its initial Cyberpunk 2077 teaser in 2013 and the team was on edge preparing the first real introduction to the game. There were element vastly different from The Witcher, like the fact that the team wasn't presenting a well-known and beloved character like Geralt. V, the lead character who can be fully customized in Cyberpunk 2077, was a real shift for the team. In addition, the shift to the first-person perspective while also adding the ability to drive vehicles brought on new design challenges.

Scattered throughout the feature, there are some bits of gameplay shown. There's what looks like a boss fight with a character that is using a weapon that fires a large laser, a stealth takedown, gunplay from a moving car, a shotgun blast against that same boss, and a glimpse of arm blades in use.

Cyberpunk 2077 is based on the Cyberpunk tabletop RPG created by Michael Pondsmith, taking place 50 years after the source material and in a parallel timeline. "This gave the team the freedom to create a game that respected and referenced the source material, but also suited the shift to the video game medium," the featurette narrator states. Before closing out, the narrator also points out that development for Cyberpunk 2077 is "far from over."

Cyberpunk 2077 doesn't have anything resembling an official release window yet, but is expected to be available on PC, PS4, and Xbox One when it arrives. CD Projekt Red has only shared that the game is coming "when it's ready" and reiterated that idea in this new featurette. If you're curious about games coming this year, check out the Shacknews 2019 video game release date schedule. Stay tuned to Shacknews for additional gaming and tech updates.