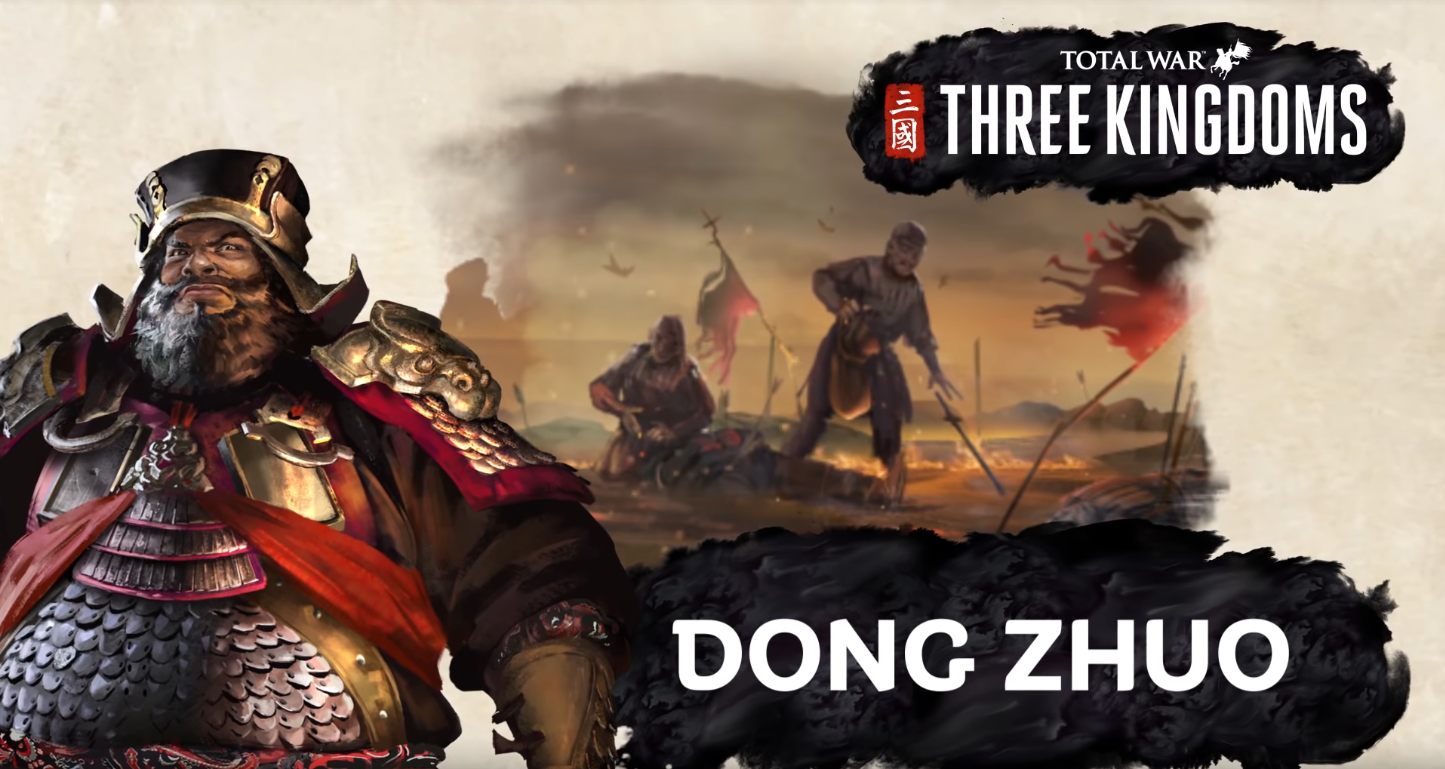 Players keeping an eye on Total War: Three Kingdoms thought the 11 announced warlords were going to be their only options at launch, but were surprised with the announcement of the tyrant Dong Zhuo as the 12th playable character. Now, Creative Assembly has officially released the first campaign gameplay for the aggressive warlord.

"Dong Zhuo is driven by greed and a need to incite fear, striking down all those who oppose him," the press release reads. "His playstyle relies on executing government officials, claiming vassal states as his own, and coercing deals out of those too weak to rise against him. With the Han Dynasty in his clutches and the might of his intimidation near unstoppable, victory will soon be in his grasp." Take a look at the short version of the Dong Zhuo gameplay reveal, with highlights taken from a longer Total War: Three Kingdoms Let's Play.

As shared when Dong Zhuo was revealed for Total War: Three Kingdoms, the character won't immediately be available when new players turn on the game. His campaign is unlocked by either defeating his army in a battle or by reaching the rank of Emperor. All of the 12 warlords have their own playstyles and Dong Zhuo's ruthless nature is reflected in a unique currency he utilizes: Intimidation.

Diplomacy isn't one of Dong Zhuo's strengths, so he uses Intimidation to coerce people into agreeing to his demands. Regarding his own armies, he can eliminate any member of his faction to make an example of them and/or squash any revolts. Dong Zhuo has other unique mechanics that embody his nature as a tyrant and will be a lot of fun for players who lean toward aggression.

Total War: Three Kingdoms was originally set to launch this month, but was delayed to May 23, 2019. It will be available on PC only. Stay tuned to Shacknews for additional gaming and tech updates.