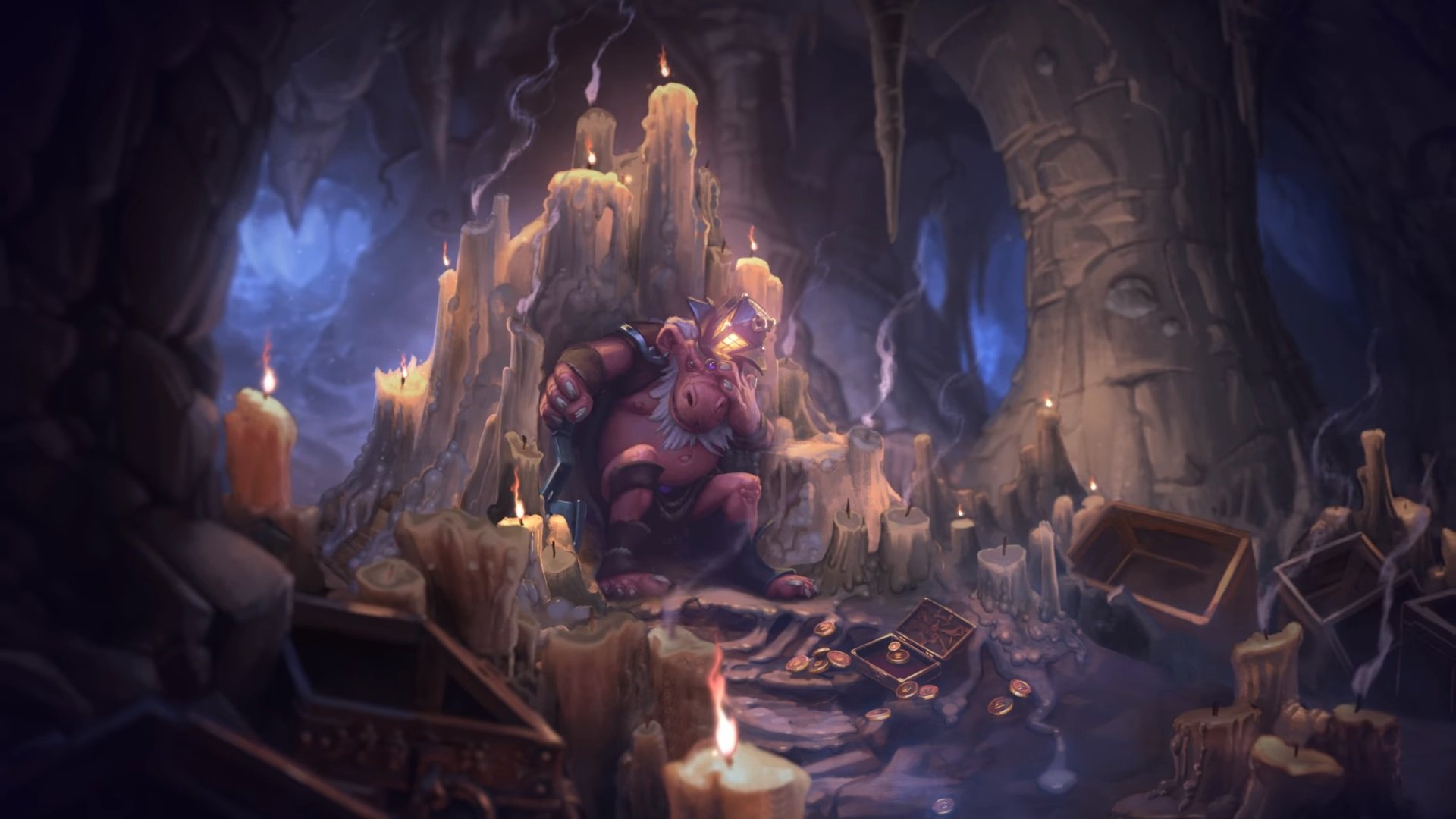 It's been a while since Hearthstone has issued out multiple teasers for an expansion. But Blizzard looks to be getting a team together for this first expansion of the new Standard year. On Thursday, the publisher released the second teaser, revealing another familiar face to those who have followed the collectible card game over the last couple of years.

Players once again check in with the wicked fortune teller Madam Lazul, who in turn shows us the fate of one King Togwaggle. He was the face of the Kobolds & Catacombs expansion, specifically that expansion's single-player Dungeon Run mode. Apparently, Togwaggle has fallen on hard times since that expansion released, having lost all of his treasure. But whatever mysterious team appears to be getting together, Togwaggle looks to be its newest member. With the promise of new riches on the horizon, the Kobold king appears to be all-in on whatever this new venture is.

King Togwaggle pops up a week after Blizzard first unveiled plans for Hearthstone's Year of the Dragon. One of Blizzard's priority items for this next Standard year includes an increased emphasis on Hearthstone's PvE experience, with a year-long storyline set to unfold throughout 2019. The next Solo Adventure is still largely under wraps, but the rewards look to be plentiful, so much so that Blizzard is returning to the old Solo Adventure pricing model. With copious rewards apparently in place, no wonder King Togwaggle wants in on the action.

Stay tuned to Shacknews, as the mystery of what's next continues to unfold. The next Hearthstone expansion's release date is currently unknown, but when it does release, it'll mark the start of the new Standard year. That means the Journey to Un'Goro, Knights of the Frozen Throne, and Kobolds & Catacombs expansions will rotate out to Wild. The Hearthstone website has even more information about the Year of the Dragon, so visit there, if you haven't already.

Klonoa trademarks suggest Bandai Namco could be preparing a remaster