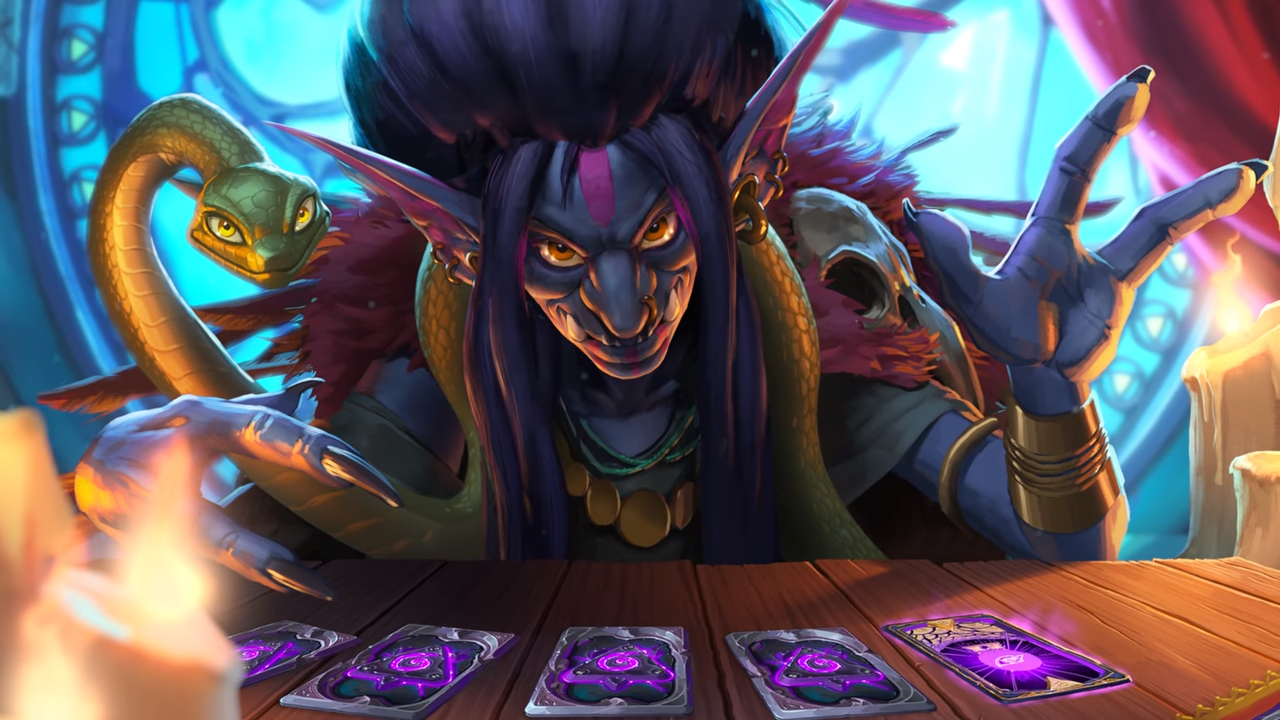 The Hearthstone Standard year is on the verge of changing over. That means there's a new expansion is on the way. While Blizzard has some ambitious plans for 2019 that have already been revealed, the card game's next expansion has been shrouded in mystery. But on Tuesday, the first teaser was revealed.

Those who have followed Hearthstone to this point will recognize this ominous figure. This is Madam Lazul, the creepy fortune teller who took center stage for the Whispers of the Old Gods expansion back in 2016. After a three-year absence, she appears to be back and taking a key role in whatever's next.

What does her presence mean? Does it mean the Old Gods are potentially on their way back? Will they be back in a new capacity? Or does she have some new wicked machinations in the works for the denizens of Azeroth? These answers are all currently unknown, but speculation for the next expansion can now begin in earnest. One thing for sure, the old fortune teller makes reference to "calling in a team," so make of that what you will.

Madame Lazul's presence comes nearly a full week after Blizzard revealed plans for Hearthstone's Year of the Dragon. Among the items teased for the next Standard year include an increased emphasis on Hearthstone's PvE experience, with the publisher promising a year-long storyline that's set to unfold throughout 2019. The next Solo Adventure is as shrouded in mystery as Madame Lazul, but the rewards are hefty, the content is said to robust, and it'll be the first to return to the old pricing structure of the original PvE adventures.

Stay tuned to Shacknews, as we keep an eye on this continuing mystery. The next Hearthstone expansion's release date is currently unknown, but when it does release, that'll mark the start of the new Standard year. So start making peace with Journey to Un'Goro, Knights of the Frozen Throne, and Kobolds & Catacombs while you can, because those will soon be rotating out to Wild. The Hearthstone website has even more information about the Year of the Dragon, so visit there, if you haven't already.