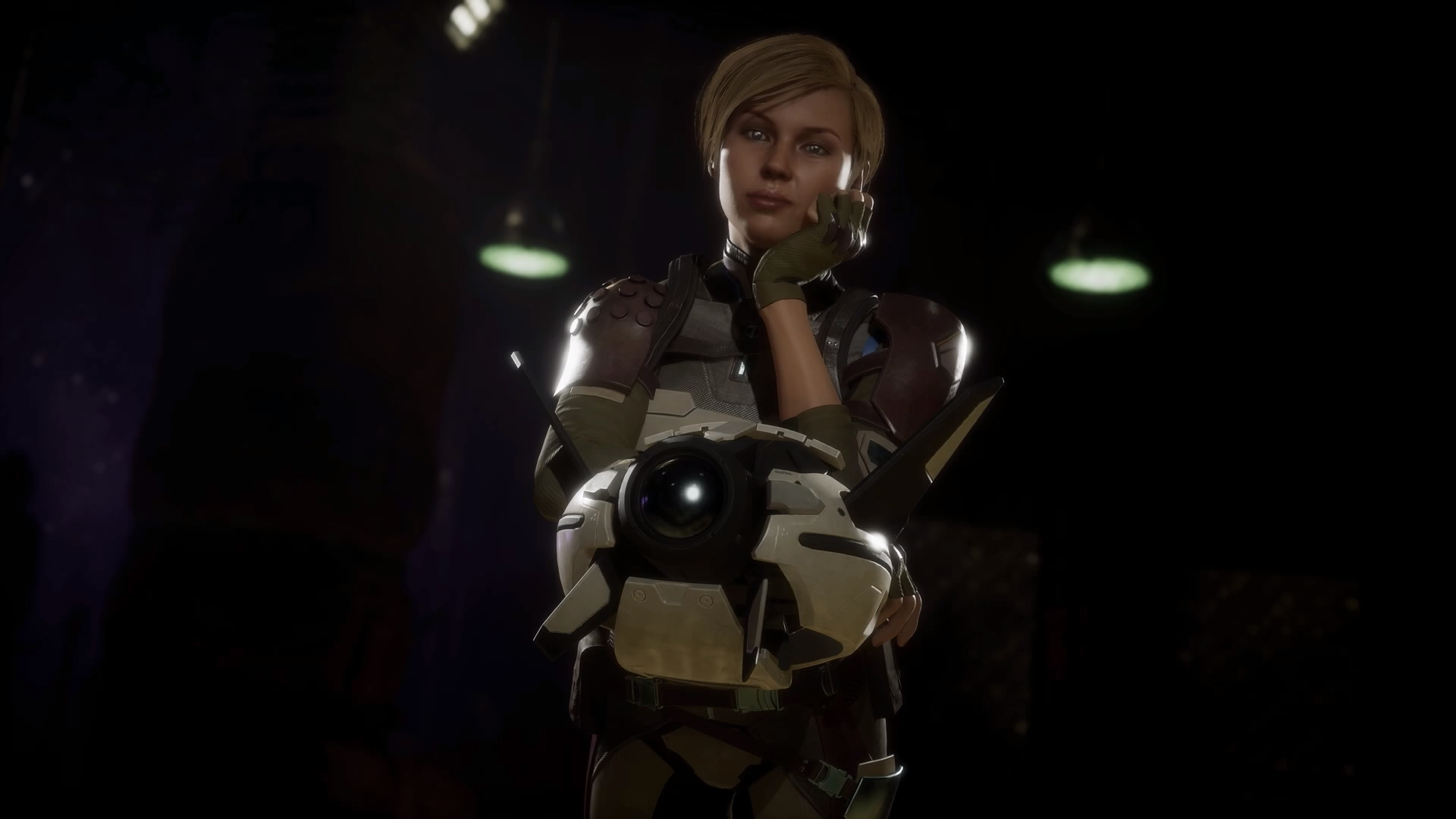 Mortal Kombat 11's release date is drawing ever closer, which is part of the reason why NetherRealm appears to be stacking multiple reveals into a single day. This morning, the studio revealed the full Story Mode trailer, not only showing where MK11's narrative fits in with the rebooted MK lore, but also showing off some new characters. One of those characters was featured in a new trailer that debuted on Wednesday's KombatKast livestream: Cassie Cage.

Cassie Cage returns from Mortal Kombat X, bringing with her the military expertise of her mother Sonya Blade and the shadow kicking abilities of her father Johnny Cage. One of her variations is on full display in this trailer, seeing her bring along a drone to aid her in battle. Cassie uses the drone to propel herself into her opponent or straight-up zap them in the chest. She also brings her own firearms into the fight, using point-blank shots as part of her variety of combos.

Interestingly, this trailer doubles as a showcase for another recently-revealed character who didn't get a full-blown trailer. Players get to watch Kano kick some serious butt, using command grabs and knife attacks to get an advantage over his opponents.

But ultimately, this is Cassie's trailer, so she gets to end it with her Fatality. And what a Fatality it is, as she kicks Kano in the nuts so hard, his skeleton comes straight out of the top of his head! YEE-OWCH!

If you missed it earlier today, Cassie also makes an appearance in this morning's Story Mode trailer. Mortal Kombat 11 will release on April 23 on PC, PlayStation 4, Xbox One, and Nintendo Switch. For you PS4 and Xbox One owners, don't forget that there's an online stress test set to kick off next weekend, so sign up while you still can.