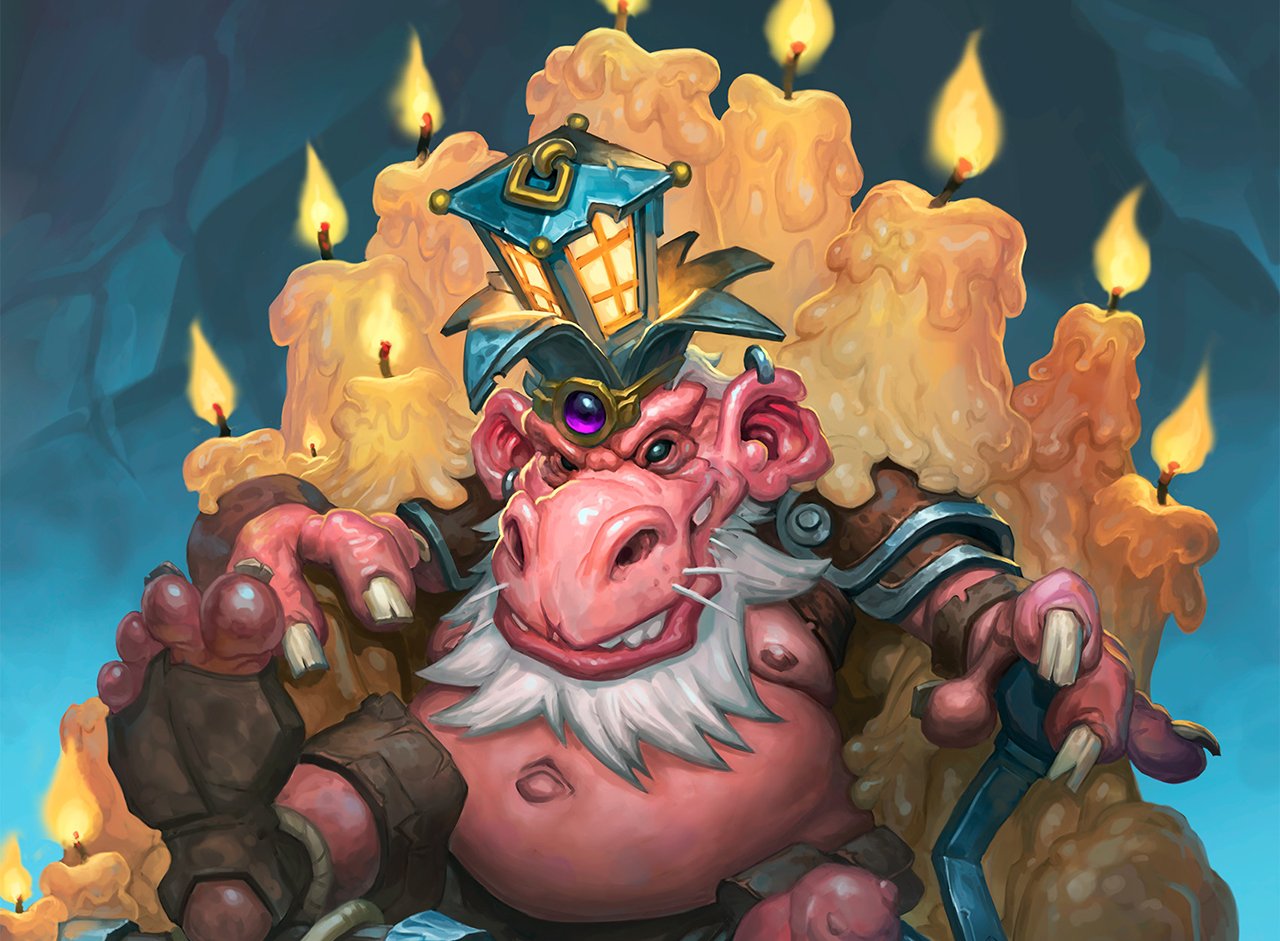 Hearthstone: 4 decks to watch during the 2018 HCT Winter Championship

While there's plenty to watch for anyone who follows the competitive Hearthstone esports scene, there should also be a few things worth checking out if you're a casual Hearthstone player. There's no better way to learn than from the best. For today, we're spotlighting a few of the outside-the-box decks, speculating on how they'll fare this weekend. And if they pan out, perhaps you can try them out in your own Hearthstone games.

We start with a fun one out of the gate. Not a lot of players packed Hakkar, the Soulflayer and Ji Yong "Definition" Yun is the only player who packed it as a specific win condition. Here's what Hakkar does. Upon dying, he shuffles a Corrupted Blood card into both players' decks. It'll deal three damage when drawn and then replicate itself twice in the player's deck.

The key to victory here isn't just to play Hakkar, Innervate, and Naturalize and then hope for the best. It's to ensure the opponent eats all the Corrupted Bloods. To do that, the Druid uses its myriad of Armor cards and card draw tools before dropping down King Togwaggle, leaving the opponent with a virtually empty deck. Virtually, because the only cards remaining are Corrupted Bloods.

This is a high IQ deck, because there's a lot that can go wrong here. If Definition gets a chance to trot this out, it'll be interesting to see if he can get decent mileage out of it. Further working in his favor is that not a lot of players are bringing out Skulking Geist anymore, so there are no real hard counters for those Corrupted Bloods this weekend.

The zoo hasn't been doing much business since Update 13.0.3 when Saronite Chain Gang got bopped with the nerf bat. But Guan "SNJing" Zhendong not only brings out the only Zoolock deck of the weekeend, he also offers one of its most interesting iterations.

The first thing to note is that he doesn't look to buff minions in-hand, he's seeking to buff minions already on the board. That's one reason why Doubling Imp, a Zoolock staple, has been left behind.

No, the real MVP of this deck appears to be Explodinator. His 0/2 Goblin Bombs don't appear to be very threatening on their face. However, they provide valuable bodies for Grim Rally and Fungalmancer. Even Hellfire can set them off, which has the potential of doing 7 damage to face.

With a majority of this weekend's decks designed for the long game, SNJing's Zoolock is a much more aggressive deck and could end games surprisingly fast.

The Topsy Priest first surfaced around the start of The Boomsday Project. It's an exceptionally high IQ play that involves a lot of moving parts. The centerpiece is Test Subject, which brings back any spells cast on it. That includes the 0-mana Topsy Turvy and the 3-mana Vivid Nightmare, which creates a Test Subject copy.

With enough Test Subjects sacrificed and enough Radiant Elementals on the board, the player can then lay down a simple 1/1 Stonetusk Boar, buff it up into something hideous, and make multiple copies with Vivid Nightmare, which allow them to plow through any Taunts. Again, it requires a lot of mental gymnastics to get right, but when it hits, there's no stopping it.

Matt "noblord" Koutsoutis certainly has the IQ to pull this deck off, but whether he'll be able to nail the full combo in this much of a competitive environment remains to be seen.

I had to check the calendar to make sure that this is indeed 2019. That's no hallucination. That is a Murloc Paladin.

It's been a hot minute since Murloc Paladin has been a deck of consequence, but when the meta leans towards control decks and long OTK setups, it leaves a hole for the aggro deck. It's a hole that Torben "Viper" Wahl intends to fill. And while some of the Murloc Paladin's more interesting plays have gone away, the 1-2 turn sequence of Murloc Tidecaller and Rockpool Hunter is still as potent as ever.

Even with the Murloc Warleader nerf issued way back in Update 9.1, there are still plenty of tools for the Murloc Paladin to win and win quickly. Call to Arms gets multiple Murlocs on the board fast, setting up a potential Turn 6 Gentle Megasaur or Sunkeeper Tarim.

The trick is going to be keeping all of these Murlocs alive and because of the wealth of control options on display this weekend, that won't be easy. Viper's path to victory involves getting off the ground running and it'll be interesting to see if the Murloc Paladin can still pull that off.

The HCT 2018 Winter Championship begins this Thursday, February 28 and runs through Sunday, March 3. Catch all of the action on the Hearthstone Twitch Channel. And remember, you have just hours left to Choose Your Champion for a chance to win Rastakhan's Rumble card packs.

Diablo 2: Resurrected will allow save imports on PC from the original game
Login / Register