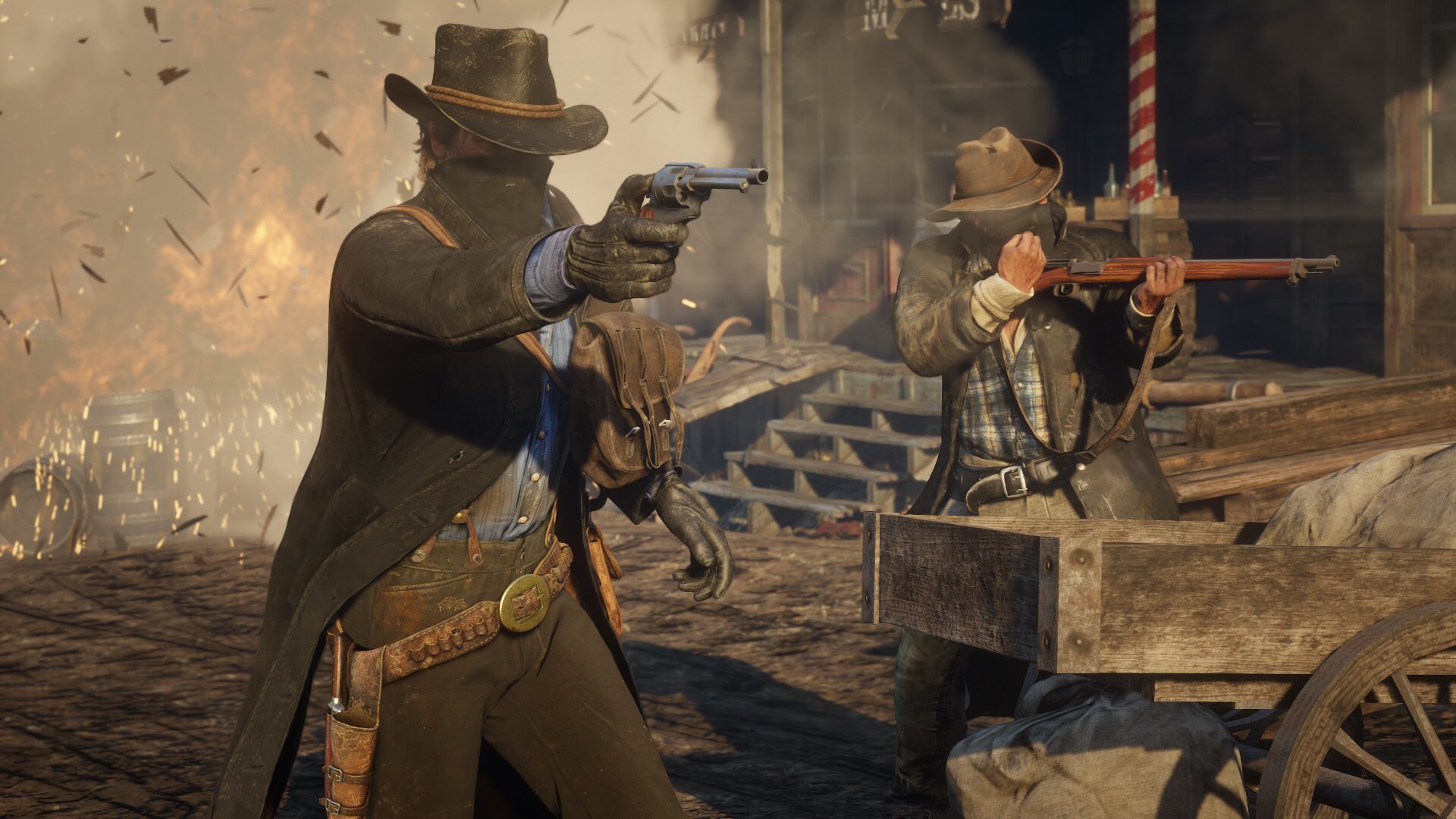 Red Dead Redemption 2 has continued to captivate players with Rockstar's distinct style of gameplay and its western setting. But while the single-player story has been the main attraction, Rockstar is still working to get all the pieces of Red Dead Online up to snuff for a full release. On Tuesday, the publisher announced the latest update for the online mode's beta, one that it's calling the biggest one so far.

The other major addition involves tweaks to the Bounty System. Causing enough trouble will not only put a price on your head for other players, but it'll also attract the attention of NPC bounty hunters. And while humans might step away for lunch or bathroom breaks, NPCs do not eat, nor do they require the use of a potty. So cause enough trouble and the NPCs will reach an elevated level of relentlessness.

The rest of the update contains assorted new features, such as a new Rare Shotgun, a slew of new outfits, a collection of new emotes, and more. This will all set the table for the big gameplay addition set to come next week in the form of a new Free Roam Event called Fool's Gold. In Fool's Gold, players must take down the target wearing a suit of gold armor. Racking up kills while wearing the armor will earn additional points. Rotating game modes are being promised each week, with Target Races, Fishing Challenges, and three new Showdown Modes being promised in the weeks ahead.

If this sounds like a good time to jump into the Red Dead Online Beta, then you might as well collect some freebies along the way. Log in before March 5 and search the Camp's Lockbox or the Post Office for a care package filled with useful items.

For more on this big Red Dead Online Beta update, be sure to visit the Rockstar website. If single-player is more your thing, then take a moment to look through our full walkthrough and guide.