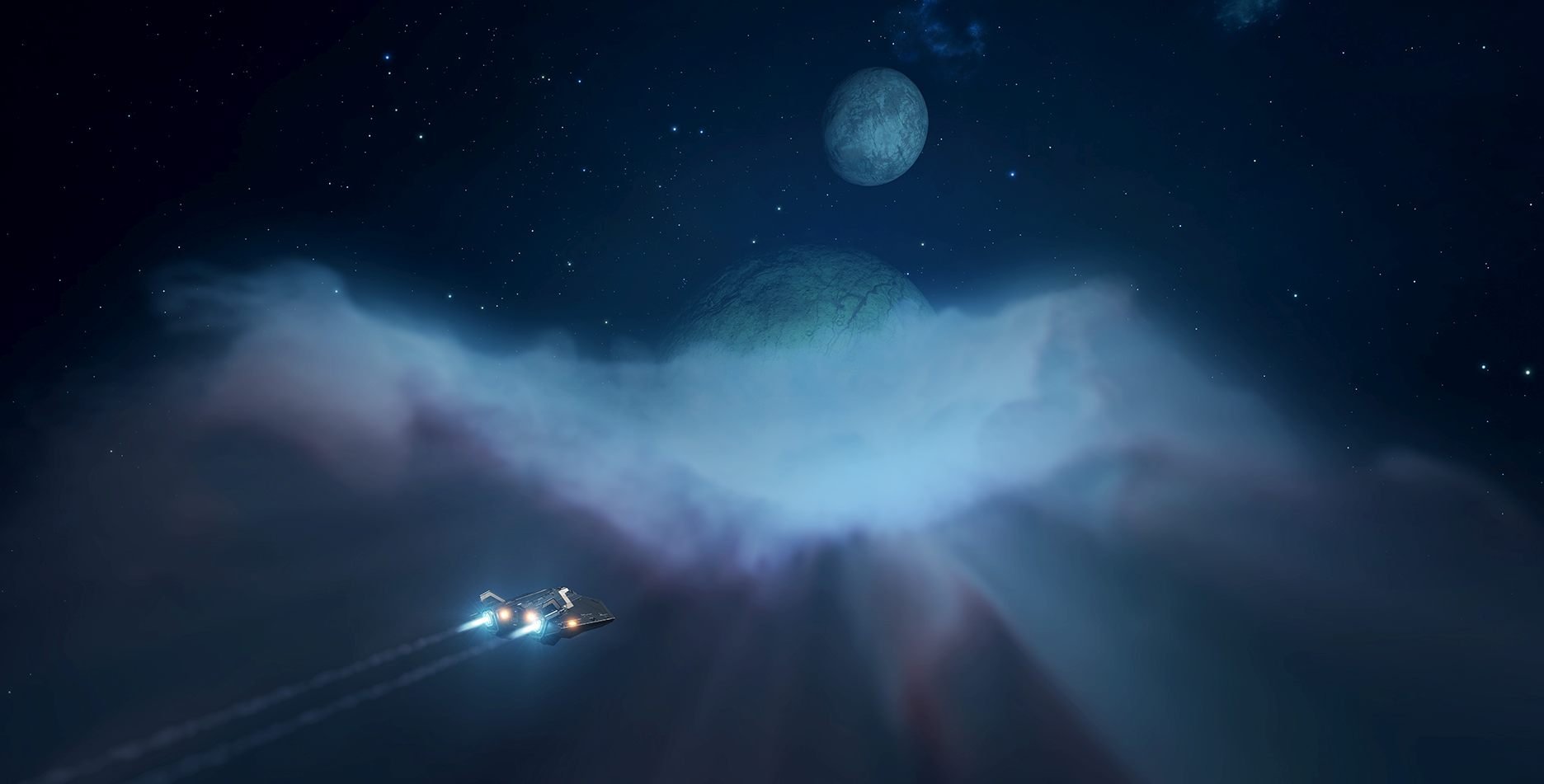 Frontier Developments opened players up to a massive endeavor when creating a 1:1 scale open-world take on the Milky Way galaxy, comprised of 400 billion star systems. With such a massive sandbox available, Elite: Dangerous players have been carving out their own legacies within the world with various feats and records, but one player got a bit too ambitious and ended up stranded in the void. Five pilots of the Fuel Rats crew have dedicated themselves to rescuing the pilot and its not their first time going on such a journey.

RockPaperShotgun reports that commander Deluvian Reyes Cruz flew off the edge of the Milky Way galaxy in an effort to set the record for the furthest distance from Sol, the system that houses Earth, but he miscalculated the fuel needed to jump back to a star and refuel.

In Elite: Dangerous, there are three ways to fly through space. Standard flight is self-explanatory. Supercruise is the next step up, propelling ships at a speed that is faster than light within star systems. The last means is the use of hyperspace to jump between star systems. The trick with this record that continues to get set by Elite: Dangerous pilots is that there are no systems in the void for hyperspace jumps. Therefore, pilots have to use Supercruise to push out farther and farther in real time.

Therefore, to accomplish this trip into the void, players have to put in real hours of travel while in Supercruise. It's a lot easier to see how much fuel is needed for each hyperspace jump, but not so easy to calculate with Supercruise. This fact, along with the insatiable hunger to break records, has resulted in many pilots getting stranded. Who ya gonna call when you're stranded in the void? The Fuel Rats.

Deluvian set the record for distance traveled from Sol with 65,705 lightyears, topping the previous record set by commander Persera. Persera also ended up needing the help of the Fuel Rats when she ended up stranded after setting the record. The journey that has left Deluvian stranded was an attempt to beat his own record, but he misjudged his fuel and has been stranded in the void since November 2018. Here's the statement from commander Highwaywarrior, a Fuel rats member and one of the five pilots heading out on this rescue mission:

"The planning for this mission has been painstaking. It's taken over 3 days to work the numbers and the science to the point that we have a detailed plan. CrunchyBaton of the Fuel Rats is truly the brains behind this operation and without his expertise we'd probably not get it off the landing pad.

The preparation has been insane. I've had to return to the bubble from Colonia, get a Cutter and engineer the nuts off it. Given that the only engineer I had any rep with was Felicity Farseer I had my work cut out to gain rep with the others and also farm the materials I needed. On top of that I had to get The Guardian tech which would be essential for making this Cutter Tanker fly. I now have a Cutter Tanker with a 53ly jump range, capable of carrying 768T of fuel and 100 limpets.

And it isn't just me. 4 others have been doing similar work to engineer their ships in order to ensure we get to Cmdr Deluvian's system and then achieve the 600hrs in Supercruise necessary to reach him.

I remember the rescue of Cmdr Persera and the talk of "Operation Black Buck" which was a Falklands War mission to get the Vulcans down there from the UK. This rescue mission is closer to Black Buck than that rescue ever was.

So, 5 of us are en route to assist Cmdr Deluvian. In total we have the capacity to carry 2576t of fuel and 632 limpets. Out of the 5, only two of us will actually make it to him to deliver the fuel he needs. It is a team undertaking the likes of which I have never known before in the Fuel Rats. We have started as a team and we will finish as one - and we will get Cmdr Deluvian out of there.

Follow The Fuel Rats on Twitter where I'm sure further updates will be posted in due course.

For now, I've got some serious flying to do but I will keep you updated as much as I can along the way. I'm sure Cmdr Deluvian will also want to keep you updated on his situation as we make best speed to him.

It is a privilege to be a part of this fine team of Rats involved in this audacious rescue."

The rescue mission started earlier in 2019 and should be completed sometime this weekend if all goes well. Elite: Dangerous launched initially in 2014 and is available on PC, PS4, and Xbox One. Stay tuned for additional updates.