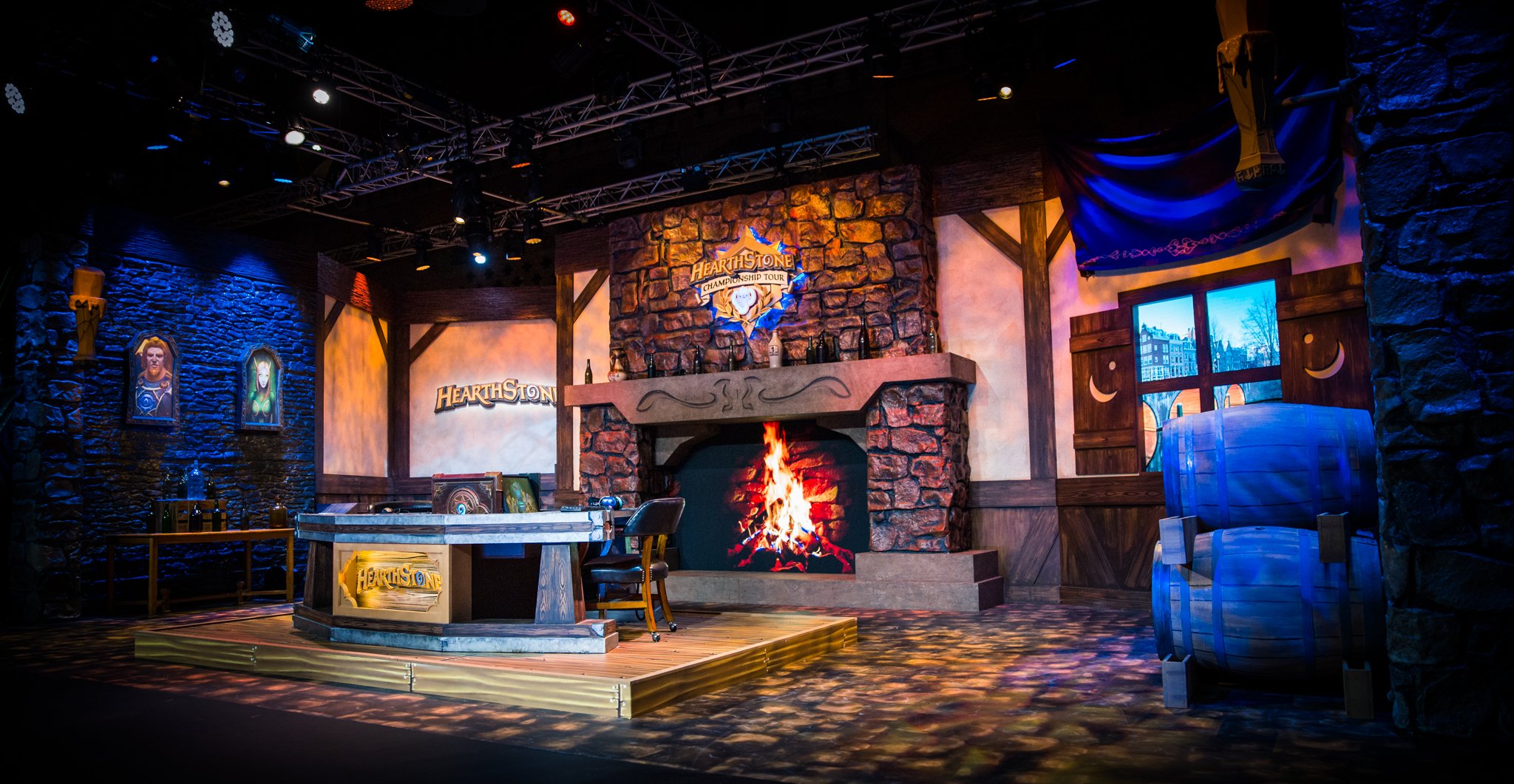 Blizzard previously outlined details for some of the changes that the 2019 Hearthstone Championship Tour will undergo. On Thursday, the publisher revealed some more about the future of the card game's esports future. That future includes the returning Hearthstone Masters circuit that's set to kick off in Las Vegas. But more than that, the biggest change is to the very format that Hearthstone tournaments run.

To this point, Hearthstone esports has run on the Conquest format, which sees players bring in four decks from different classes, with the idea to win with all of them. That format is going away in favor of the new Specialist format. Specialist will see pro players submit three decks, all from the same class. One of those decks will be primary, while the other two are secondary and tertiary. The backup decks will only have up to five different cards from the primary deck. If Game 1 doesn't go the pro's way, they can switch to the secondary or tertiary deck to try and answer. Blizzard will be monitoring the use of the Specialist format throughout 2019 and adjust where necessary.

With the new format comes an overhauled Hearthstone Masters. Recall that in 2018, Masters debuted as a way to recognize consistently good performance from top players. This year, Blizzard will introduce Masters Qualifiers, which will consist of roughly 30 tournaments, which qualifying players can enter via Battlefy. Winning the Masters Qualifier will earn that player a trip to the corresponding Masters Tour event. The first of these tournaments are set for March 5. For those thinking about trying their luck, a good performance also potentially means free card packs.

Those looking to secure their spot via the Ranked Ladder will have to get to work, because the top 200 players in the Standard ladder will be invited to player in a Ranked Ladder Qualifier. From there, only four players will advance.

The Hearthstone Masters Tour will host the winners of these tournaments, with the first big event set to take place in Las Vegas from June 14-16. The event will be hosted at the LINQ, where the winners of the Qualifiers will compete for a $250,000 prize pool. That prize pool could grow with the addition of a new esports bundle set to hit the Hearthstone in-game Shop. Purchase of this bundle will add to the prize pool of Hearthstone Masters Tour events throughout the year, adding to the $4 million in prize money already committed to the 2019 Hearthstone Championship Tour season. Look for information on the esports bundle to come at a later date.

There are a few other ways to make it to the Hearthstone Masters Tour stops. These include placing in the top four of a Ranked Ladder Qualifier, securing an invite by winning a licensed third-party tournament, finishing as a top performer at previous tour stops, qualifying through the China Gold series, or finishing out this Standard year with 120 Hearthstone Competitive Points or more.

The current schedule of Hearthstone Masters play can be found on the Hearthstone website. Those looking to test their mettle in the Masters Qualifiers can sign up on Battlefy.