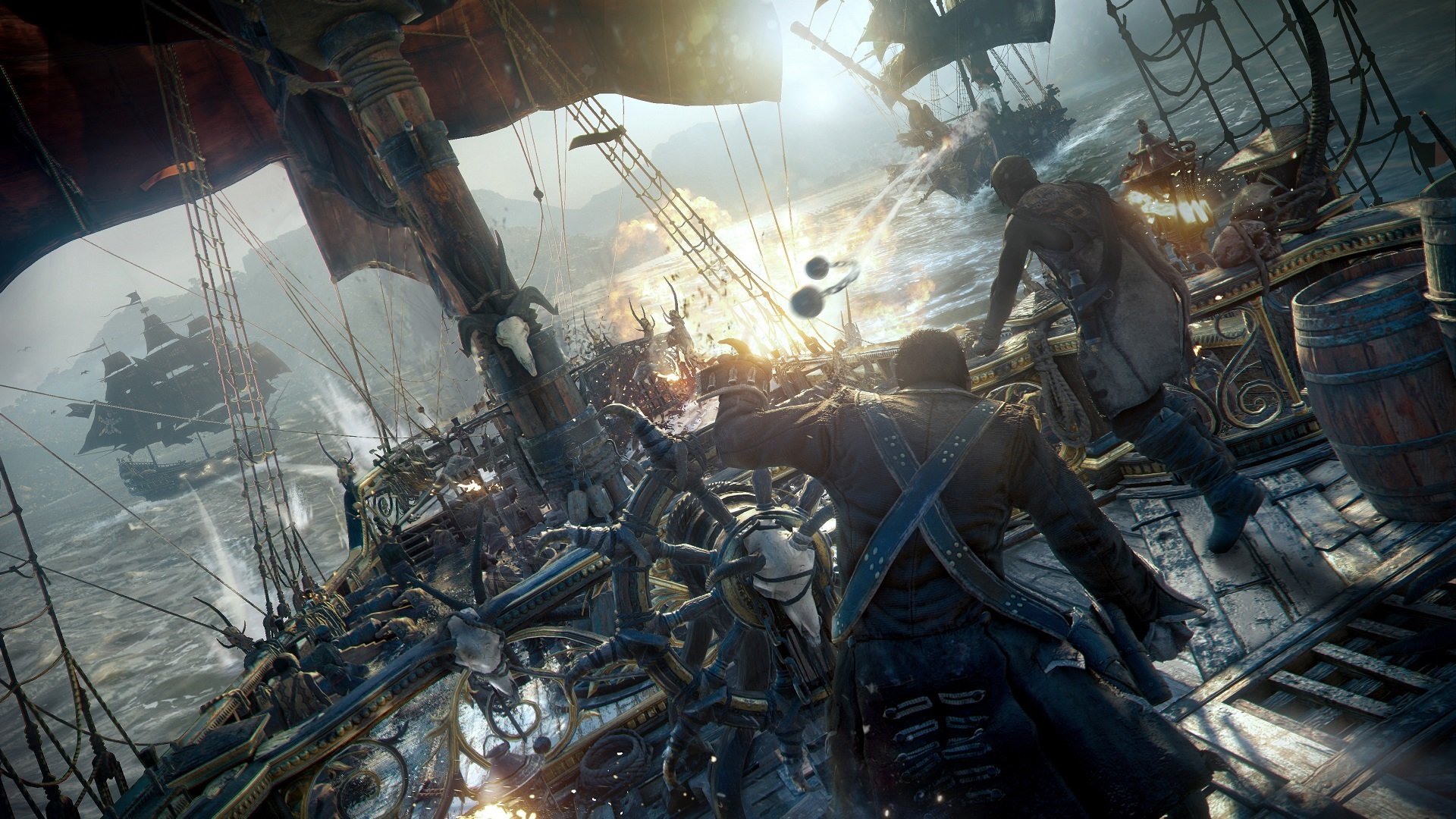 Video games are starting to hit movie and TV screens at a more frequent pace. However, they're normally based on known quantities, which is what makes today's news a bit more interesting. Publisher Ubisoft has revealed that it is working on a new television series based on a game that has yet to be released, the pirate game Skull & Bones.

According to the Hollywood Reporter, Ubisoft is working with Atlas Entertainment on an official adaptation for the upcoming Skull & Bones. The series is being described as a "female-driven drama," following a crew of pirates along the Indian Ocean during the age of piracy in the 18th century. Amanda Segel, who last worked on Spike TV's 2017 Stephen King adaptation The Mist, has been tapped to executive produce the pilot.

Ubisoft is not shy about giving its major IPs the adaptation treatment. One of the most recent examples is The Division, which is still slated to get a motion picture starring Jake Gyllenhaal and Jessica Chastain. Gyllenhaal already has experience starring in a Prince of Persia movie. Just a few years ago, Ubisoft released an Assassin's Creed movie starring Michael Fassbender. Then there's Far Cry 5, which got a live action prequel just prior to that game's release. As for television shows, Ubisoft has experience bringing its Raving Rabbids franchise to the small screen back in 2013.

But Skull & Bones is a new frontier, given that the game still hasn't released. First revealed at E3 2017, Skull & Bones puts players in the role of a customizable pirate, where they'll sail around the ocean with a crew of up to five other players. They'll engage in realistic naval battles, accounting for wind resistance, the tide, and other factors before sinking or boarding opposing shits.

Skull & Bones is set to release sometime in 2019 on PC and consoles. No word on when the TV series would be estimated to air.