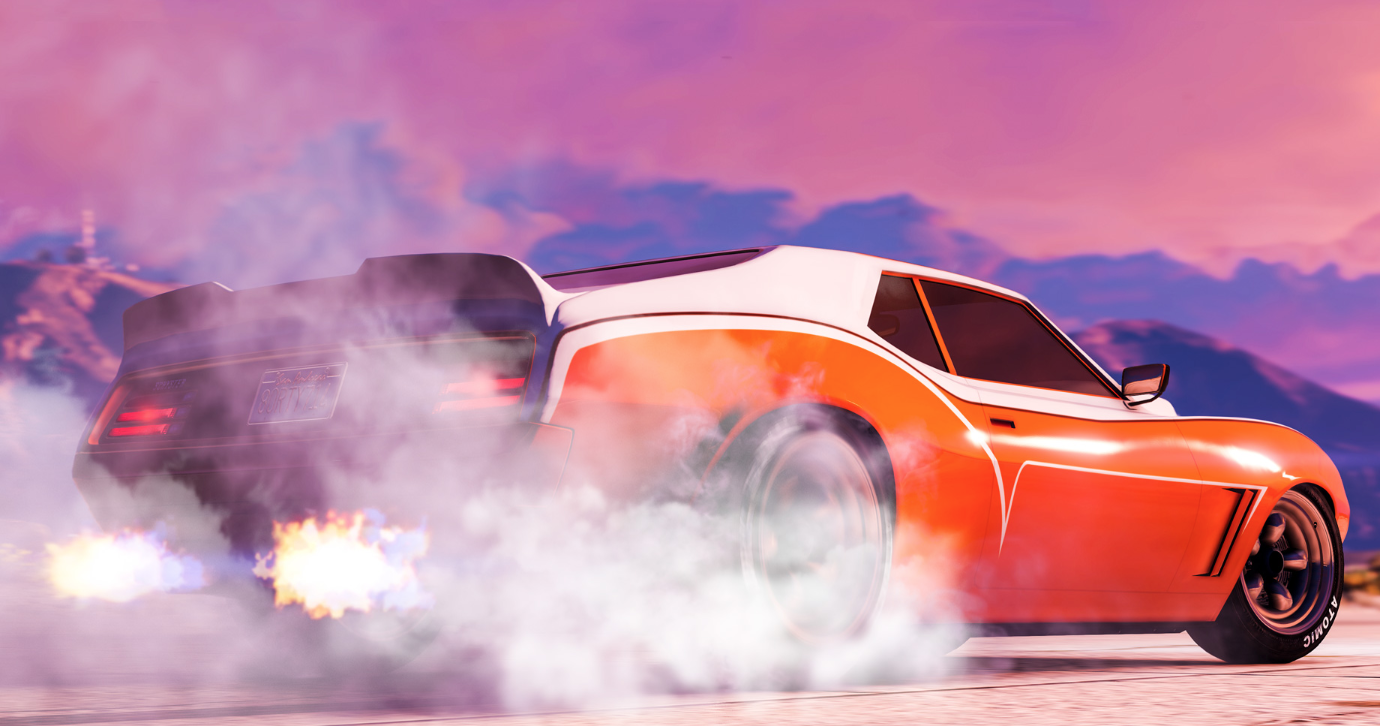 Looking to upgrade your ride in GTA Online? You might want to take a look at the Schyster Deviant, available in-game now at Legendary Motorsport. It looks, in a word, monstrous.

The Deviant wasn't always taken seriously in the world of muscle cars in GTA Online, but it's now been souped up by Team Schyster as of the latest GTA Online update. It's been remodeled, revamped, and re-engineered, and now it's zooming around the streets of Los Santos. Make sure you give that a look next time you log in!

In celebration of the Deviant's debut, Team Schyster is giving anyone who logs in this week a Schyster T-shirt. It's white with the logo on the front just in case you want to rep the brand hardcore or something like that.

There's also Double GTA$ and RP up for grabs right now on the RC Bandito Races all week long. You can also earn double rewards on Trading Places (Remix) if you're looking to bolster your reward stash. There's even a 2X Boost on Nightclub Popularity for those interested in gaining additional street cred when it comes to Nightclub Management missions - as well as pay bump in Nightclub Income at twice the usual rate.

If you're feeling lucky, Business Battle Crates, when successfully delivered, have a chance of dropping GTA$50,000 as well as a mixture of rare T-shirts from vehicle manufacturers and After Hours DJs so you can up your wardrobe factor considerably.

Along with all these other updates, there are plenty of sales on various Nightclub supplies/garages and warehouses as well as premium attack vehicles, and more. It's a great time to jump into GTA Online if you haven't already. There's always a set of updates like this going around, and looks like some pretty interesting free stuff (like in-game cash) up for grabs. Let us know if you end up snagging a Schyster Deviant!