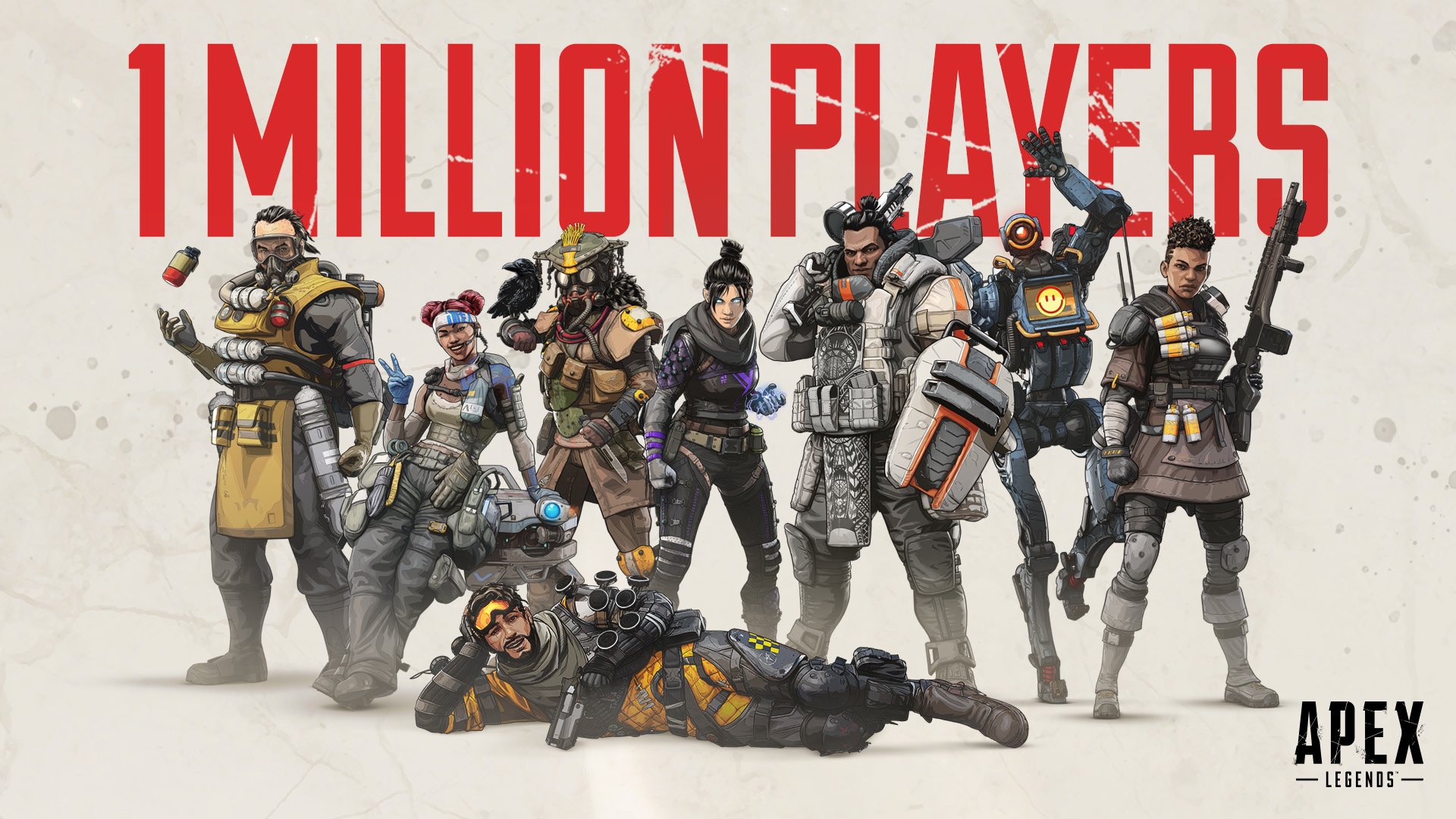 At the time of writing this, it’s been a little over eight hours since Respawn surprise launched their new team-based battle royale game Apex Legends. And it would appear that in less than that time the game has managed to already reach the impressive milestone of having more than 1 million players. Respawn Entertainment CEO Vince Zampella took to Twitter to announce the big news:

Thank you so much for showing up and being part of this with @Respawn you are amazing!! pic.twitter.com/lvNgfwwKhl

Over the weekend, posts began circulating on social media that Respawn would be announcing a new Battle Royale title of some sort today. Many speculated that it would be based off the company’s popular mech-heavy FPS series Titanfall. Instead, we were all surprised with the reveal of a brand-new free-to-play title, Apex Legends.

While it is based in the Titanfall universe, there are no mechs to be seen. Instead, Apex focuses on battle royale action in a three-player squad format. They’ve also added a dash of Overwatch or League of Legends with the addition of selectable heroes each with their own unique abilities. We took the game for a spin ourselves earlier today on our livestream to see what all the fuss was about and had a pretty good time with it.

Reaching 1 million players in less than eight hours with no real marketing campaign and a surprise launch is a pretty noteworthy accomplishment. Respawn definitely deserves some credit for treading into uncharted waters. However, it still remains to be seen if Apex can retain its brand-new fanbase. But at least in the short term, it would appear that their gambit was successful. While we wait for Apex Legends to reach its next milestone, players looking to experience the game for themselves can follow our easy instructions for downloading their very own copy for free on Xbox One, PS4, or PC.