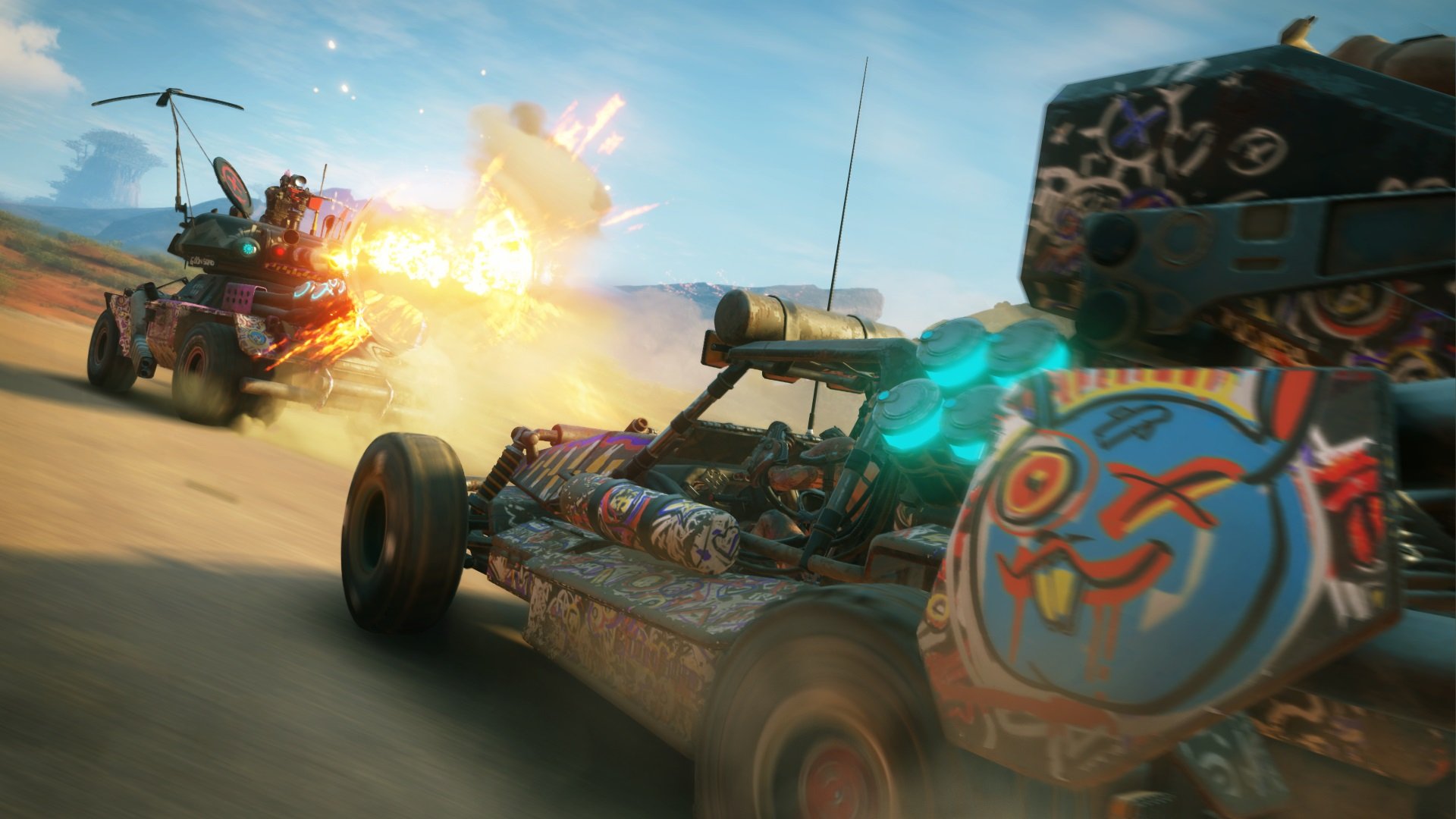 Rage 2 hands-on preview: Back to the wasteland

It's been a long time since the original Rage graced PC and consoles. It was something of a cult hit, not reaching the beloved status of some of Bethesda's other games, but finding a dedicated audience. Nobody expected Rage to emerge again when it did, popping up prior to E3 2018. Given the limitations of the original Rage, it was fair to ask how the post-apocalyptic shooter would fit in a landscape where shooters and their playgrounds are getting bigger.

The answer is that Rage needed to evolve. And evolve is what Rage 2 appears to have done, with Bethesda and id Software setting its tried-and-true id Tech engine aside in favor of something bigger and more powerful. Enter the folks at Avalanche Studios, the makers of the Just Cause series. While a chunk of the team was busy putting Just Cause 4 together, a different team at Avalanche began work on Rage 2. And with this team having previously worked on Warner Bros.' Mad Max, the world of Rage 2 felt fairly familiar. Shacknews recently went hands-on with the upcoming shooter to see what the wasteland holds for Rage fans.

The first thing to note is that those hoping to take part in the epic war against the oppressive regime of the Authority may be a little disappointed. Rage 2 fast-forwards a full 30 years and the war with the Authority is squarely in the rear-view mirror. Various factions are trying to stake their claim in the wasteland, but the Authority is threatening to rise again.

That leads to the introduction of the game's protagonist, who actually has a name and a voice this time around. The main character's name is Walker, with players able to select whether the character is male or female. Our time with Walker began in Wellspring, a setting from the original game that's bustling with a slew of NPCs. The main objective was to meet with Loosum Hagar, who players will remember from the original Rage. Hagar is now the mayor, having taken over from the original game's Mayor Clayton. But she is facing a potential coup from that character's wealthy son, Klegg Clayton. This prompts Hagar to task the player with planting a bug in Clayton's office, located in a fancy club in town. Since nothing can ever be easy, Walker is denied entry into the club unless the player can attain celebrity status.

This leads into Rage 2's massive world, as Walker is sent to get into a race in the Chaz Car Derby and smash some mutant skulls in Mutant Bash TV. Both of these objectives are located a good distance from Wellspring, requiring a leisurely drive across the barren desert. Various optional side quests will pop up along the way. For example, driving past a gas station prompted me to clear the area of bandits, who were squatting in the area. Some of the side tasks are a little less avoidable, such as an outright road block that prevented passage, requiring me to take out my weapons and get to work.

While heavy firepower is still the order of the day in Rage 2, players will have several abilities to work with. Walker is powered by nanotrites, which have granted the character superhuman powers. This is where the Avalanche influence is felt the most, with a super powerful Shatter shove, a debilitating ground pound called the Slam, and a black hole-style Vortex Grenade allowing players to dispatch their foes with a light-hearted sense of style. Rage 2 looks to have its combat stand out from the original by combining these abilities with standard shotguns and high-powered rifles. Scoring enough hits will charge Walker's Overdrive bar, which grants amplified damage and quickly regenerates health when active. It also opens the door to more over-the-top kills. I saw more than one enemy explode in a burst of blood when blasting them with an Overdrive-charged assault rifle.

Combat is mixed up with another Rage staple: driving. While the Chaz Car Derby felt like a standard race to the finish, it actually won't be the last time that players will encounter these drivers. Once the derby is over, the other drivers will hit the open road. If players encounter them in the open world, they can honk at them and challenge them to a race on the spot, with rewards on the line. The horn is a useful tool, as it can also attact roadside merchants, who will pull over to the side and sell their wares.

Rage 2 feels like a lighthearted affair thus far, with Avalanche clearly steering the series in a wackier direction. The enemies and NPCs, including Klegg Clayton, often border on caricature. Whether it's Klegg's dialogue, the bandits' constant challenge to "Bring it the f*** on," or the sole boss battle I encountered with a giant mutant resembling a giant feral Sloth from The Goonies, this definitely feels like Rage with Just Cause infused through a steroid needle. Walker's special powers also feel like they're just as much about scoring crazy kills and highlight reel moments than it is about completing an objective.

Whether Rage 2 will ultimately work feels like it will be determined by the number of activities available to the player. I didn't have enough demo time to get a full idea of just how much is available to do in the world, but with a much large world to play with, id and Avalanche will hopefully provide plenty of things to do. The creative gunplay is intriguing, but it can only go so far. With driving being a central element, I'm also hopeful that the driving mechanics get another look, as the vehicles proved difficult to handle, especially in the derby.

Rage 2 has potential and while there are things to be excited about, there are also a few items of concern to keep an eye on, as well. Whether the return trip to the wasteland proves to be worthwhile will be determined when Rage 2 releases on PC, PlayStation 4, and Xbox One on May 14.