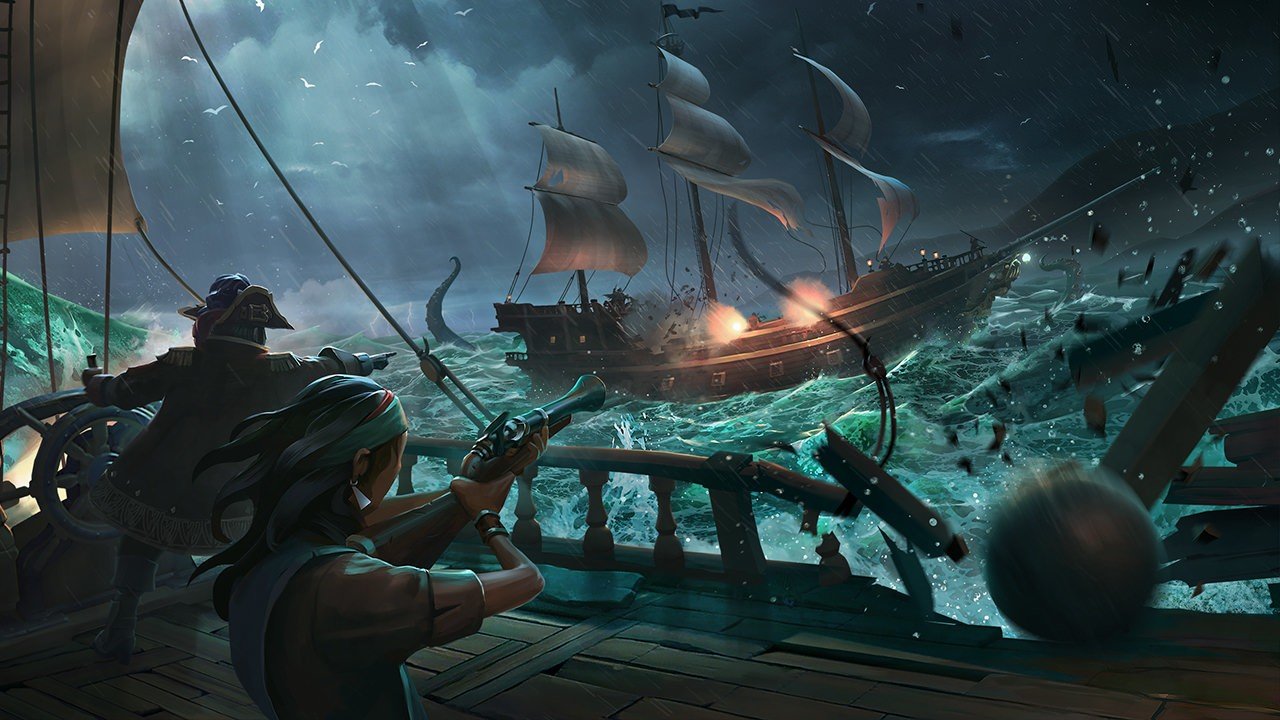 If you still haven't jumped on the Sea of Thieves train, now's a great time to do so. It's currently 50% off on Xbox One, so you can add it to your collection permanently.

The discount brings the normally $59.99 game down to $29.99, and the sale will be going on for seven more days. While you can play the game for free if you're a current Xbox Game Pass subscriber, $29.99 is in no way a bad price to experience some of the most hilarious moments in pirating you'll ever see in a game.

Sea of Thieves is Rare's latest new franchise and it's available for both PC players and Xbox One owners. It combines an emergent, pirate-themed world with plenty of different places to explore, people to meet, and monsters to slay. Of course, it's all about collecting treasure, too. That's some of the most fun you'll have while sailing through solo or with a group of your best friends.

We have a special offer for anyone looking to buy @SeaOfThieves which hit the #1 most watched game on Twitch today! #BeMorePirate https://t.co/wfVwH4PZvP pic.twitter.com/Atdt7GWelJ

The game also bagged a few major awards in 2018, as we awarded it Best Story (Non-Narrative) Game and Best Art Style of 2018. Our own Sea of Thieves evangelist Sam Chandler had this to say:

"Few games this year have been able to strike out and away from photorealism toward something quirky while still being able to maintain beauty. The talented team at Rare have been able to expertly craft an art style in Sea of Thieves that deserves to be ogled, captured in video and image, and just enjoyed for its glorious beauty."

Sounds like a ringing endorsement to us! If you're interested in making this game your collection's newest addition, act quickly before the sale ends. If you don't have the cash, rest assured that it's still playable for free via Xbox Game Pass, too.