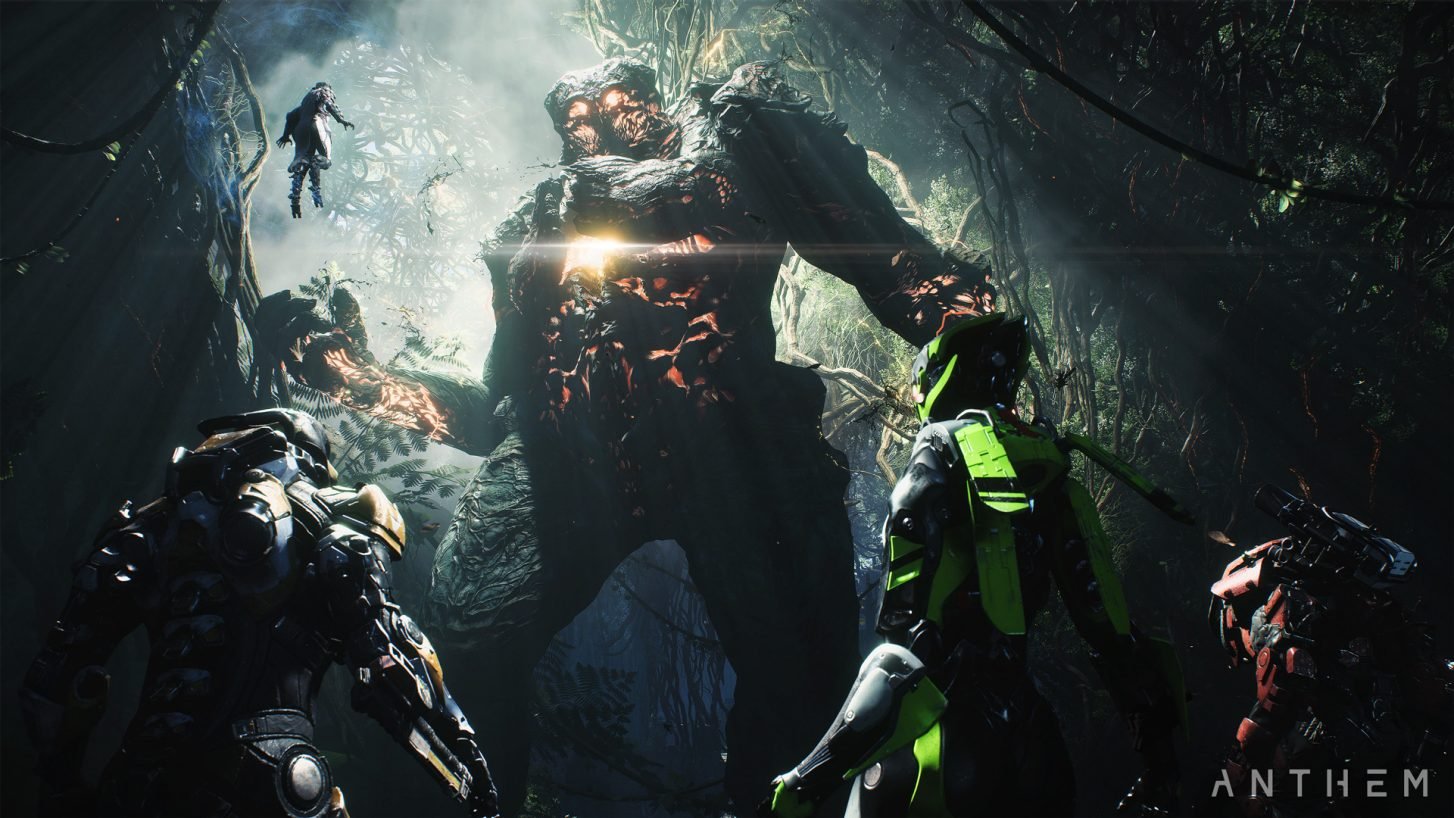 There have been a lot of questions marks surrounding BioWare's latest blockbuster game. For a developer that has prided itself on story and player choice, Anthem represents a slightly different direction. It's less of a focus on character building and dialogue-driven gameplay and more of a focus on action, dungeon crawling, and exploration. So going into this week, the question that Shacknews had was, how does this game actually play?

Shacknews recently had an opportunity to go hands-on with Anthem. And while there are still questions about the story and whether it's a narrative that can compare with BioWare's illustrious history, there's much more reason to be hopeful about it than ever before. That's because when all of the questions are set aside, Anthem just feels fun.

EA and BioWare were careful not to reveal major story beats throughout our hands-on. And while there were story missions to carry out, there didn't look to be too many key story moments that played out. The focus here was on getting into a Javelin and getting a feel for the game itself, learning the combat and exploring the massive open world.

The biggest story instance came up at the very beginning, with a prequel mission through the Heart of Rage incident that sets up the main narrative. It's here that the game introduced some of the major characters, like the now-retired Haluk and former Cipher Faye. Jumping into the present day, players are introduced to other key characters, like Agent Tassyn and new Cipher Owen. BioWare has a history of compelling characters and while I don't have any particular attachment to the Anthem characters just yet, Owen is someone that BioWare fans will come to love, offering comic relief and a distinct sense of optimism. His British wit adds a lot of levity to missions.

Having now tried them out, the Javelins prove to be the highlight of Anthem. These suits of armor carry heavy firepower and are able to clear out hordes of enemies in their own distinct ways. Each of the four Javelin classes lend themselves to a different play style, whether it's the ranged "spellcasting" style of a Storm or the brute force of a Colossus. Each Javelin can carry primary and secondary weapons, as well as different attachments that utilize a cooldown rather than ammo.

Aside from their arsenal, it's the Javelins' smooth movement that makes them fun to play. It's no coincidence that video editor Greg Burke and I were customizing our Javelins to look like Iron Man armor. The Javelins are essentially Iron Man, with heavy weaponry, sleek designs, and fluid movement. Flight is a joy in Anthem, with players able to fly to just about any part of the world. Flying around is only interrupted by overheating, though there are a couple of ways to cool down. Aside from landing on a platform to recharge, Javelins can nosedive or fly through waterfalls to cool their systems and continue their flight. Javelins can similarly dive underwater and control in the same fashion. Flight can also come in handy in combat. On top of flying above ground-based targets, hitting the melee attack button will send the Javelin crashing down with a powerful ground pound, landing Tony Stark-style and hitting for heavy damage.

The open world is filled with its own world events that take place dynamically, allowing players to earn loot and currency to purchase upgrades. Many of these can be tackled solo, but it's entirely possible to party up with three other people to explore the world. When partnered up in freeplay, the party can either stick together and explore or go their separate ways and do their own thing, opting to meet up later. Whenever everyone has their fun, all players can drop out and return to the world hub in Fort Tarsis and take on other missions or sort out their rewards and upgrades. Partying up for missions is just as easy and it's also entirely possible to drop in and out at any time, joining a party in mid-mission to lend them a hand.

Anthem comes across as a game that can have a long shelf life, as long as BioWare offers up plenty to do beyond the story missions. But what was available was greatly satisfying. While I went into the demo feeling skeptical about Anthem as a whole, I walked away pleased with the Javelin and its general design. The flight mechanics alone feel like one of the most encouraging aspects of the game and make this stand out from anything BioWare's done in the past.

Anthem is almost here. It's set to arrive on PC, PlayStation 4, and Xbox One on February 22. But for those who have pre-ordered, the time to jump in is even sooner. The VIP demo is set to take place this weekend, running from January 25-27. Those hoping to try the game out without pre-ordering, that chance arrives next week, with an Anthem demo open to all players set to take place February 1-3.