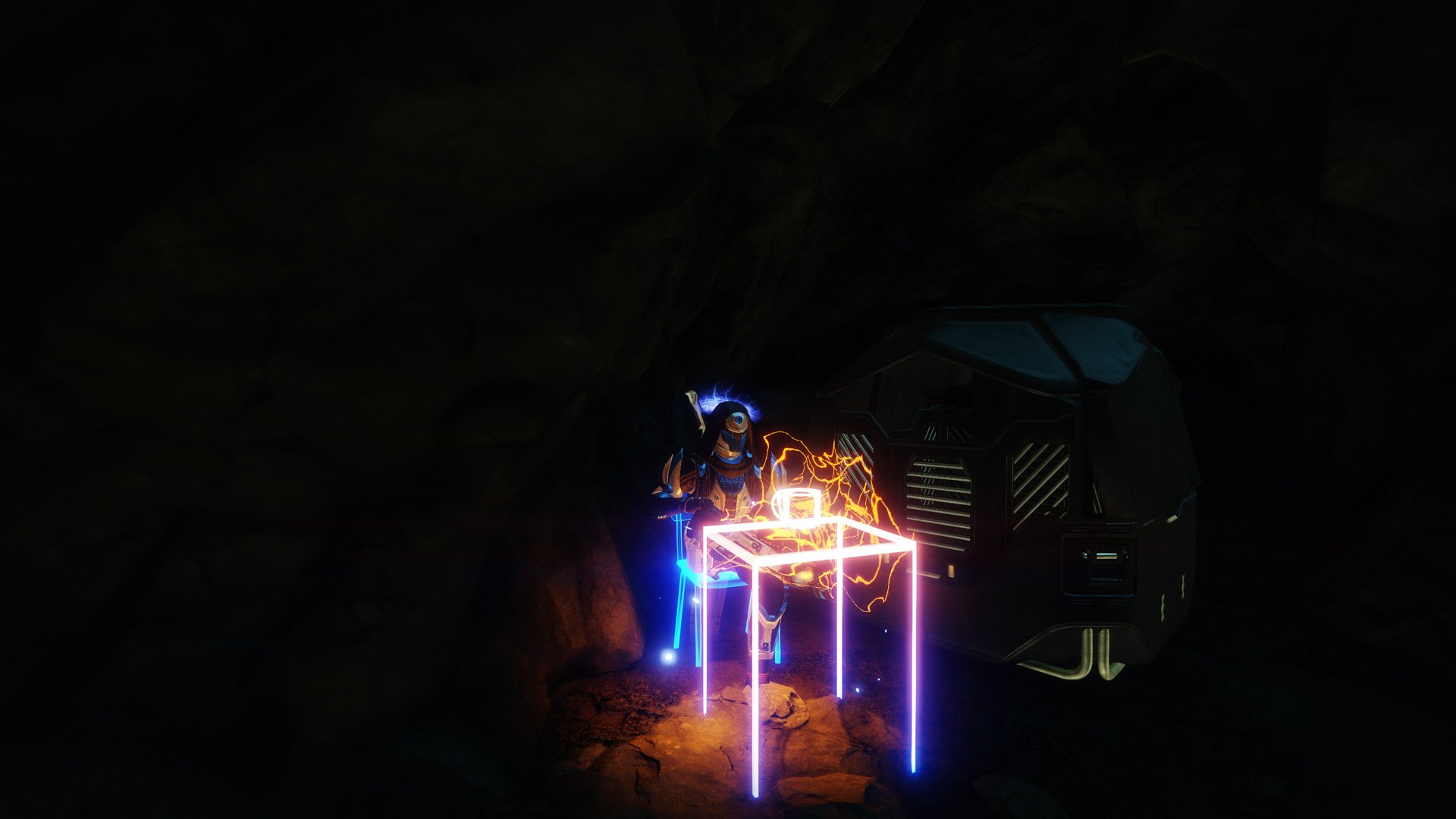 Where to find the Mysterious Box in Destiny 2

While Destiny 2 is known for its fun secrets, nothing has captivated the community in the way that the Mysterious Box and subsequent Bergusia forge puzzle has. Destiny 2 numbers on Twitch skyrocketed, and the Raid Secrets subreddit went to work for days trying to crack the code. Before they could get to that point, however, they had to find the Mysterious Box, and so do you should you hope to get Izanagi's Burden, an Exotic Sniper Rifle that fits into the Kinetic slot and has shifted the meta, even if just a little.

Where is the Mysterious Box?

The Mysterious Box is found at the entrance to the Volundr forge in the EDZ. Start by spawning in at the fast-travel location in the Sunken Isles, then hop on a sparrow and head into the tunnels. Follow them to Volundr forge, but don’t hop across the gap to enter the forge itself. Instead, look off the left side of the cliff to see a platform that players can jump to. Hop down and head into a cave to locate a supply cache. Open the supply cache to receive the Mysterious Box. If you’re more of a visual person, check out the embedded GIF to see exactly where you need to go from the forge entrance.

The Mysterious Box will have four locks on it. Each one needs to be opened in order to progress the quest and eventually acquire Izanagi's Burden. The first three locks are all opened by shooting drones in each of the first three forges (Volundr, Gofannon, Izanami) just as the second round of each activity begins. It can be challenging if players don’t know where to look, so we’ve also created a guide with all forge drone locations in Destiny 2.

Now that you know where to find the Mysterious Box near the Volundr forge, be sure to visit the Destiny 2 strategy guide we’ve been working since the game’s release. You’ll fine something there to help Guardians of all power levels.