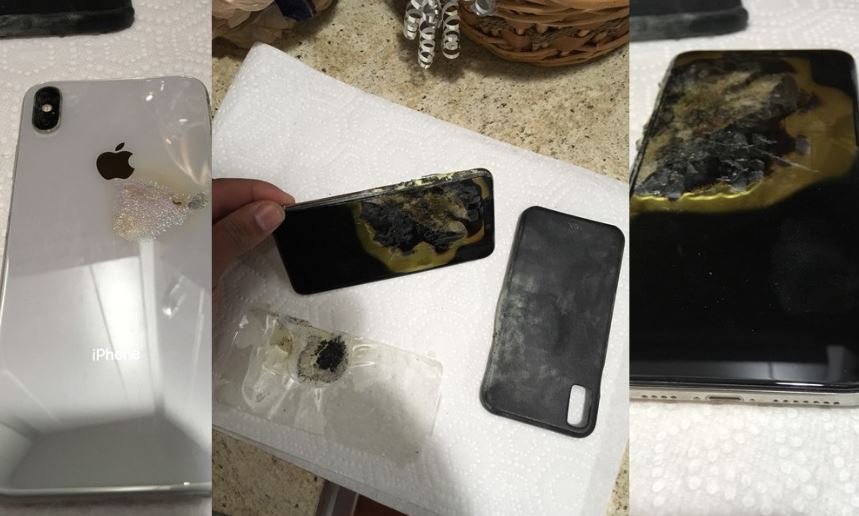 Imagine sitting down for a nice afternoon meal and then feeling a burning sensation in your buttcheeks. For one Ohio man, this scenario became a reality when his new iPhone XS Max reportedly began the process of exploding due to the impending failure of the device’s battery.

The man, identified by iDrop News as Josh HIlliard, reported that he began to feel an intense heat coming from the device, which then began expanding and emitting smoke and an unpleasant odor. Hilliard was quickly on his way to becoming BBQ when a quick-acting colleague grabbed a fire extinguisher and snuffed out the flames that engulfed Hilliard’s pants.

Hilliard explained, “Once the phone was extinguished, I was left with a hole in my pants, fire extinguisher on my pants/shoes, and some pain/irritation in my buttocks region where the pocket of my pants was located."

Unfortunately for Hilliard, the pain in his buttocks was worsened once he sought support from Apple for the exploding iPhone. The charred device was taken to an Apple Store where he was offered a replacement on the condition that he turn over the original. Hilliard refused and contacted AppleCare with photos of the scorched smartphone. AppleCare reportedly offered the same solution, which Hilliard found insufficient. He is said to be exploring all his legal options going forward.

It is hard to say exactly what went wrong with this particular iPhone XS Max, as the batteries are designed to expand rather than ignite in the case of cell failures. Some suspect that the phone was slightly bent as a result of spending its downtime in a back pocket. If the user sits on the phone while it is in a back pocket, the frame could experience a bend and put strain on the battery housing.

We reported back in October that many iPhone XS and iPhone XS Max users had issues with charging the new batteries via Lightning Cables, but that was allegedly a software bug, rather than something that may cause a minor explosion.

My personal theory is that the owner could have been a major league liar. Having his pants set on fire was obviously nature’s way of letting the rest of us know what was up.