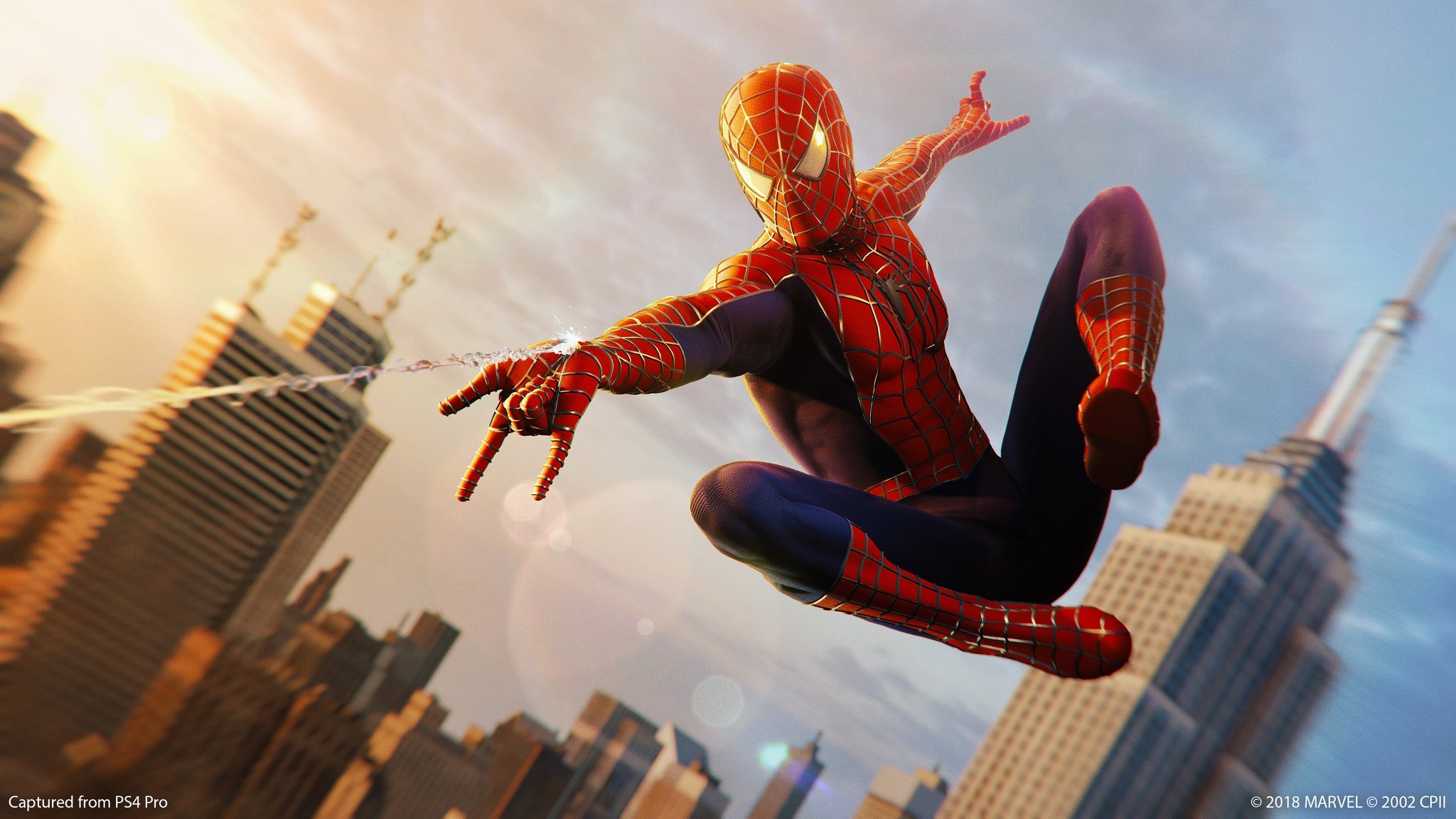 While Marvel’s latest Spider-Man game has been heralded as possibly the best game in the web-head's storied history, it may not have ever existed if Sam Raimi had never made his Spider-Man films. That’s because Raimi’s masterpiece Spider-Man 2 was the catalyst for the Spider-Man 2 video game. Many of the features from the current-gen Spidey game, including swinging around an open-world NYC made their first big splash in the Spider-Man 2 game. Now, Raimi’s legacy is finally getting an in-game nod and a wink in the form of a free suit for Spider-Man PS4 players.

Fans have been clamoring for the Raimi suit to hit the scene for several months and were rather upset that the content wasn’t in the last round of DLC. However, some of the loudest complaints in the game’s online community were essentially borderline harassment that hounded devs and other Insomniac team members Community Director for developer Insomniac Games, James Stevenson, took to Twitter to explain what took so long and address some of the vitriol that had been coming from the more petty members of the game’s online community:

Just know things take a LONG time sometimes (months and months!) and even then go down to the literal wire.

The news that the Raimi suit existed and was now available free in-game came earlier today via Insomniac’s official Twitter account and should hopefully quell the flames of “fans” everywhere. Although this is the same fan base that freaked out over a puddle of water disappearing. So it’s a bit of a toss-up as to whether or not they’ll find something else that’s rather minuscule to complain about as opposed to just enjoying what a phenomenal game the PS4 exclusive Marvel’s Spider-Man is already.

Players who own a copy of Spider-Man can download the Raimi suit DLC for absolutely free as of right now. And if you haven’t seen Sam Raimi’s run as a Spider-Man director I would recommend checking out the first two films in the trilogy, and maybe checking out number three if you’re in the mood for a laugh. At the very least you can hop in the suit and get swinging in the game now.