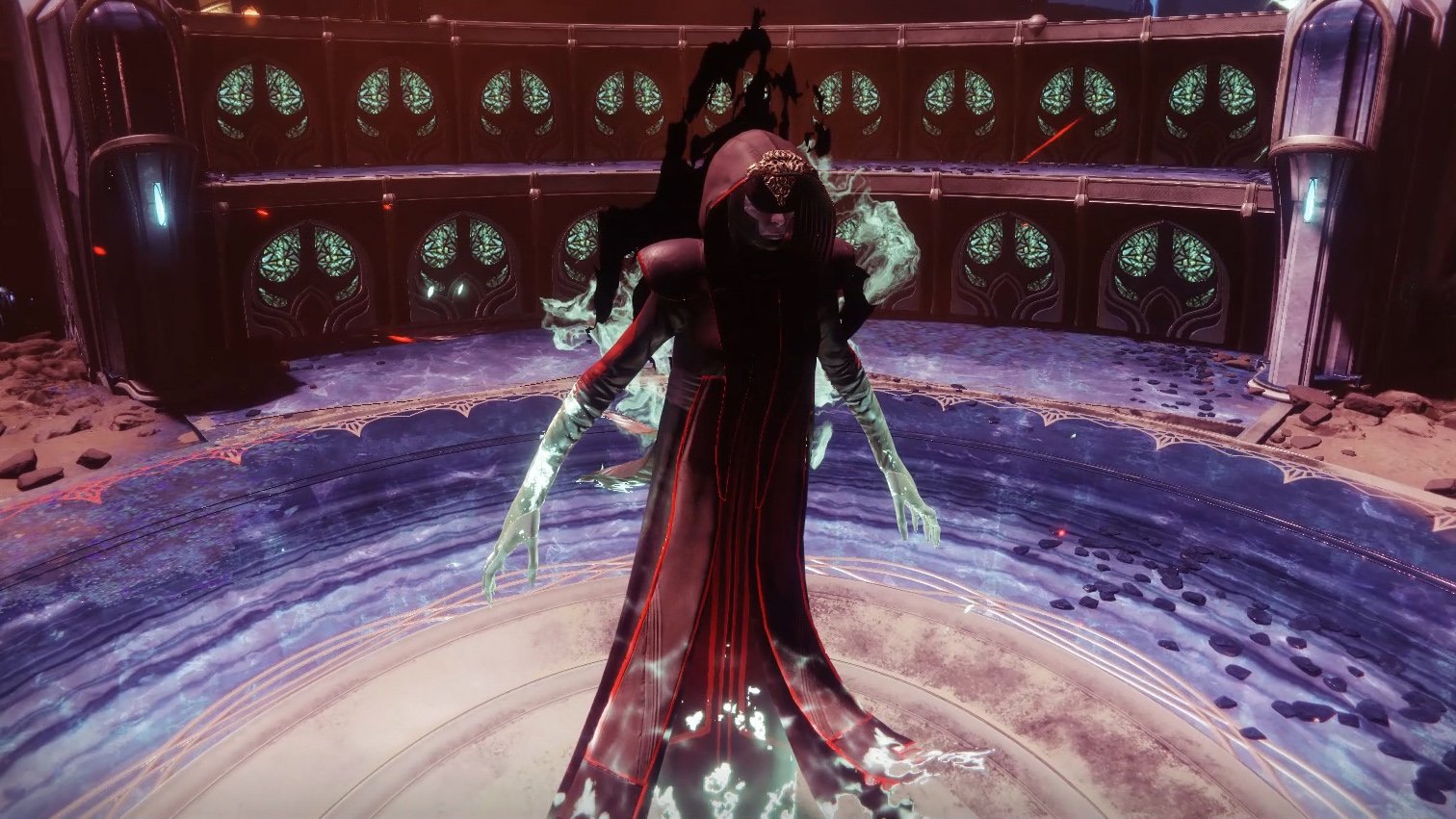 To complete the Summoning Ritual offered by Hawthorne, players must summon and kill Ogres by activating the incorrect plates. There’s a good chance that when first attempting the raid, your team accidentally summoned an ogre when trying to figure out the mechanics, well now it’s a required part of earning better gear. Be sure you know how to defeat Kalli, as completing the challenge won’t be possible without it.

The specifics of the challenge require that for every time players go to the perimeter and activate plates, an Ogre must be summoned and killed. This means that if your Fireteam can kill Kalli in one go, only one Ogre is required. However, if after using all the small safe rooms you haven’t killed Kalli you will need to repeat the process of summoning and killing the Ferocious Ogre again.

As stated above, to summon an ogre, activate all 9 plates around the arena. Usually, players would only want to activate those that match the symbols in the center, but doing that means the Ferocious Ogre will not spawn.

The Ogre is roughly 580 Power, so come prepared as killing it is going to be necessary in order to complete the Summoning Ritual challenge. To take the Ogre down quickly, thus ensuring you have more time to damage Kalli, use weapons like Sleeper Simulant, Thunderlord, or rocket launchers.

As soon as the Ferocious Ogre dies, use your favorite strategy to take Kalli down as fast as possible. Things like Hammer Strike, Well of Radiance, and Tractor Cannon are excellent at increasing damage output. As for actual damage, if your team is accurate enough, Whisper of the Worm is the leading contender, followed by Sleeper Simulant. Thunderlord is also proving itself worthy in the Power weapon arena, though I can’t personally attest to its DPS output compared to other options.

The Summoning Ritual challenge for the Last Wish raid is probably the easiest of the available challenges, with the only difficulty being having the Power to take down the Ogre. Most teams should be able to complete the Summoning Ritual in Destiny 2 with little trouble, earning some Powerful loot along the way. Check out the Shacknews Destiny 2 complete strategy guide for walkthroughs on the other Last Wish raid challenges.