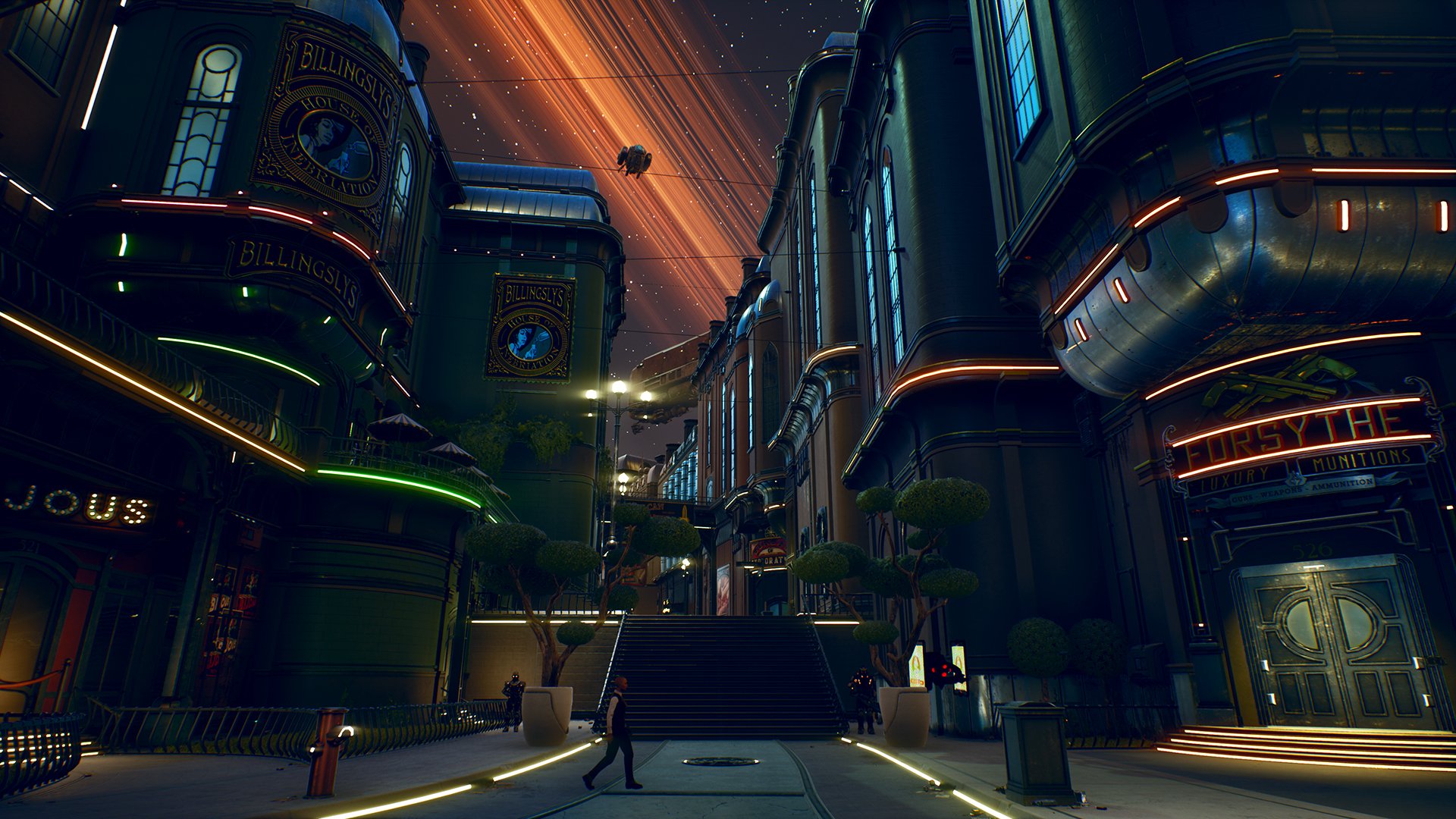 Last week's Game Awards was filled with dynamite announcements and surprise reveals from dozens of game developers and major publishers. One of the most exciting reveals came from Obsidian Entertainment, which is going from the fantasy world of Pillars of Eternity and blasting off into the farthest reaches of space with The Outer Worlds.

The Outer Worlds represents a chance for Obsidian to step into uncharted territory. And yet, a few ideas might feel familiar, coming from the creators of the original Fallout and also from the studio that put together Fallout: New Vegas. But narratively, what is Obsidian aiming for with this new outer space adventure?

To learn more about what's on the horizon, Shacknews recently sat down with Senior Narrative Designer Megan Starks. Starks brings along her experience from Pillars of Eternity II: Deadfire, along with a resume that includes Tyranny, WildStar, and Fallen Earth. Among the topics discussed include the Outer Worlds story, character development, "Dumb" dialogue, and branding run amok.

Shacknews: What made you guys want to undertake this challenge of a comprehensive action-RPG set in space?

Megan Starks, Senior Narrative Designer: I think that was something the game directors, [Tim Cain and Leonard Boyarsky], decided on early on based on some of the other games they've made in the past and what they thought would be fun to work on next for them. Honestly, a lot of people on the project are big sci-fi and RPG fans, so we're really excited to work on it.

Shacknews: What are some of the major inspirations behind the concept of The Outer Worlds?

Starks: Some of our inspirations for the game were the robber barons, the golden age of sci-fi like Lovecraft and Asimov. But some of our stuff is, we like the humor of Futurama, Firefly, Doctor Who, so there's really a good mix of the kind of quirky dark humor that goes into the game. And the setting is like the Gilded Age of sci-fi exploration.

Shacknews: Where the story of The Outer Worlds begin?

Starks: It begins when you're woken up from being frozen. You're one of the original colonists going out to Halcyon, which is the farthest colony away from Earth. Something happened with your ship and it got lost for 70 years. A scientist, who's actually an outlaw, wakes you up to give you a mission.

Shacknews: What can you tell me about the game's companions? How many different types of companions can the player recruit? And what are the various qualities that the companions possess?

Starks: I don't know how much we're going into specifics on the companions right now, but we do have a variety who will join you and fill out the crew on your ship, if you want them to. They're fully-realized people in the world, with their own backstories and motivations. They have things that they want to accomplish and will ask you to help them out with that. You can either help them with their quests or not. It's up to you.

Shacknews: Can you tell me about the dialogue options and developing characters through the various dialogue choices?

Starks: Like all of our games, we really like to support various play styles. How you want to play is available to you. Specifically with dialogue, you can choose to be good, evil, a little bit of both. You have Intimidate, Persuade, and Lie options, as well as straightforward asking questions, telling the truth, things like that.

We like to present a lot of "This character has a certain thing they ask you to do." And you can either decide that you're going to do that for them or maybe there's a secondary character who wants you to do the exact opposite. You can do something for both of them, you can do neither, or you can tell the guy that you'll find that thing for them and then just keep it for yourself.

Shacknews: What went behind the "Dumb" dialogue option? Is this out of a particular love for the Chris Pratt style of leading character who's not too bright?

Starks: That's a really good question! I should ask Tim and Leonard where the inspiration for that came from. But it's something that when they told us that they wanted to do this for the game, everybody thought it was hilarious and we just ran with it.

Shacknews: I'm intrigued by the idea of flaws. How does the system work, both in terms of influencing the character and how it shapes the overall story?

Starks: The interesting thing about flaws is, it does make it feel like it's a unique journey to you. Like if you're taking a lot of damage from Raptidons, maybe you become afraid of them, because they hurt you a lot. And then that affects your combat stats when you're around Raptidons, specifically. You can develop a phobia for different creatures in the game. You can also have a fear of the dark, a fear of heights. One of the things I thought was really funny. It was something like, "I'm not going to take this flaw, but..." If you get crippled in the leg a lot, you can choose to take that as a permanent injury. Then you'll limp around for the rest of the game.

If you do that, then you do get an extra perk in exchange. So it really just depends on how you want to spend your ability points and make your character unique to you.

Shacknews: Do certain flaws close off any part of the game to you? For example, if you choose to take on a fear of robots, do you get paralyzed with fear when you're confronted by a giant robot boss?

Starks: No, they won't lock you out of gameplay.

Shacknews: I did notice a day/night cycle. Are there certain quests that are only available during a certain time of the day?

Starks: We do have certain creatures that will come out at night. There can be some advantages if you want to sneak in during the cover of darkness. But we won't limit you.

Shacknews: I do feel the need to ask, just because seeing this game does remind me of some of the best elements of Mass Effect, but are there romance options?

Starks: At this time, in the base game, I don't think we're including romances. It's something that we've talked about exploring, possibly in the sequels, especially if it's something that our community is really interested in.

Shacknews: Lastly, on a lighter note, because this game is all about branding. Everything is branded! What's one of your favorite examples of some truly absurd branding in this game?

Starks: One of the areas I worked on is the factory where they make Borst Wurst. They're the cyst-y pigs, the genetically modified pigs that grow tumors on them and then they cut the tumors off and use those for food. And the slogan, I think is, "It's not the worst, unless it's Borst Wurst." I just find it so disgusting and wonderful.

The Outer Worlds is aiming for a 2019 release on PC, PlayStation 4, and Xbox One. For more on the game, be sure to check out our full preview. And for more on Obsidian as a whole, be sure to grab a snack and sit down with our extended feature on Pillars of Eternity and the Infinity Engine era of RPGs.