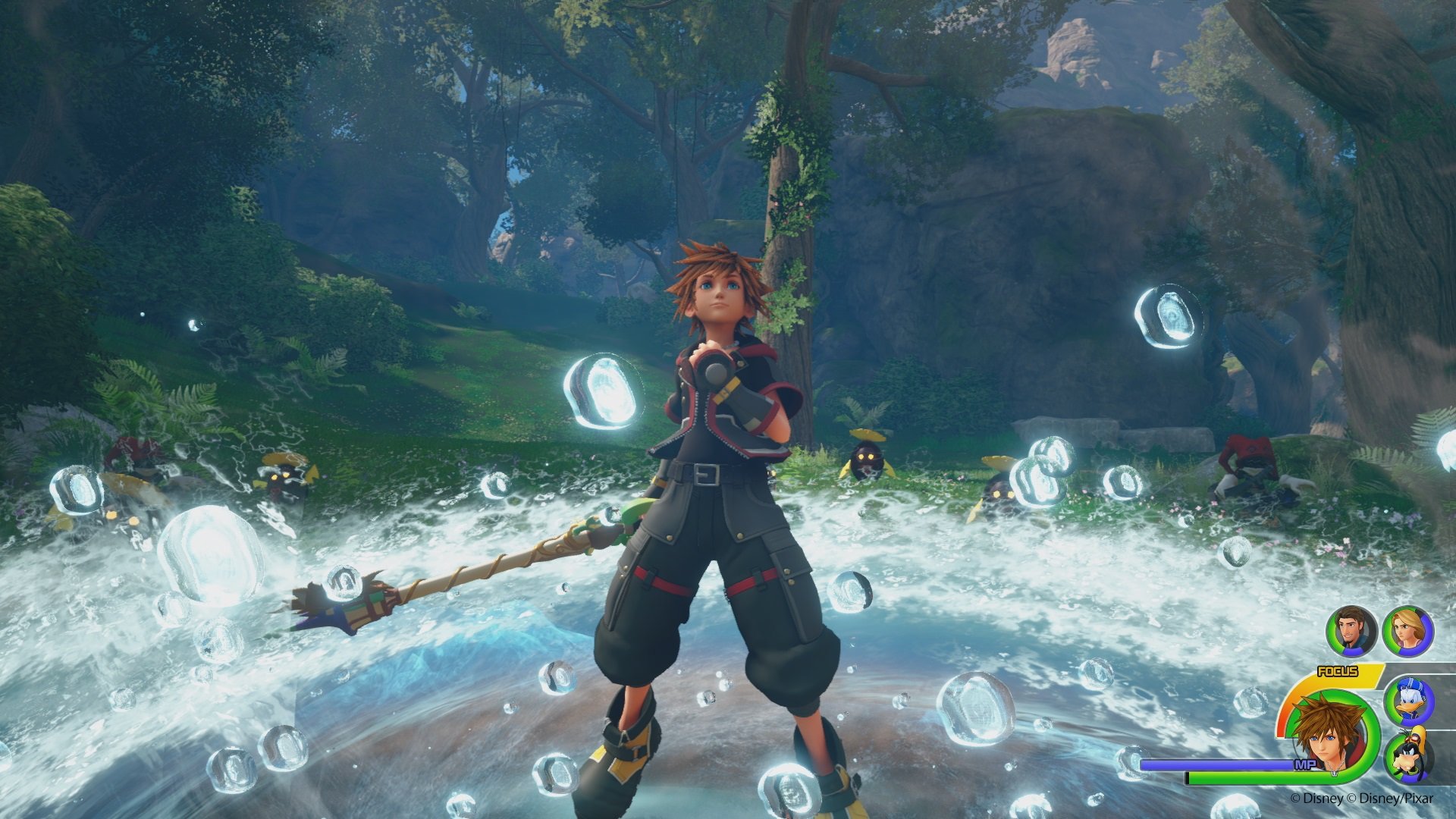 There's finally a light at the end of the tunnel for Kingdom Hearts fans, as Kingdom Hearts III is at last set to release at the end of January. With over a decade having passed since Kingdom Hearts II, hardened fans are likely to be satisfied that Sora's story is getting any kind of ending at all. And Amazon customers will get a special weapon to help carry them through the story's final moments.

Anyone who pre-orders Kingdom Hearts III from Amazon will receive the exclusive Dawn Till Dusk Keyblade DLC. This is a new variation on Sora's traditional weapon. There's no word on what stats this Keyblade will carry or whether it's simply a cosmetic add-on.

Amazon is looking to sweeten this deal by also offering a $10 Prime credit for all Amazon Prime users. That credit will carry over towards a future purchase. In addition to that, any Twitch users will receive an additional 500 Bits to help contribute towards their favorite streamer. These bonuses will apply to either the PlayStation 4 or the Xbox One version of the game and only apply to U.S. and Canadian customers.

There's been a lot to look forward to with what's likely to be the final chapter of Sora's story and the final battle against Master Xehanort, the Heartless, the Nobodies, and even Maleficent and Pete. The most recent trailer was released two weeks ago during Microsoft's X018 event, with Shacknews taking some time to break down what it all means. The third numbered installment in the Kingdom Hearts saga will be the first to introduce Pixar worlds, as well as worlds based on Big Hero 6, Frozen, Pirates of the Caribbean, and more. Sora will also be aided by new Attraction Flow moves, which will be based on various Disney World/Disneyland attractions.

Kingdom Hearts 3 will release on PlayStation 4 and Xbox One on January 29.