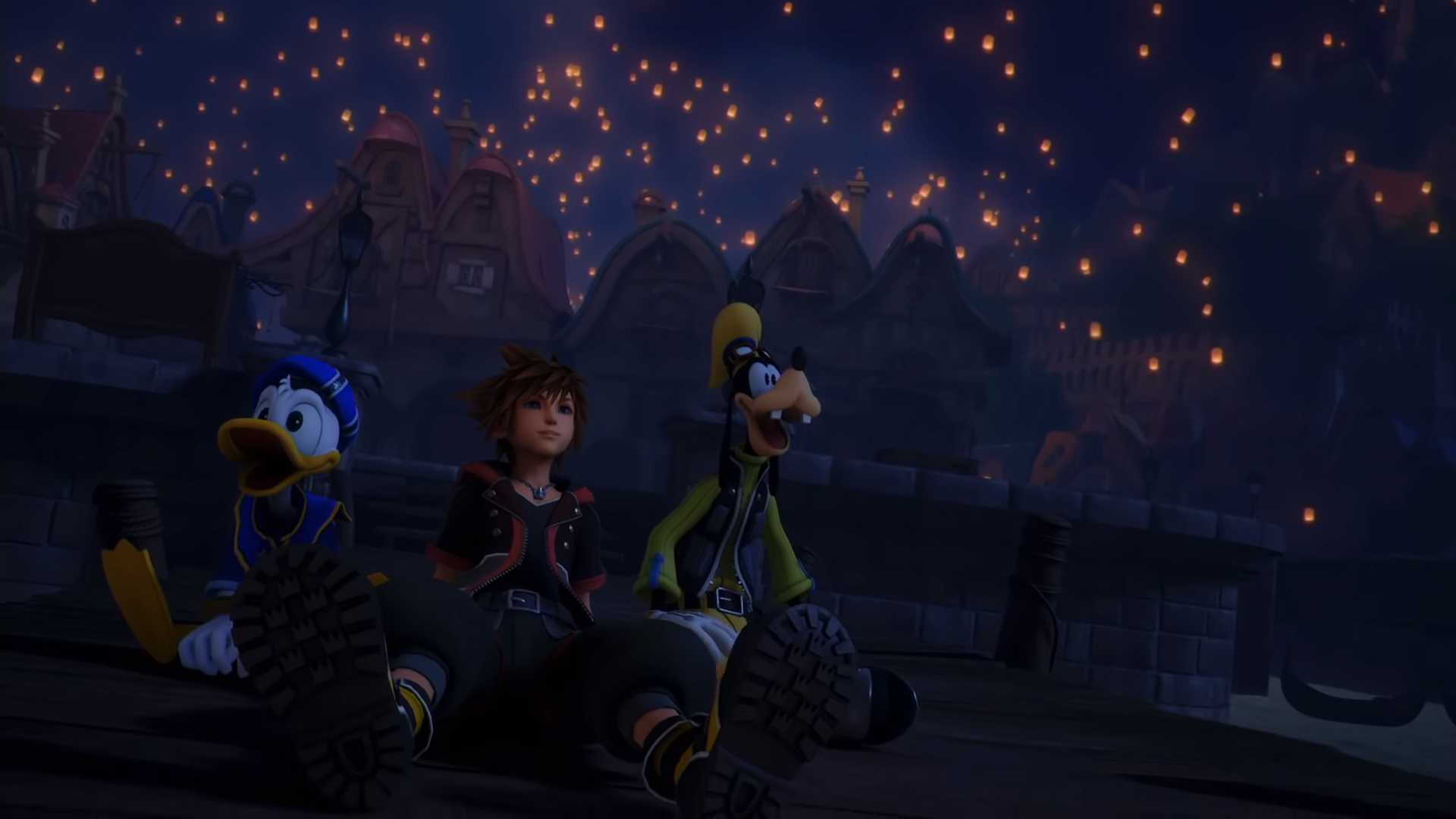 Kingdom Hearts 3: The 4 biggest takeaways from the X018 trailer

With less than three months to go before launch, there was good reason to assume that Square Enix had released the last of its story trailers for Kingdom Hearts III. After all, with no major gaming events remaining before January, perhaps Square would just let the hype train settle into the station until that January release date.

Then came Saturday's X018 event, where Square Enix released one more Kingdom Hearts III trailer. And indeed, there was a lot for the average Kingdom Hearts fan to observe. For one thing, the trailer was entirely in English, giving further indication that the game is indeed in its final stretch before release.

While there may not be as many questions raised this time around, there were certainly takeaways to gleam from this quick two-minute trailer. There's the first look at Captain Jack Sparrow and Davy Jones renewing their battle from "Pirates of the Caribbean: Dead Man's Chest" and a first look at the evil Baymax, which was left behind at the end of "Big Hero 6." Shacknews is here to break down what else to look out for.

The 100 Acre Wood has always served as a nice aside in the Kingdom Hearts world. It's provided levity in the face of an increasingly serious and complex storyline. So it only makes sense that it will serve the same function in Kingdom Hearts III.

The latest trailer shows off some new mini-games, inspired by games like Bust-A-Move and the like. If it's anything like the original Kingdom Hearts, Sora will once again access Winnie the Pooh's world by discovering pages of his book and accessing different chapters over the course of the game.

While it doesn't look like completing the 100 Acre Wood will have much consequence on the greater story, it does look like Pooh and friends will contribute a little bit more outside their insular world. A little past the one-minute mark, Sora can be seen wielding the Hunny Launcher, a Reaction Command weapon that definitely looks like it takes its root from the 100 Acre Wood.

The Chirithy are back to guide Sora to mastery

The Chirithy have served several functions, acting as protector, a mission-giver, and a caretaker. They've been primarily at the service of Keyblade wielders, but this is the first time we've seen one attend to Sora. This is where it's important to remember how Kingdom Hearts: Dream Drop Distance ended. Only Riku completed the Mark of Mastery exam, not Sora. That means Sora still is not a Keyblade Master.

One other major curiosity in this trailer involves a world where mulitple Soras appear to run around and fade away at will. It looks close to the Chirithy's realm and could represent a test. It could potentially represent a re-do at the Mark of Mastery exam.

With the final war at hand and Riku's final role in the story still unknown, Sora's mastery has become a greater priority than ever. So it's safe to assume that the Chirithy is tied to Sora's Keyblade mastery. Perhaps it's there to help give the hero the final push he needs to become a true Keyblade Master.

One of the most epic moments in Kingdom Heats II, as well as the series as a whole, was Sora's battle against an entire sea of Heartless. It was coined the Battle of the 1000 Heartless. Fans won't forget legions of Heartless converging upon Hollow Bastion, where Sora did his best to ward them off alongside Final Fantasy's greatest heroes, including Cloud, Tifa, Yuffie, and Leon (Squall). He would eventually run the gauntlet and take out every single one of the Heartless swarm until none remained.

This time, Sora won't be fighting alone. In addition to Donald and Goofy, it looks like King Mickey, Riku, Lea (the former Axel), and Kairi have all pulled out their Keyblades and are ready to fight.

This looks to set the stage for an even bigger battle, as Square Enix officially teases the end game scenario.

The Final Keyblade War will Begin

But that's just the beginning. The very next scene sees the first appearance of Terra from Kingdom Hearts: Birth By Sleep. This is the first anyone's seen of him since the ending to that game, where he shared a vessel with Xehanort. And speaking of Xehanort, the series' ultimate big bad, he looks to have finally assembled the fabled χ-Blade, which will set the stage for the final battle that will close Sora's story for good, one way or another.

Setting aside the story ramifications, this is also noteworthy for being the first official English dialogue for Master Xehanort. There's no word on who the character's new voice actor is, with heavy speculation that it's Mark Hamill, who also voiced Master Eraqus in Kingdom Hearts: Birth By Sleep. Regardless of who it is, these first lines showed that it's going to take a lot to fill the shoes of a giant, as this new voice actor takes on the unenviable task of following the late, great Leonard Nimoy's dynamite performance.

Those were our big takeaways. Was there anything else you noticed in Saturday's trailer? Join the conversation and let us know in the comments. Kingdom Hearts III will release on January 29 on PlayStation 4 and Xbox One.