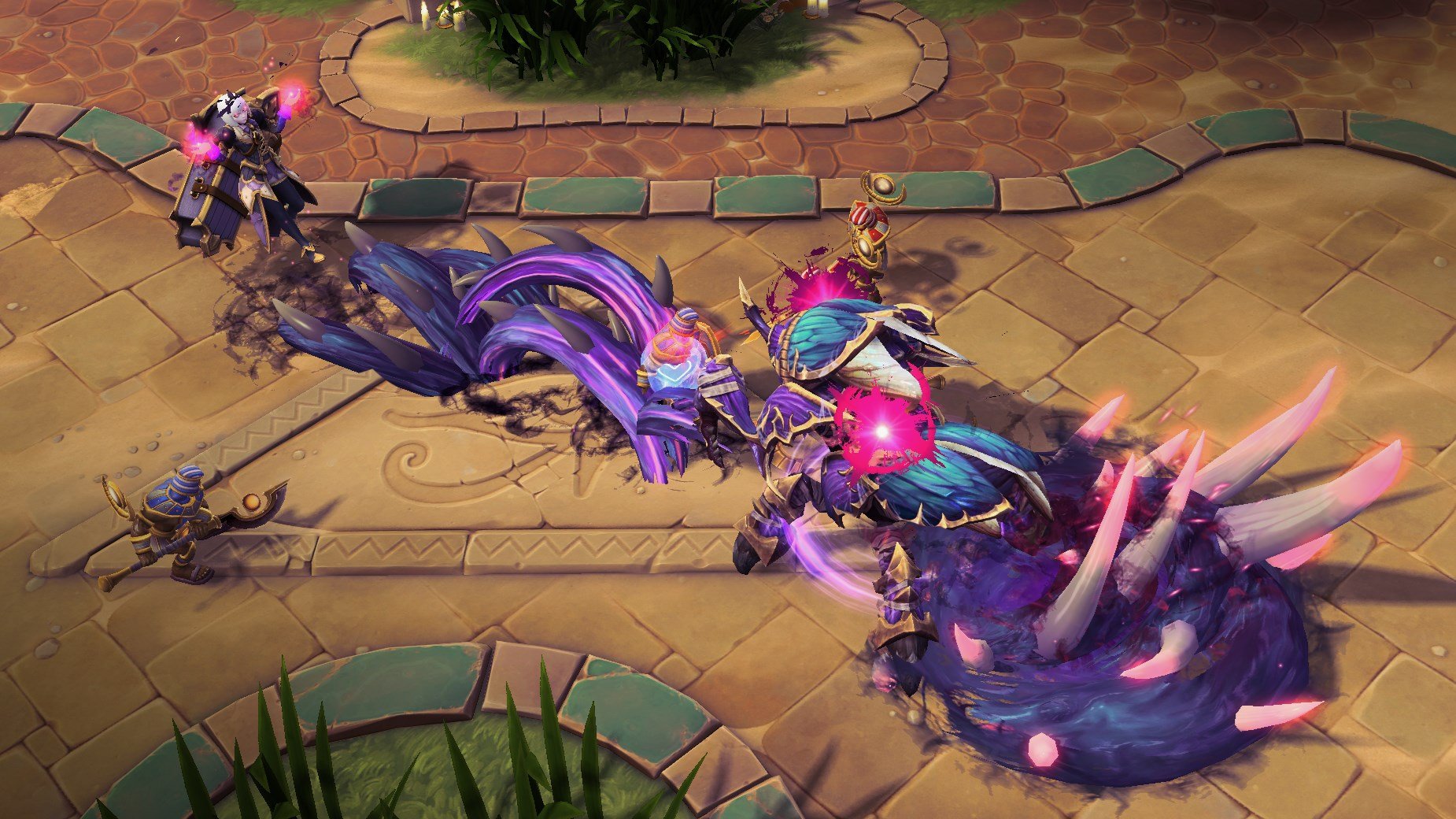 Heroes of the Storm Patch 40.0 makes Orphea available to all players

The Nexus just got a taste of its first original playable character. On Tuesday, Blizzard officially brought Orphea into Heroes of the Storm, bringing her into the lore-filled battle against her father, the evil Raven Lord.

Patch 40.0 officially takes Orphea out of the PTR and into the full Heroes of the Storm game proper. For those who need a reminder of what she can do, here are her abilities:

This goes with her Overflowing Chaos trait, which grants 1 Chaos for any enemy Hero hit. If Orphea has Chaos (stackable up to three times), her Basic Attacks on enemy Heroes will consume that Chaos and up her damage by 50 percent per stack. She will also be healed for 100 percent of the damage dealt.

Orphea's arrival also means that anyone who attended BlizzCon or purchased the BlizzCon Virtual Ticket should have her waiting in their accounts. To celebrate, Twitch drops are currently available for folks who watch any Heroes of the Storm stream on Twitch. More details can be found on the Heroes of the Storm website. Blizzard is also celebrating by releasing the last part of the Orphea comic, which fleshes out the remainder of her backstory.

There's still more set to come to Heroes of the Storm in the coming days. The long-awaited Janitor Leoric skin is set to debut on November 27, alongside the Kevin M. Johnson Announcer Pack. If the name doesn't sound familiar, perhaps his voice will. In addition to acting as the Creative Content Lead for Heroes of the Storm, he's also the voice behind all of the character spotlight videos.

| Cloaken Announcer |
The smooth tones of @kmicj will be joining the Nexus soon to announce YOUR games!

Shacknews had a lot of questions about what's coming to Heroes of the Storm, to catch up with everything set to come to the game, be sure to check out full developer interview from BlizzCon.