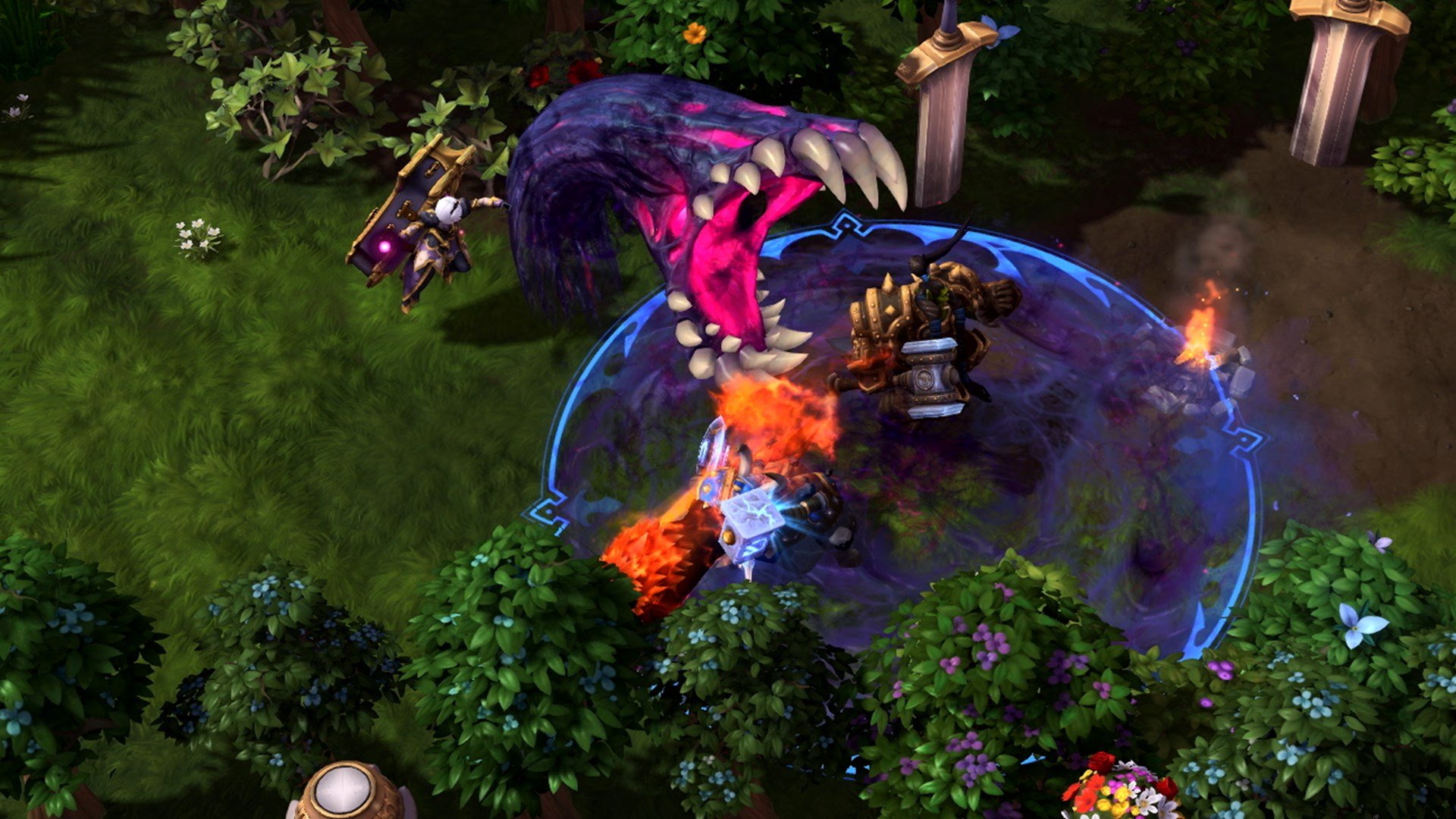 During Friday's BlizzCon Opening Ceremonies, Heroes of the Storm took a step back from introducing one of the various members of the Blizzard pantheon to focus on an entirely original creation. As part of the game's continued focus on the lore aspect of the Nexus, Blizzard announced new character Orphea. And as she continues marching towards the Nexus, Blizzard has brought her to the Heroes PTR.

Orphea comes to Heroes of the Storm as the rebellious daughter of the sinister Raven Lord, who has been seeking to take control of the Nexus for most of 2018. She brings along her Overflowing Chaos trait, which grants her 1 Chaos for any enemy Hero hit. If Orphea has Chaos (which can stack up to three times), her Basic Attacks on enemy Heroes will consume that Chaos and up her damage by 50 percent for every stack, while also healing her for 100 percent of the damage dealt.

In addition to Orphea, look for the PTR update to adjust channeled healing abilities, certain spell powers, and also give a slight boost to Gul'dan. For more information, check out the full patch notes.

Those who were in attendance at BlizzCon or purchased the BlizzCon Virtual Ticket are set to receive Orphea for free. However, that's set to kick in a little later, once she's off the PTR and in the full game proper.

BlizzCon Attendees/ VT Holders: Orphea will be available to you next week when she is live.

For more on Orphea, as well as what else is set to hit Heroes of the Storm, be sure to check out our full interview with designer Jade Martin artist and Oscar Vega from BlizzCon 2018.