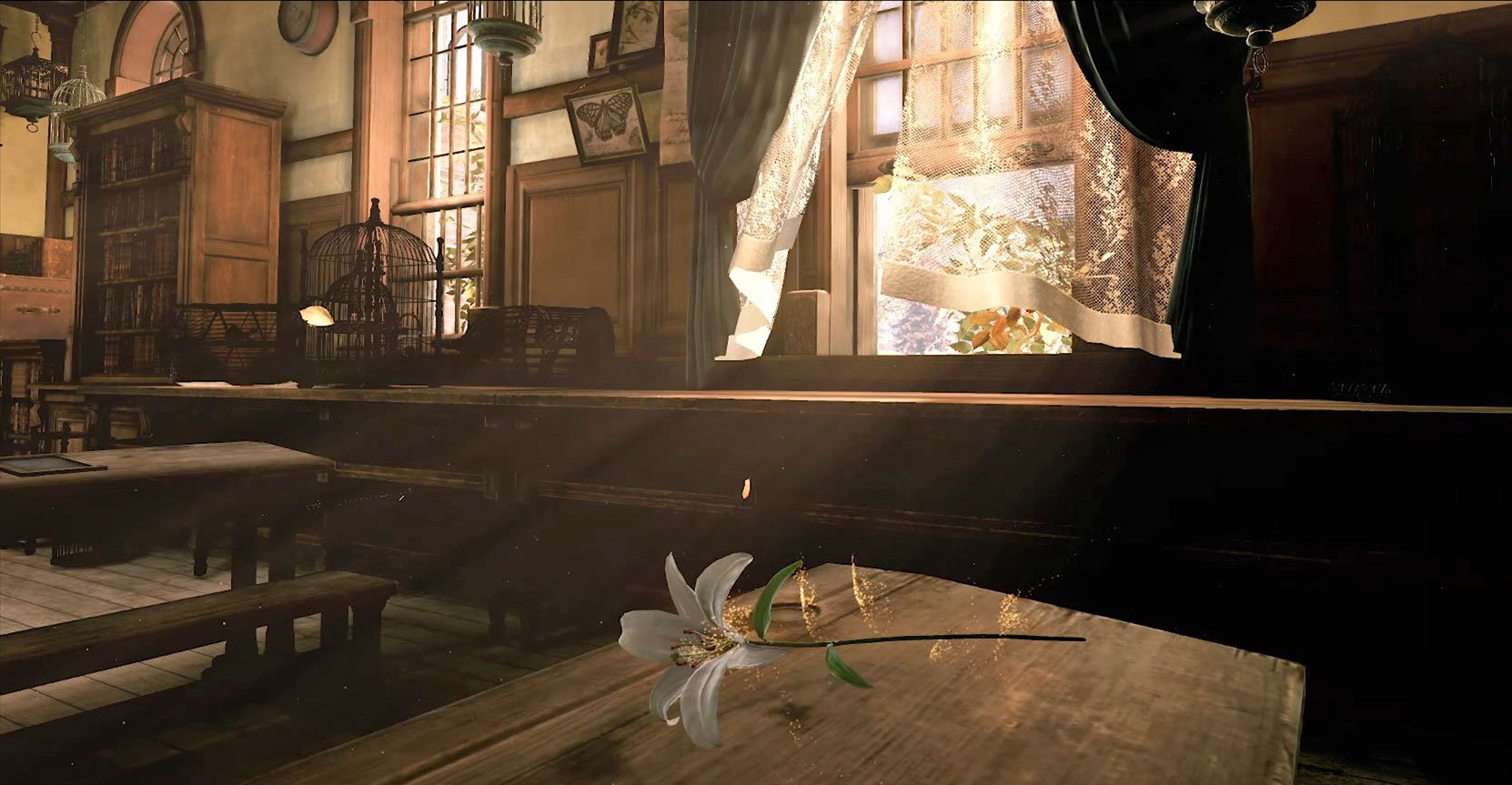 You'd be forgiven for thinking Deracine is from an unassuming VR developer well-versed in fairy tales and lighter fare. It's actually From Software's brainchild, a developer that's clearly and unfortunately out of its element with its first virtual reality adventure.

From Software, despite being known from the austere horrors of its popular Dark Souls series, has jumped straight into the classical, fanciful world of magical storytelling with disappointing results. If you were wondering whether the developer still had it when it comes to slower, more methodical and fantastic ideas instead of the dark and harrowing, well, they may need to go back to the drawing board. Deracine is a plodding, boring mixture of uninspired storytelling and puzzles cobbled together with some interesting mechanics that don't always work the way they should.

Deracine has players take on the role of a mystical "faerie" exploring a traditional boarding house teeming with children. You, as the magical faerie, explore the school in a realm where time is essentially frozen. Instead of interacting with characters in real time, you instead manipulate items around them and do things for them, then watch as the scene plays out. This can mean placing things in their hands, tickling their noses to get them to sneeze, or a variety of other odd things that you must complete to move forward. Most of your interactions consist of clicking on a sparkling orb near the character to hear their thoughts, and moving on from there after getting some sort of cryptic clue.

You have two powers to accomplish important tasks with: a ring that can store life energy from one thing and give it to another, and a pocket watch that can help you travel in time. Both must be used in tandem at times to solve various puzzles, many of which require you to take one item and put it in another location after reading a note or listening to a frozen character's riddle-tactic diatribes. The children sound nothing like real children, let's be honest, and their dialogue is even worse.

It's clear that it was From Software's intention to elicit some sort of feelings from me when its narrative started to take a turn for the darker during its 3.5 hours of playtime, but I just couldn't bring myself to care about anything these characters did or said. They were so obnoxiously "pure" and "innocent" that it felt saccharine, and given that they were doing nothing of importance, I never felt as though there were any real reason to press on other than finishing the story for the sake of having done so. There's no way to fail, no way to make the wrong choice, and nothing to be concerned about – just what you should do and find next. And it was never interesting to do so. It was made especially frustrating when the Move controllers decided they didn't want to behave properly, as well.

Deracine is chock full of these kinds of moments, where you're engrossed for a moment in how cool VR can truly be, but then you find it all come crashing down due to a glitch, largely uninspired set pieces, or awkward voice acting. Many times, all of these aspects came into play, and turned what could have been an interesting, storybook-like experience into a plodding, uninspired point-and-click playground.

Deracine opts for teleportation-based locomotion, and requires PlayStation Move controllers. Unfortunately, there's no DualShock 4 support, which was a letdown, as it would have made for a much smoother and believable experience to be able to wander about the boarding school with the freedom and gait of a regular person. There's no "magical" feeling about hopping from node to magical node, only an odd feeling that the game wasn't quite advanced enough to allow for additional exploration. I would have vastly preferred more freedom to walk around in the virtual space, and turning being relegated to the Move controllers' face buttons felt like only slightly improved tank controls. Sometimes this, along with the Move controllers in general, made for some particularly frustrating moments.

Here's a great example. To imbue yourself with one half of your magical powers in Deracine, you must place a red ring on your right hand. I couldn't do this – my left hand had gotten stuck inside the bed that the red ring was floating above. Moving to another area didn't resolve it, as my hand remained stuck there. I'd go back to the bed and see my hand clear as day, which I could manipulate with my left Move controller, but all that did was rotate the hand a bit.

I ended up having to restart the game and reset my PlayStation VR headset twice before I could proceed past this point – all within the first five minutes of the game, mind you. When I finally got the ring on my finger, I had a slight chuckle at placing a ring on my own finger as if I were now betrothed. I found it magical, as I always do, that I had "hands" in the virtual space, and could manipulate items as small as a ring with a simple button press. That didn't take away my annoyance, however, and it fully broke immersion to think that my hand was simply stuck in a bed somewhere in this "magical" space.

There were more than a few frustrating quirks to Deracine that did otherwise remove me from the experience. Like many virtual reality titles, the controls often left much to be desired. While you can reach out and manipulate some objects, you can't do this to everything in the game, unless it's clearly marked and selectable, often with a red outline. Many times I wanted to touch something that I was simply unable to, though the game made me feel as though the item was going to be available to me – it was extremely disappointing to find out otherwise.

I did, however, find that the environments and characters themselves were intricately detailed, and it felt nearly like standing face to face with real people during some fleeting moments. I also particularly enjoyed being able to pretend I was petting the dog I found hiding under the porch, which was obviously a highlight of the game for me.

In the end, Deracine accomplishes little that a point-and-click adventure couldn't do. It's capable of beautiful and engaging moments, but hamfisted dialogue, awkward voice acting, and frustrating VR behaviors ruin it, for the most part. When the game is clearly trying to be delicate and graceful, the sinister undertones (likely due to the voice acting) give it a bizarre, unnatural tone, and for a studio that's capable of absolutely excellent narratives and gameplay, this felt quite tone deaf.

Despite the developer's pedigree with slower-moving games like Echo Night, it had great difficulty putting together a meaningful narrative that was pleasurable in any real way to watch unfold. If From Software opts to create another VR title in the future, I hope it's at the very least a different genre.

This review is based on a PlayStation VR digital code provided by the publisher. Deracine is available on November 6 on PlayStation VR via the PlayStation Store. The game is rated T for Teen.