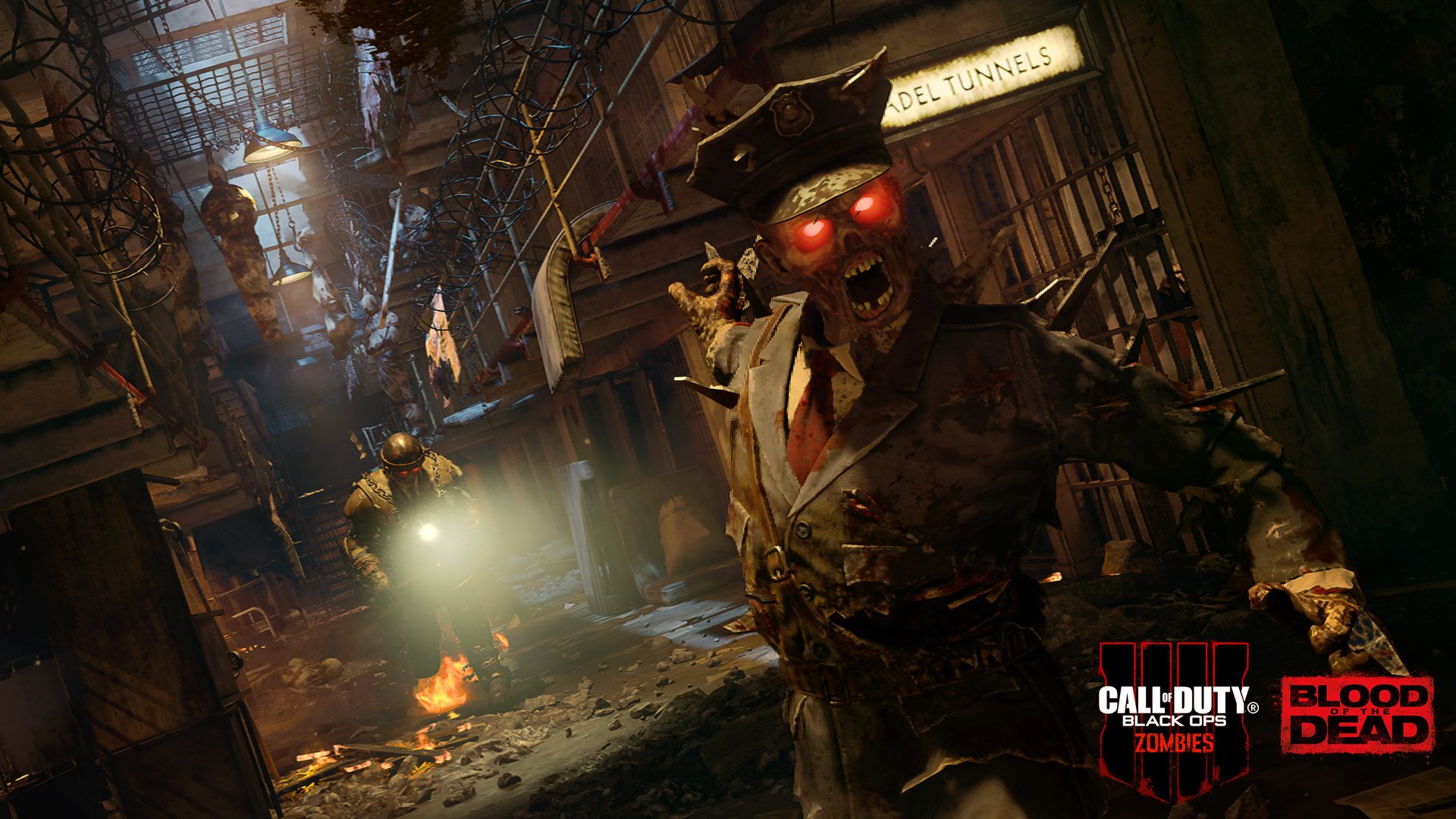 How to unlock the Pack-a-Punch in Blood of the Dead - Call of Duty: Black Ops 4 Zombies

How to unlock Pack-a-Punch

Unlocking the Pack-a-Punch in Blood of the Dead is a complex quest requiring players to explore almost the entire prison. Before this can be attempted, it is important for players to turn on the power, as certain areas and enemies are only available with the power restored. It might also be worth attempting this in split-screen with a friend, as this is not an easy task.

The Pack-a-Punch is located on the prison’s roof, but before visiting it, players will need to turn on the power and then build the Spectral Shield.

How to build the Spectral Shield

The Spectral Shield can be built by finding three key components hidden around the prison:

These three parts create a shield that is used to charge a gauge near the Pack-a-Punch machine. Unfortunately, these parts have a few random spawn locations, which means a bit of time must be spent scouring the prison. If a part isn’t found in one location, take a moment to hunt around the other places.

Where to find the shield frame:

Where to find the Afterlife Essence:

Where to find the Warden Key:

The Warden Key is the easiest part of turning on the Pack-a-Punch machine as it drops from a high-level zombie that is a guaranteed spawn. Players should look out for a large, well-armored zombie that charges at them – this enemy will drop a Warden Key when killed. It can spawn at any time during the Blood of the Dead campaign, though it will definitely happen once the second power switch is turned on.

The Pack-a-Punch is an important tool for players looking to survive into the late-game rounds of Zombies, though it is a costly investment. Every upgrade costs 5,000 points, so start saving! Check out the Shacknews Call of Duty: Black Ops 4 guide and walkthrough for more Zombies guides.