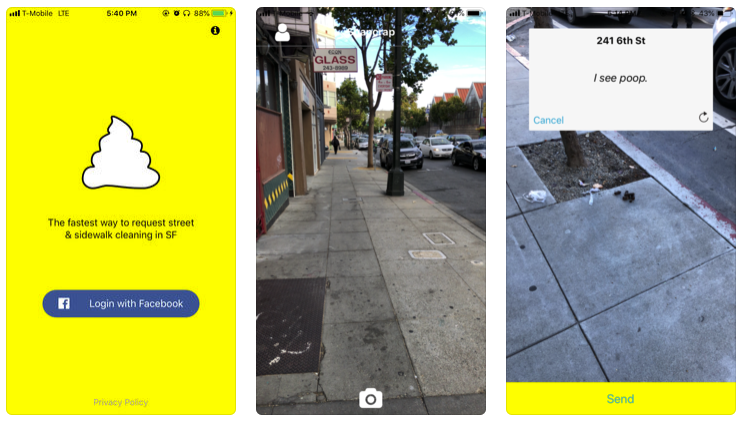 San Francisco is really a special city. Each year, it gets more expensive and more colorful. In recent months, the city has actually made some efforts trying to clean up the streets. They are not directly addressing the opioid crisis or glaring wealth disparity, but they are tackling the city's big problem with fecal matter polluting the streets. With the latest Snapcrap app, San Francisco residents can now take a stand against the dumps literring the streets of their fair city.

Snapcrap is currently only on the App Store and developer Sean Miller describes it as "The fastest way to request street & sidewalk cleaning in San Francisco. See something gross? Just snap a photo and press submit. Tickets get instantly submitted to 311." This might be a better application than Snapchat, but we will have to give Snapcrap some more time to report its daily active users. Litter in the streets of San Francisco is a huge problem, and we hope that users will be able to report the piles of used needles as well as puddles of vomit that can easily be found throughout the city. San Francisco-based Shackers should definitely download the app and get to work showing their civic pride by reporting as many dumps as possible.