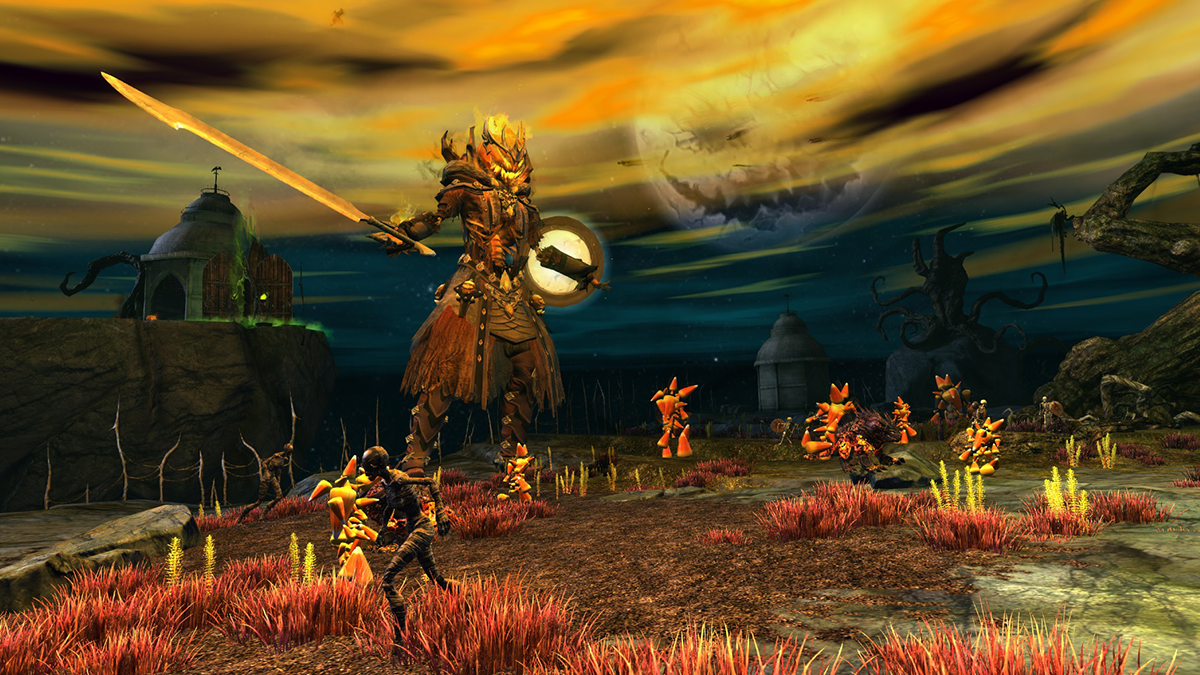 There's only a few weeks left before Halloween, which means ongoing games are getting into their annual October festivities. That includes Guild Wars 2, which is holding its annual invasion from the Mad King Thorn.

On Tuesday, ArenaNet announced that this year's Shadow of the Mad King event would return on October 16. Players can take part in a whole new side activity called the Mad King's Raceway. To explain this, let's flashback to our exclusive interview with Game Director Mike Zadorojny:

"We do have a couple of surprises that are coming for Halloween this year, because fans of the franchise and the lore know that Mad King Thorn does have some history now with the player and other iconic characters from the game. So we're going to build upon that and go from there. Obviously, we saw that with the release of the Roller Beetle in Episode 3, players just really enjoy creating their own beetle races and those types of things, so we've been paying attention to that."

Indeed they have been paying attention, because the Mad King's Raceway will see players jump on their Roller Beetles for a race around the Reaper's Rumble map from the first GW2 Halloween event. And speaking of Reaper's Rumble, that PvP event will make its return, tasking players with recovering pumpkins while sending out hordes of skeletons to attack the opposing team's base.

Additional lore surrounding the Mad King can be discovered by those who have completed Season 4, Episode 3 of The Living World, as those players can discover a new collection achievement that offers insight into the rivalry between the Mad King Thorn and Palawa Joko. Lastly, three new weapons await players. They include the Cure dagger, the Soul Conductor lightning rod, and the Revenge butcher knife/axe.

Look for this year's Shadow of the Mad King event to continue through November 6.