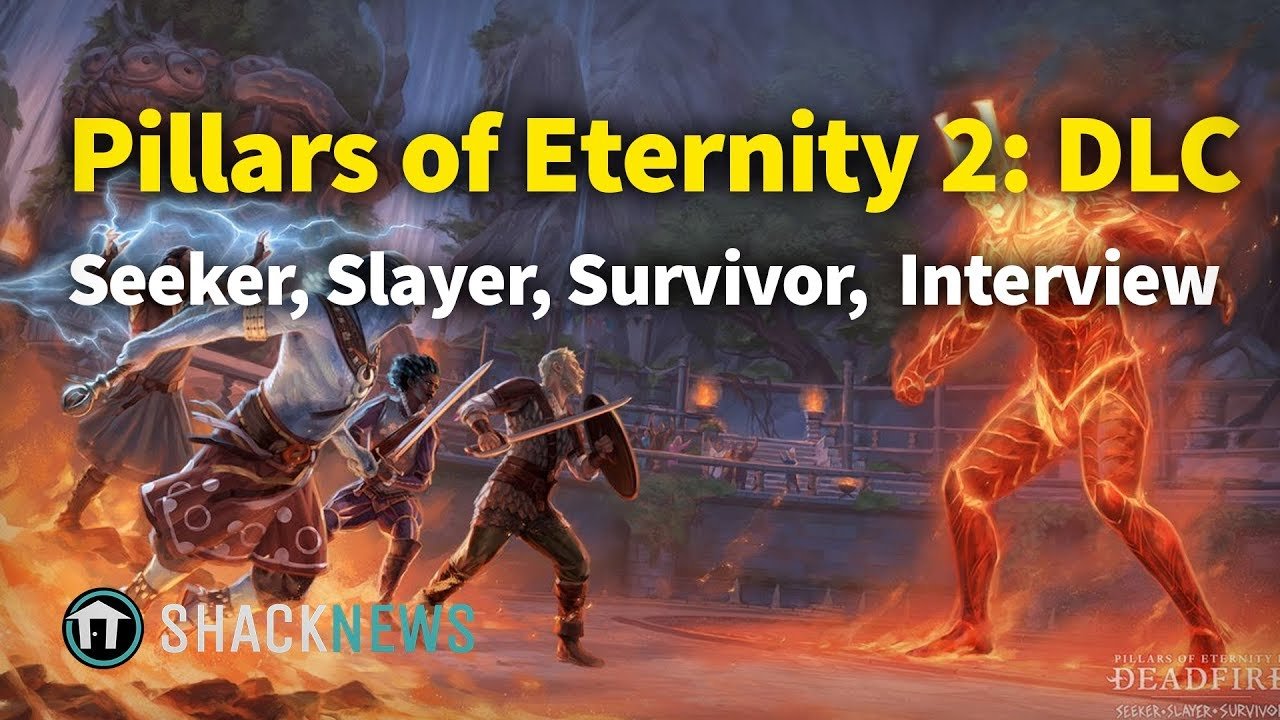 Pillars of Eternity 2 is preparing to ride off into its first batch of DLC. Obsidian is still riding high off of the game's positive buzz (which includes a sterling review from Shacknews), but took some time to talk to Shacknews about what players can expect next.

In the Seeker, Slayer, Survivor DLC, players venture to a mysterious island, where strange happenings are occuring. Their journey eventually takes them to the island's arena, where they encounter waves of enemies and challenges from some monstrous creatures.

"We're gonna see a really cool Fire Titan, which is like an Engwithan Titan, but with fire!" lead narrative designer Alex Scokel tells Shacknews. "We're bringing back some old favorites from Pillars of Eternity, with big pointy teeth, which I won't spoil the name of yet, but my guess is those of you who play the game know what I'm talking about."

Scokel further teases things with glowing eyes, from fish men to ogres, as well as shady characters. To learn more about what's coming in the Seeker, Slayer, Survivor DLC, check out the full interview. For more content like this, be sure to subscribe to Shacknews and GamerHub.TV on YouTube.

The Seeker, Slayer, Survivor DLC for Pillars of Eternity II is out today on PC and Mac.