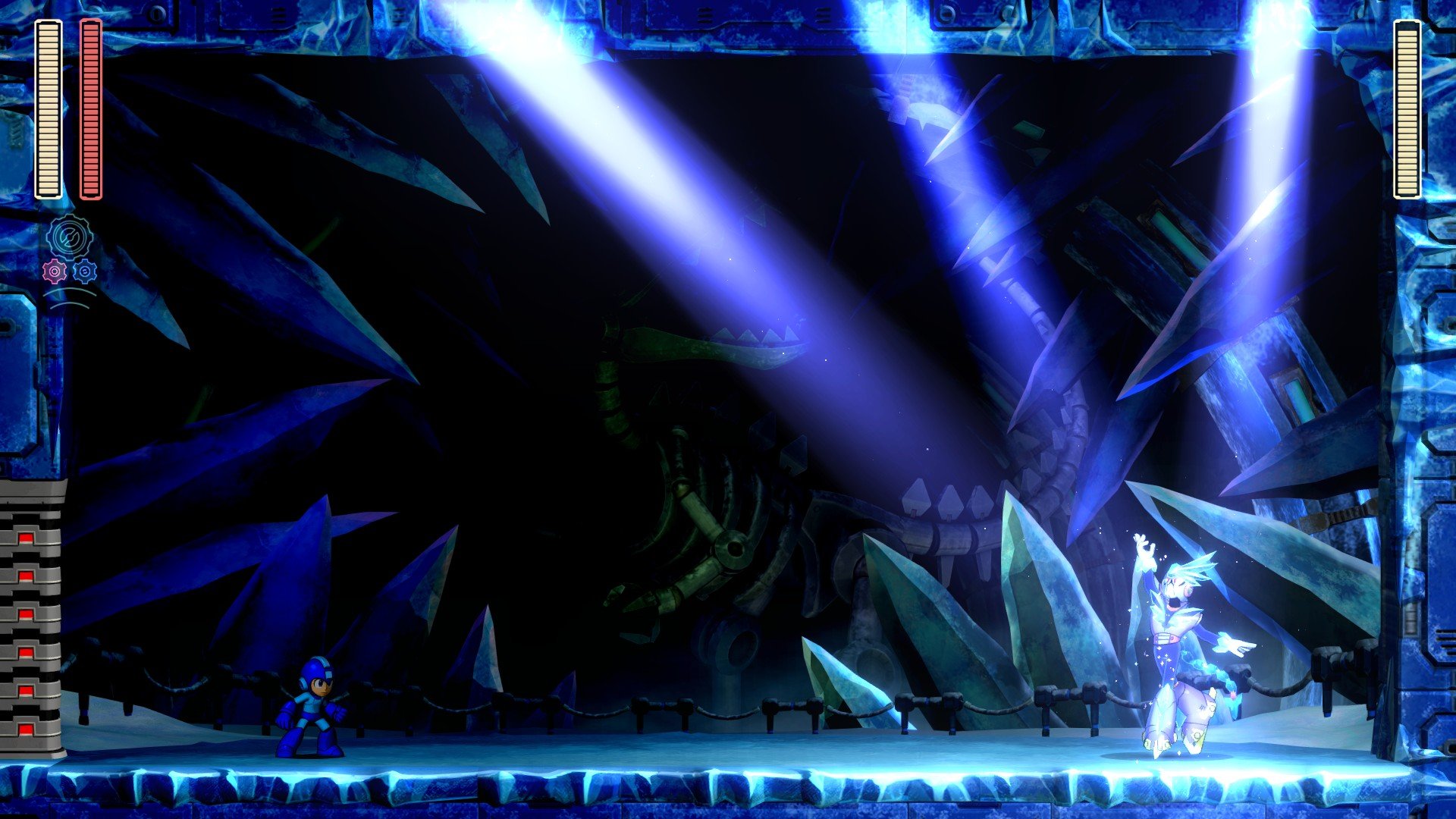 Mega Man 11 is nearing the home stretch, as it's set to release in just a matter of weeks. During this year's Tokyo Game Show, Capcom unveiled the next of the Robot Masters looking to hassle the Blue Bomber. It's Tundra Man, ready to make things chilly for players everywhere.

Unlike his frosty predecessors, Tundra Man is a much more flamboyant figure, taking more after a figure skater. Capcom-Unity goes into his past history as an environmental robot meant to monitor the coldest climates, but one who quickly grew bored and got into ice skating, instead.

Those who are able to survive Tundra Man and his treacherous frozen museum will pick up the Tundra Storm, which unleashes an icy tornado upon enemies. When boosted with the Power Gear, this weapon will cover the whole screen.

Mega Man 11 is set on PC, PlayStation 4, Xbox One, and Nintendo Switch on October 2. For those who want a better idea of whether this Mega Man game is for them, there's a free demo up and running right now.