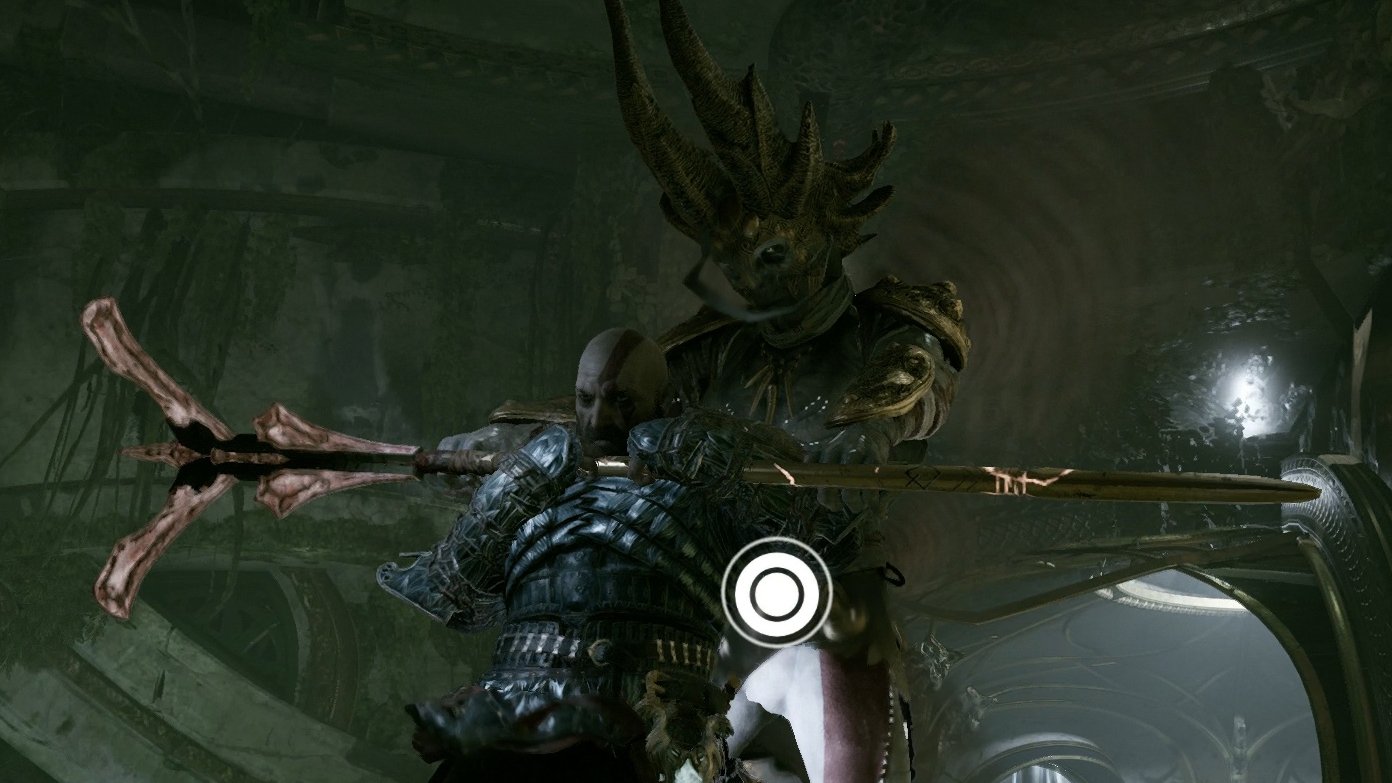 For a lot of players, the fight against Svartaljqfurr stands as the first real obstacle in God of War. The fight tests the player’s reflexes, specifically to dodge the blinding orbs, as well as their ability to land a few hits and then retreat. On the Give Me God of War difficulty, the fight is arguably quicker, though any mistakes in dodging are punished swiftly.

The fight with Svartaljqfurr took me a few tries on Give Me God of War, but not for any overt difficulty. I went into the fight trying to be flashy, activating all the Runic attacks and trying to deal huge burst damage, thinking it would look awesome and be fun to watch. But for some reason, Svartaljqfurr is able to slip away without being stunned by some of the most powerful attacks Kratos has to offer. The result of this is Kratos continuing to slash at the air while the Dark Elf fires bombs that can remove one-third of Kratos health.

Unfortunately, I’m quickly realizing that the majority of these bosses can be beaten by simply standing still to bait out an attack, dodging slightly, and then following up with a few attacks before repeating the process. Hopefully the Valkyries offer a bit more of a challenge lest all these fights come down to chipping away without anything stylish happening.

Be sure to check out the fight against The Stranger which takes place at the start of the game. Instead of using fists and the Leviathan axe, I opt for the deliciously visceral Blades of Chaos. While you’re at it, the Shacknews God of War Collectible and Guide hub houses a lot of thorough walkthroughs.