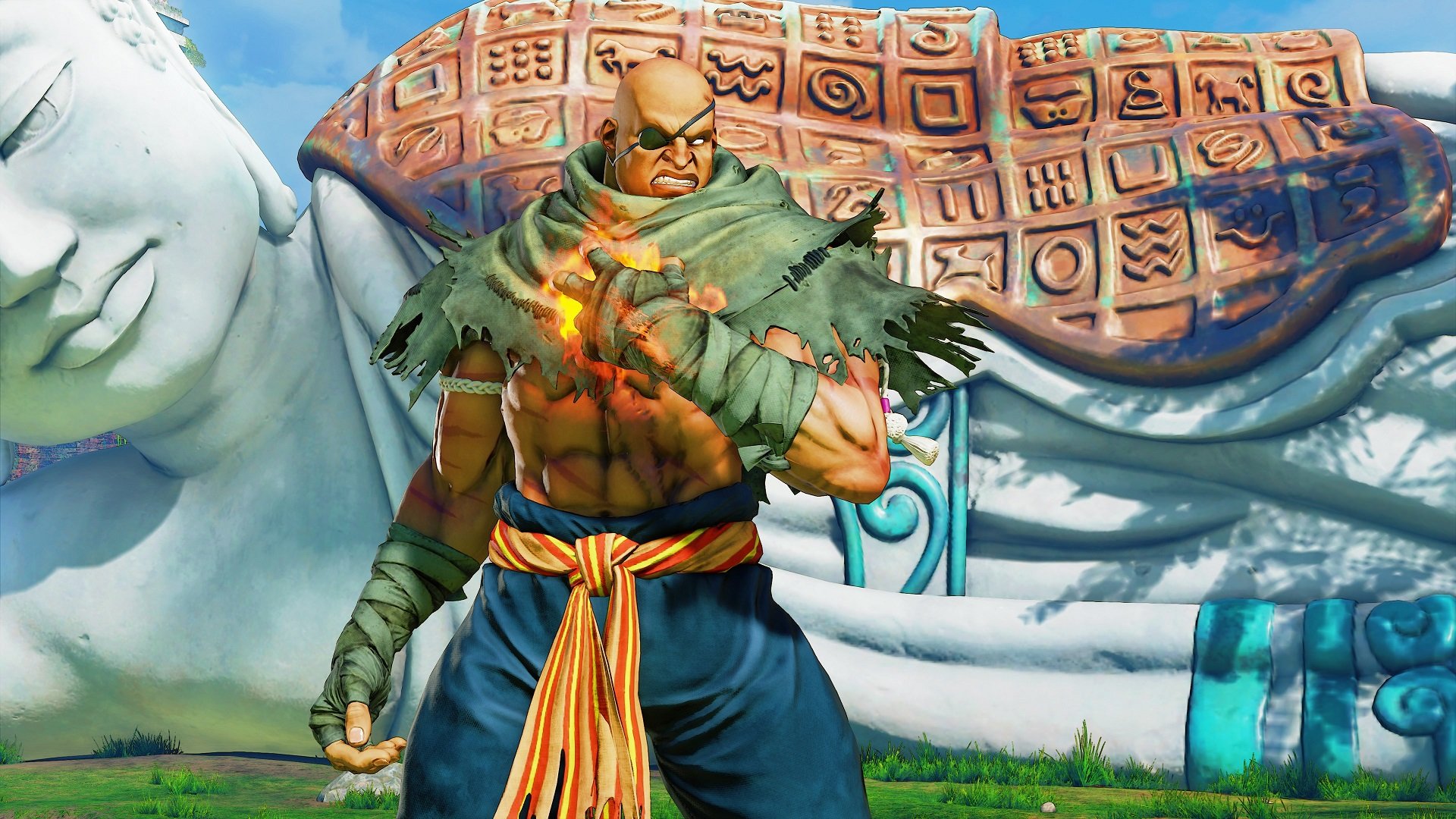 After losing to the same rival endlessly, the time comes for some soul-searching. Sagat has traveled the world and now looks to have found the ultimate version of himself, as the latest member of the Street Fighter V: Arcade Edition roster. Is Sagat finally capable of defeating Ryu, once and for all?

Shacknews wanders down the mountain and enters the lab for a closer look at the final third season character. We know his basic moves, but what else can people look forward to from the returning Sagat?

Anyone who has played Sagat across any of his incarnations should know exactly what to expect here. His full arsenal of classic moves is back. That includes the Tiger Shot, Tiger Uppercut, and Tiger Knee.

First off, the Tiger Shot will be Sagat's go-to projectile. This can zone out opponents, especially if you can keep them on their toes with the standard version or the lower version of the move that uses the kick button. The Tiger Shot takes up a lot of space and is one of the better projectiles in the game. If you like keeping your distance, you'll love Sagat's V-Trigger I. Tiger Charge allows Sagat players to unleash Tiger Cannon, which can nail opponents for a whopping five hits. But it moves pretty fast, so be sure that the opposition doesn't jump out of the way. Use Tiger Cannon in combos or to juggle hapless opponents.

For those looking to utilize Tiger Uppercut more in their offense, maybe consider using V-Trigger II. I don't expect Tiger Assault to be used a lot, but the Tiger Spike and Tiger Rush moves are very combo-heavy moves that can be used defensively or to rush down the opponent. A fully-charged Tiger Spike combos into an EX-Tiger Uppercut beautifully.

Be sure to practice a lot with Tiger Uppercut and Tiger Knee, because while both moves are punishable whenever they whiff, they're great for extending combos. Your timing will have to be precise to make it work, though.

The first person we turn to regarding Sagat impressions is Justin Wong, who has a blunt assessment of the new character. He basically calls him Street Fighter IV Sagat, which is fine for Street Fighter IV, but does seem to indicate that the character has been left in the dust.

Played like 30 mins of Sagat here are my thoughts of what I found while playing. I’ll write a G one when I get home but I already think G is very good and best Season 3 DLC probably

Thoughts on my Sagat notes? pic.twitter.com/rrjLDxuQkc

How about impressions from some old Sagat mains? Joe "LI Joe" Ciaramelli was among the pros most excited to see Sagat show up at EVO. But after some practice with him, Joe doesn't seem too enthused about his old character.

Real sagat thoughts. I dont think he is totally bad but he isnt great. The fireball dp game is good but in such an oppressive game with so many ways around fireballs it's tough. Throw range is small buttons are big and slow forward/back dash slow triggers aren't too great either

Another Sagat main from the SF4 days, Sanford Kelly, is equally lukewarm about the character. However, he does note that there's room for improvement.

Sagat just seems like he doesn't play his game that well. I feel he'll be better down the line. 130 damage for throws...tiger shot damage being poor...VTs are just okay...jump ins suck...buttons slow...just make him a bit weak imo

What about a Japanese Sagat main? Masato "Bonchan" Takahashi was also excited to see Sagat make his return to Street Fighter. And he's been putting some heavy time into the lab, putting on heavy pressure with Tiger Shots and showing quick reflexes with Tiger Uppercut anti-airs. Sagat particularly appears to excel in the Ibuki matchup, as the Tiger Uppercut can often stop her aerial offense in its tracks.

But while the pro scene doesn't seem to be loving Sagat much, one player to watch out for might be Daigo Umehara. Daigo has been trying out Sagat extensively for the past week and he may be more dangerous with the character than anyone expected.

How's your Sagat experience been so far, ShackFighters? Join the conversation and let us know in the comments.

Power Rangers: Battle for the Grid is getting a Street Fighter character crossover in May
Login / Register