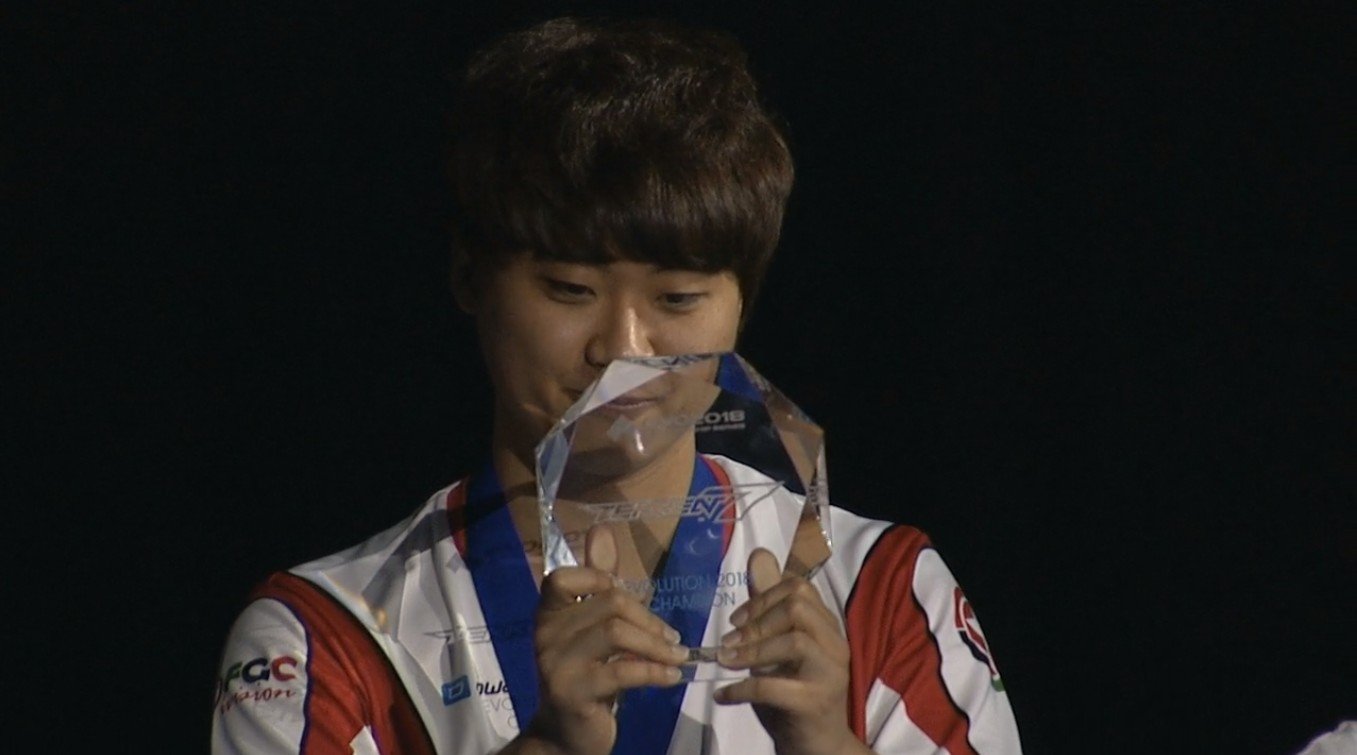 LowHigh appeared demoralized following the bracket reset, but he certainly didn't show it in the second set. He bopped Qudans for the first seven rounds and quickly took the defending Tekken champion to the brink. Qudans took two rounds in the third game, but ultimately dropped some critical hits.

Qudans wasted no time getting aggressive with Devil Jin and taking the first game three rounds to nothing. LowHigh came back in the next game, but Qudans continued to keep things close. Qudans was able to wrap up the first set 3-1, but it took some work. He dropped a combo near the end and lured LowHigh in by goldbricking on the ground. Qudans bounced up and was able to score the set-winning combo.

The other big story of the weekend was American player Terrelle "Lil Majin" Jackson, who made an improbable run to 3rd place. Lil Majin's King piled up victories over some of Tekken's top international talent, including Sang-hyun "JeonDDing" Jeon and Hyunjin "JDCR" Kim. Jackson is currently 22nd on the overall Tekken World Tour rankings with 145 points and is third among American players behind Hoa "Anakin" Luu and Joseph "Joey Fury" Bennett.