Drifter Entertainment has only been in existence for two years, but its roster of developers have racked up experience across a vast number of gaming studios and their high-profile games. The team at Drifter includes former members of Epic Games, id software, Oculus, and Microsoft, among others. They recently came together to release Ready Player One VR tie-in Rise of the Gunters, but also brought new first-person shooter Gunheart to Steam Early Access. On Monday, the full version of the latter game went live.

For those unfamiliar, Gunheart is an online co-op (drop-in/drop-out supported) first-person shooter centered around robotic bounty hunters. The universe is filled with an alien menace known as the Anthromites and they must be dispatched with heavy weaponry. Gunheart features ten unique weapons, but the game's RPG elements allow for those weapons to be upgraded and modified in dozens of different ways. On top of that, a majority of the game's weapons (modded or not) can be dual-wielded.

Shacknews recently had a chance to try out Gunheart, where we checked out some of the game's linear, outdoor stages. Traversal is a must, with enemies coming from above, as well as from behind. That's where Gunheart's key traversal mechanics come in, where players can instantly teleport short distances. This not only makes escaping from enemies easier, but it also allows for quick ways to cross short chasms. 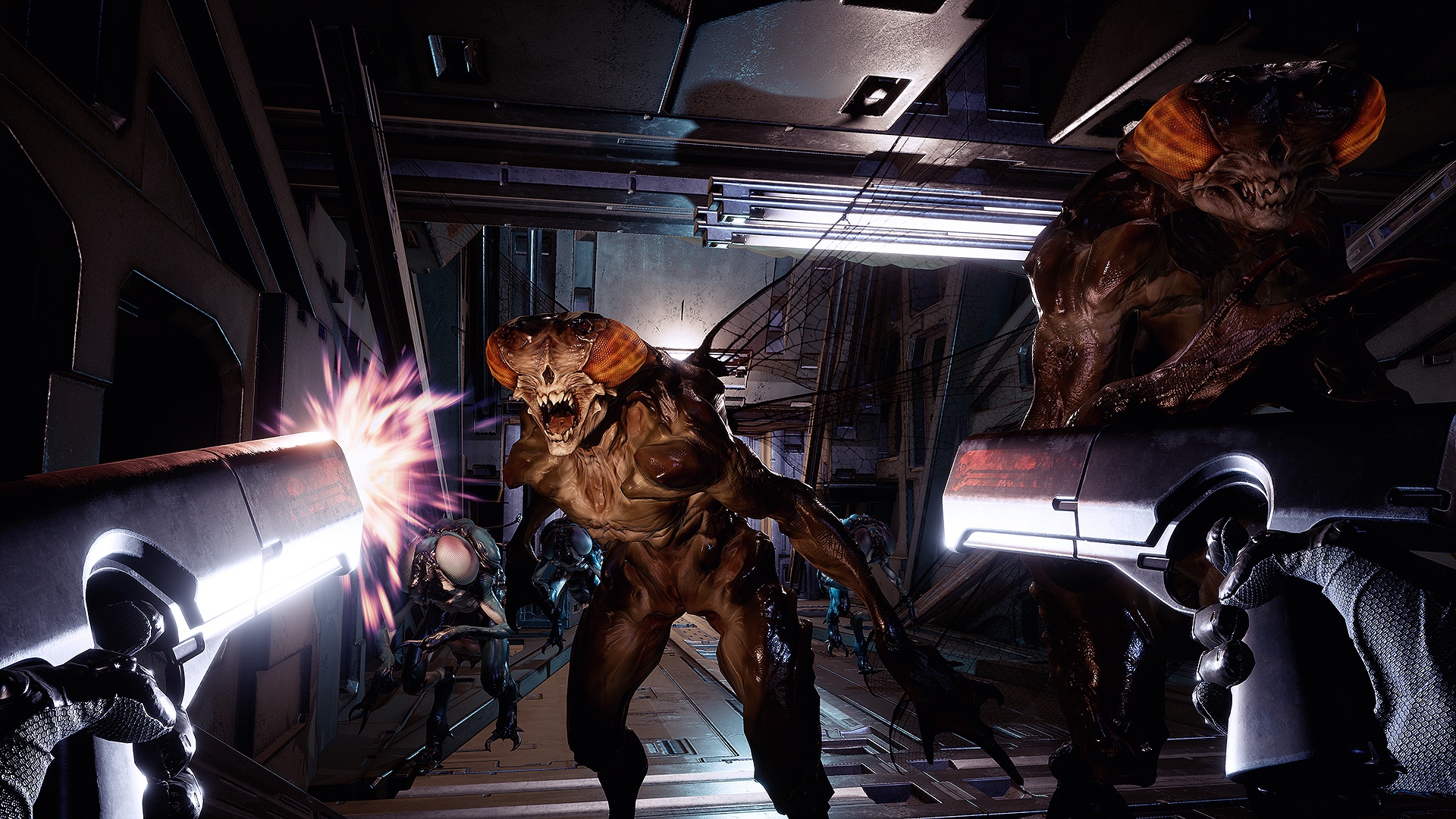 While I mainly tried Gunheart on a desktop, the game fully supports VR on Oculus Rift, HTC Vive, and Windows Mixed Reality, with cross-play enabled on all platforms. The full version of the game is available now.