During this year’s GDC, Bandai Namco held a special event to reveal some of the bigger mobile titles they’ll be releasing this year in the US. One Piece Bounty Rush is one of several new anime-inspired games coming to both iPhone and Android-powered mobile devices later this year. 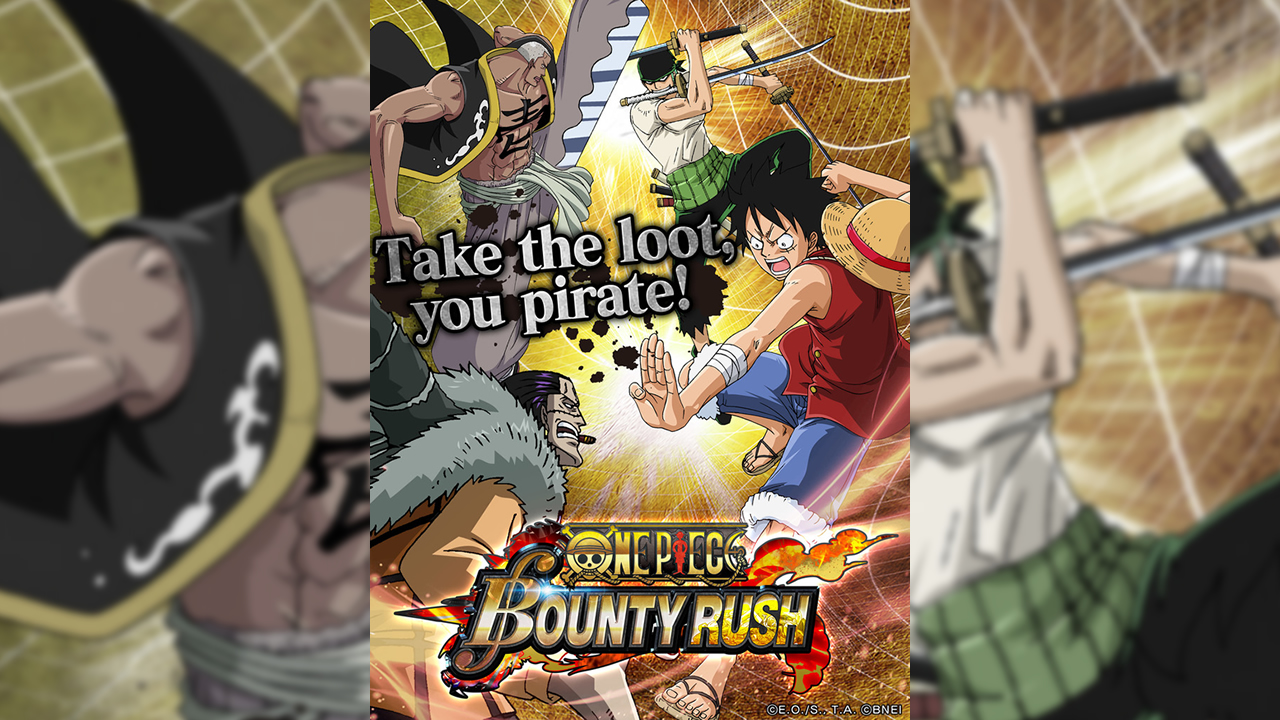 In One Piece Bounty Rush players will go up against other players from around the world in 4v4 action-based matches where the team who has the most coins by the end of the battle wins. Each team starts on an opposite end of the game map and tries to collect coins either through exploration or combat. There are AI enemies on the field to engage along the way that will drop coins or other useful items as well as some very tough to beat boss class opponents. Teams can always go after their opponents' treasure chests as well, that is if they can get past whatever defensive measures the other team has set up.

Combat has sort of a classic Dynasty Warriors “Musou” vibe to it, with its straightforward hack-and-slash aesthetics. But each selectable character has their own traits and fits into one of five character classes in the game. For instance, Yuffie is a fighter class, focused on beating up enemies while Nami is a supporter class who can heal teammates or offer buffs. Other classes include Shooter, Swordsman, and Warrior. 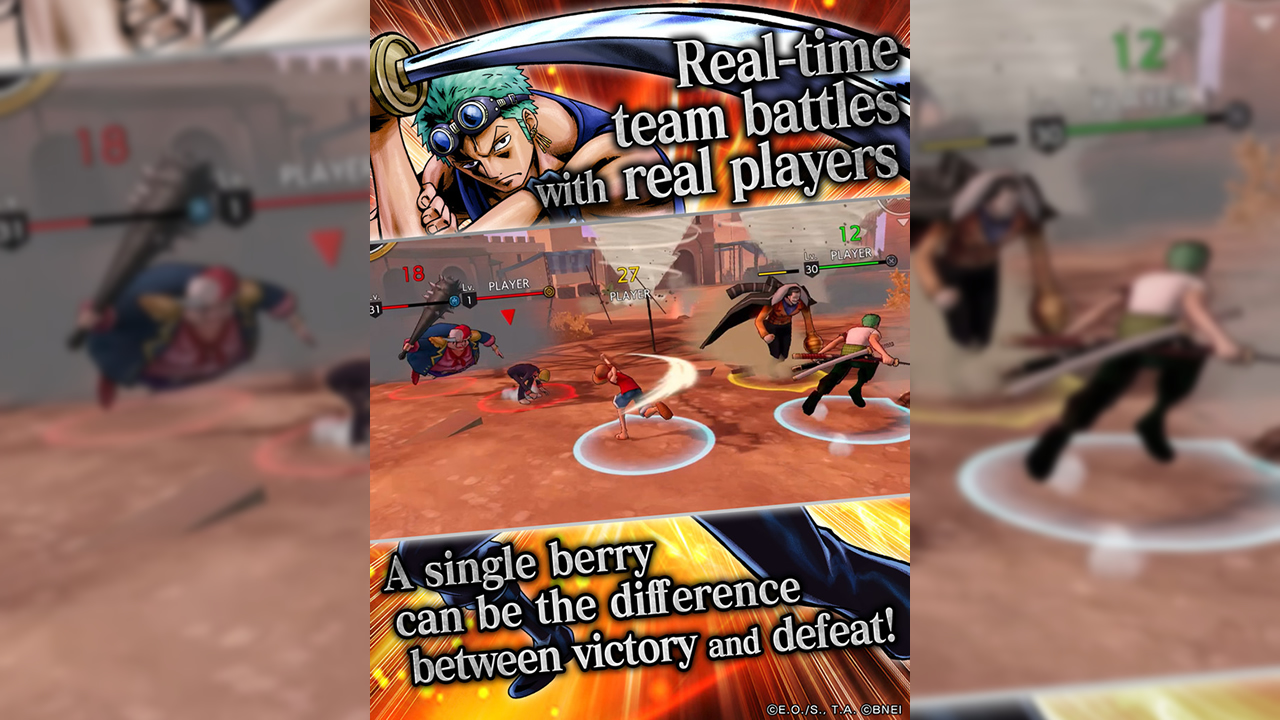 I got a chance to sit down with One Piece Bounty Rush’s Brand Manager Yoshinobu Takabayashi during the event to see if I could dig up some buried treasure in the form of a few extra details about what fans can expect from the upcoming mobile title. Please note that all questions were asked and answered through a translator.

Shacknews: Can you give us a quick overview of One Piece Bounty Rush?

Yoshinobu Takabayashi: One Piece Bounty Rush is a team vs team real-time game. One team has up to four people, so up to eight people battle each other at the same time in a battlefield based off a setting from One Piece. The goal of the game is to collect the most coins you can. The team with more coins wins the battle.

Shacknews: I noticed when I was playing, my characters kept leveling up as I was progressing through the battle. Does that carry over to each new battle, or is there sort of a starting point for everybody each time? 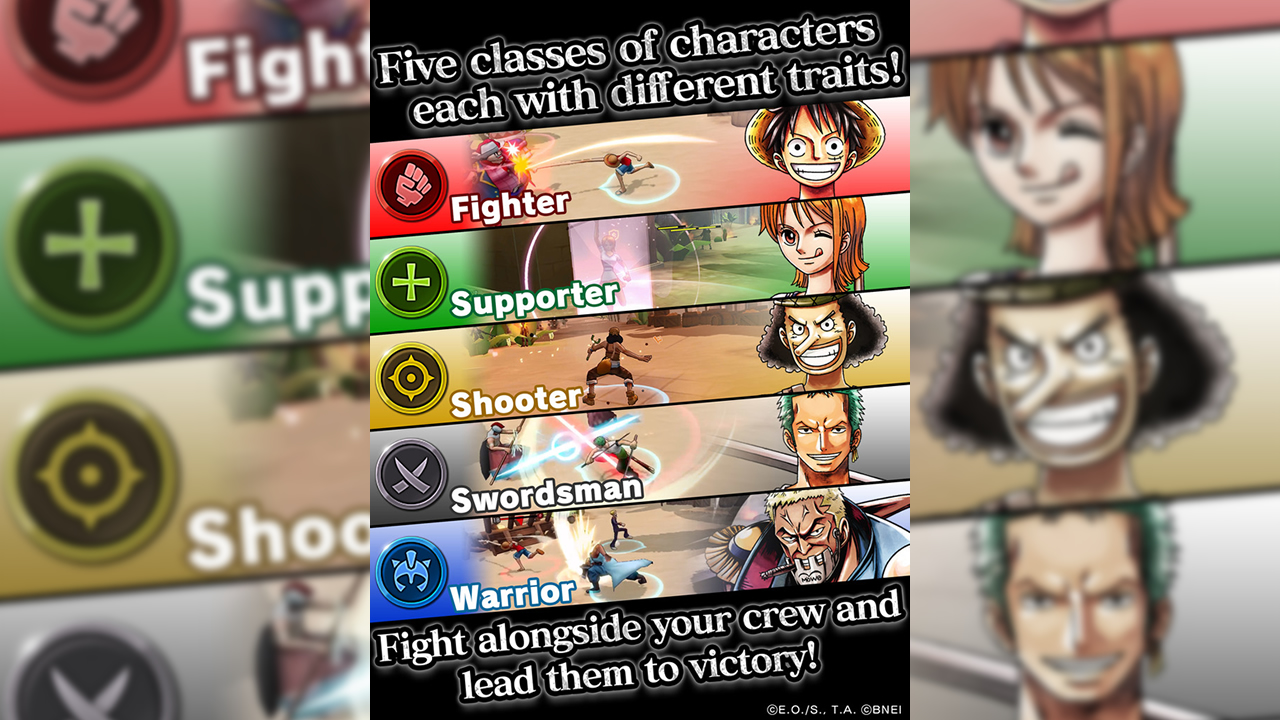 Shacknews: But the items on the battlefield, those are temporary, only for one match?

Takabayashi: Yes, it's only temporary.

Shacknews: But in the story mode, things are more permanent?

Shacknews: Can you talk a little bit more about the features in Story Mode?

Takabayashi: We have the Story Mode featuring the story from the animation of course, and we're going to have two different modes. Story Mode where you can play by yourself, and we're going to have Battle Mode where you can play with your friends around the world. So in the Story you will read a story from One Piece and get some items to level up your characters.

Shacknews: As far as the story is concerned is this from the beginning of the One Piece all the way up to where it is currently?

Takabayashi: Well I'm not sure. We're gonna start with the Fuushamura which is the first village that Luffy starts his voyage from the beginning.

Shacknews: How important is it for you guys to make a game that is quality for mobile? Mobile in America kind of has a stigma attached to it, but that's slowly changing.

Takabayashi: We think making One Piece mobile games is very important to us and for our fans. Everyone has smartphones, right? Thanks to the business model we employ, they can enjoy our games for free. Not using any money except for connection charges. People in the world can enjoy the games when they want, where they want, and how they want. For the console games customer, people have to have the console hardware. They don't have to buy other consoles or hardware to play our games. 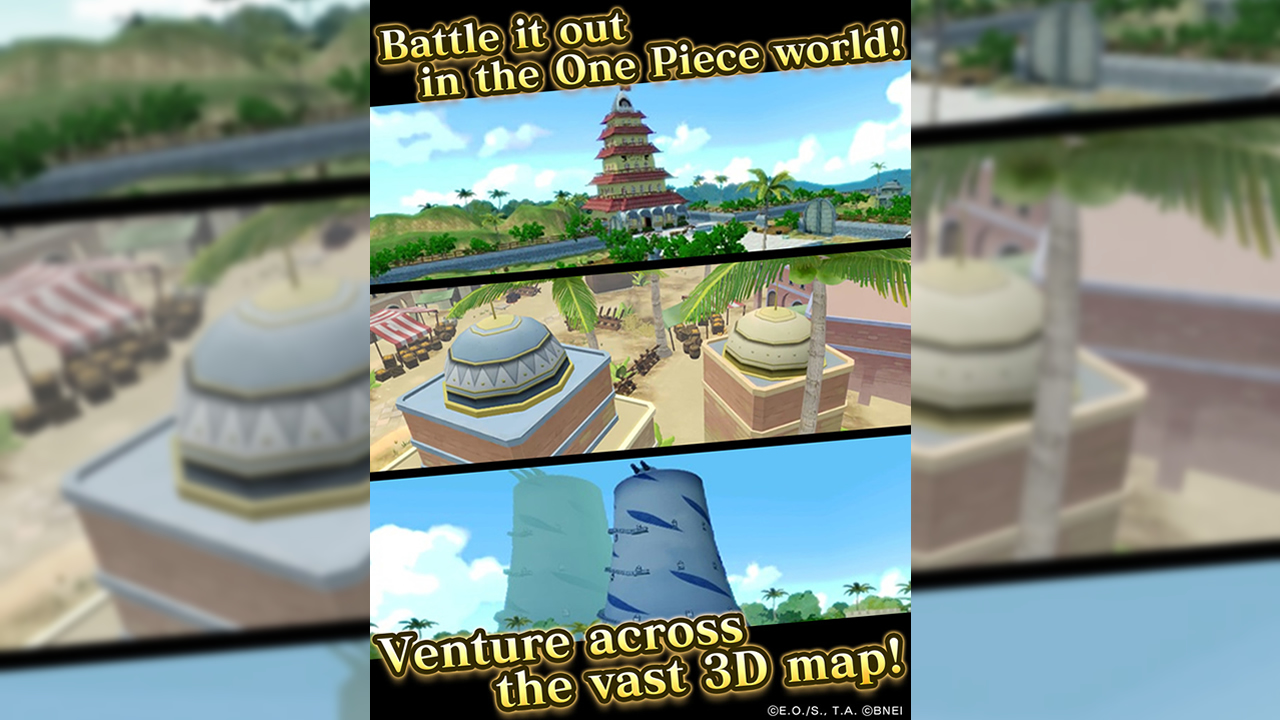 Shacknews: How did you guys come up with the core combat system?

Shacknews: Beyond the game mode that we tried today for PVP, are there going to be different options for PVP or different goals, or will it always be to have the most treasure?

Takabayashi: We're going to start with the ones you just mentioned, to have the most treasure or coins, but we might be coming up with other rules. We're going to think about it.

Shacknews: Can you talk about the AI bosses in the versus battles?

Shacknews: Do you have any tips for players on how to beat the bosses?

Shacknews: So you can let an enemy team wear down a boss, then swoop in after they die, take all the coins they leave, and then beat up the boss and take his coins too?

Takabayashi: Yes. Or, let them beat the boss and get the coins, but then kill the enemy who carries the coins.

One Piece Bounty Rush does not have a release date just but should be coming to iPhone and Android mobile platforms later this year.