It’s true. There have been much better times to build a gaming PC than February 2018. Between GPU market instability caused by a cryptocurrency mining craze dating back almost a year or the insane markups on DDR4 memory, the incredible value proposition provided by building your own gaming PC has officially flown out the window, falling 40 stories and becoming a greasy splat on the sidewalk. Even if you have unlimited funds on hand, simply buying the video card you want has become a challenge. This is the Dark Souls of months to buy parts for a gaming PC.

If you love a challenge, are a glutton for punishment, or simply need to buy things online to temporarily fill the hole in your life, you've come to the right place. This guide will lead you down a very expensive path, but you can take solace in the fact that PC gamers on the cutting edge had it even worse in the ‘90s. While it will hurt spending $250 on 16GB of DDR4 RAM, the 1996 version of you would have only gotten 8MB of SDRAM. Even better, you likely won’t even need to spring for a CD-ROM drive for this new build!

Without wasting any more time, let’s get on to business. While our themed build from last August featured a budget rig that used an array of white components, I felt that some new parts arrived on the market in the time since that warranted a return to alabaster glory. With the northern hemisphere still in the thick of winter, I thought it would be apt to label February’s build “Ice”. 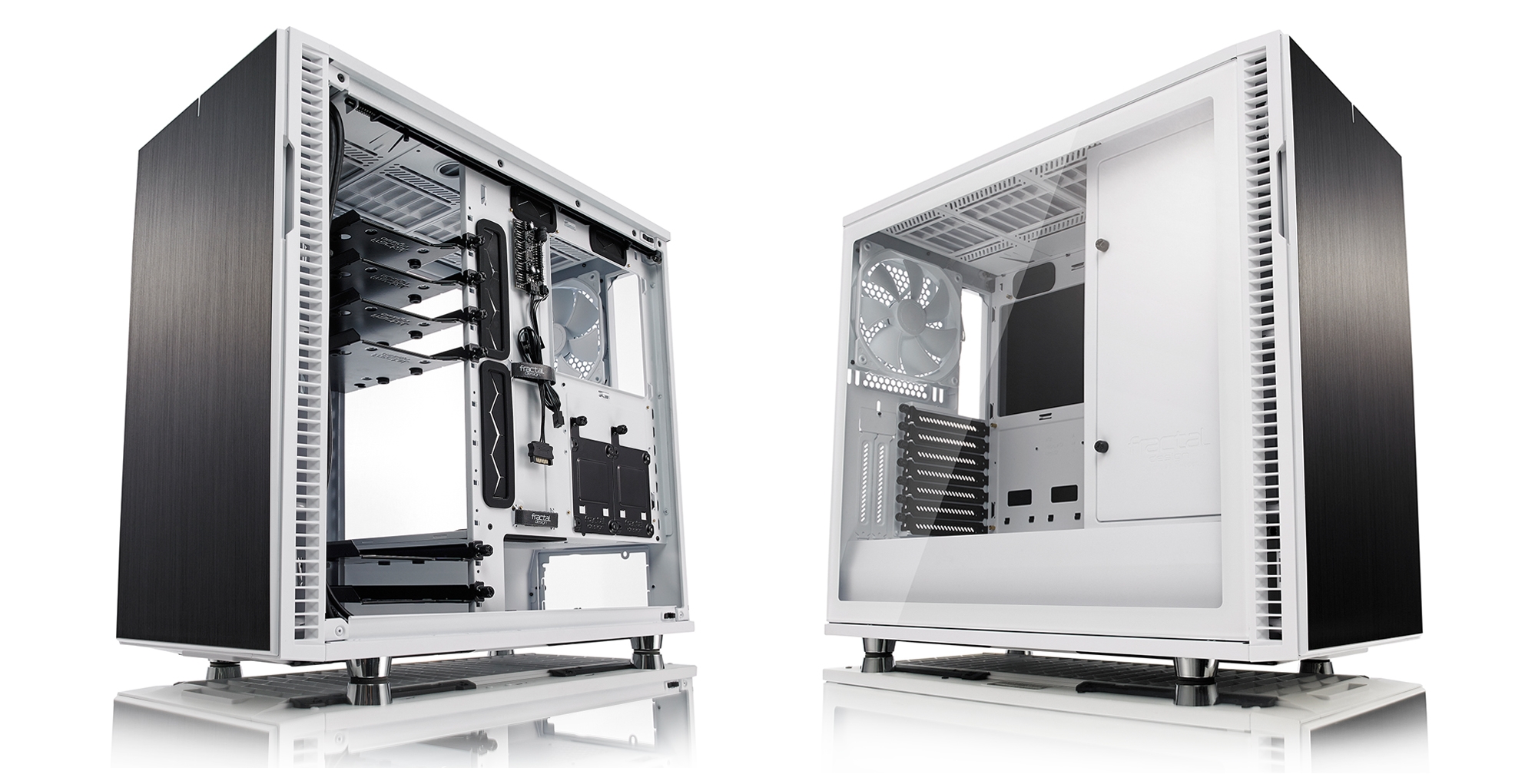 A Closer Look at the Components

At the heart of “Ice” lies Intel’s newest Core i7-series CPU, the 8700K. Unlike previous generation Core i7 desktop CPUs, the 8700K add an additional two cores and packs a total of 12 available threads with the use of hyper-threading. It manages to do this while still managing to carry the industry’s top single-threaded speed, which is huge for games or applications that cannot leverage the full allotment of cores and threads available. 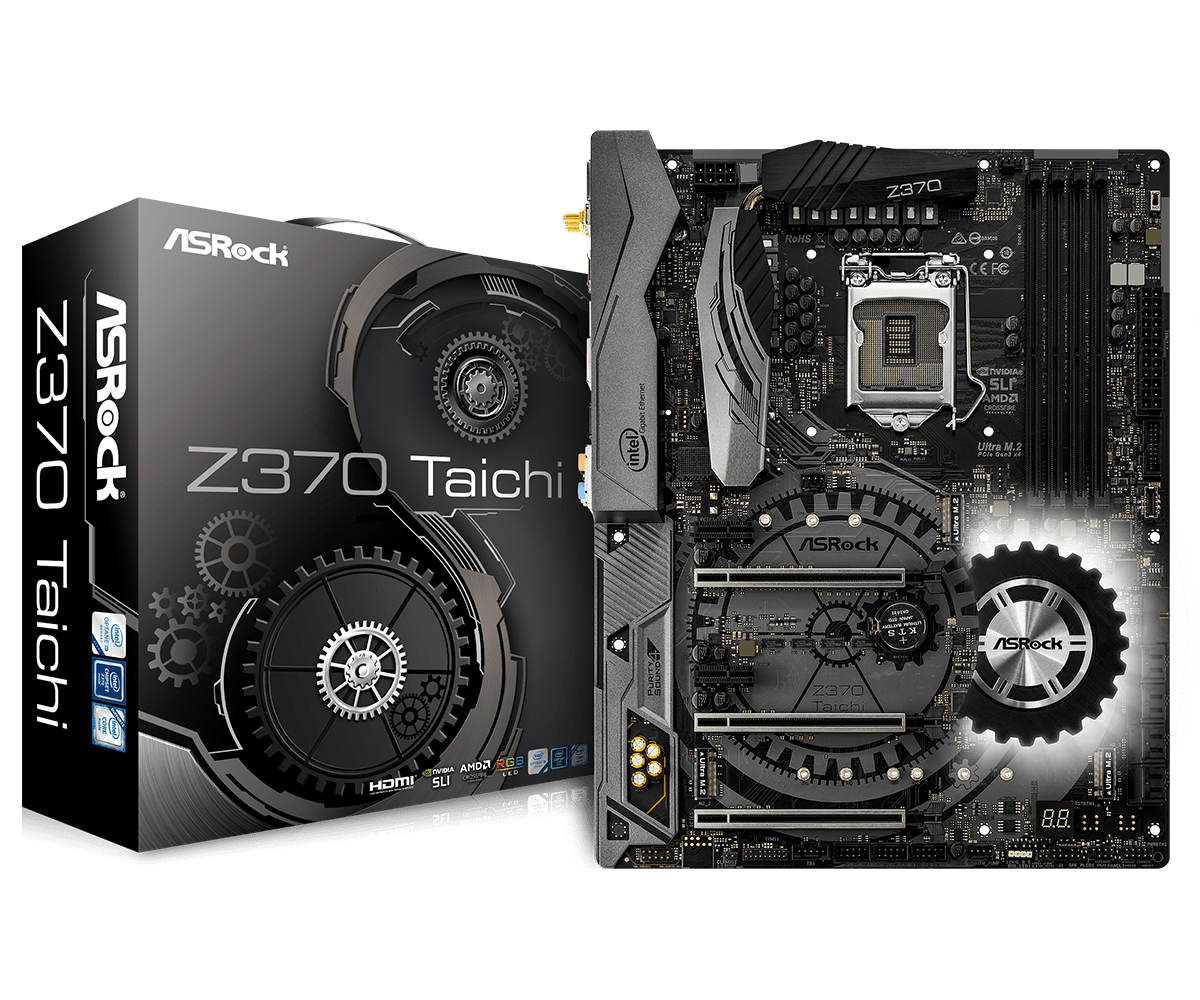 Any CPU must be paired with the right motherboard to get the best performance. The Asrock Z370 Taichi has the looks and brains needed for this operation. Sporting Intel’s latest Z370 chipset, multiple m.2 sockets, and a rock-solid power delivery system, the Taichi has everything you need to connect all the latest components at the fastest speeds. Overclocking the 8700K is also a breeze thanks to the powerful BIOS and incredibly stout VRMs on the board.

The G.Skill Trident Z memory kit is incredibly pricey right now (just like all DD4), but offers killer looks and will provide stability, even when paired with an overclocked CPU. The CL14 variant of this kit uses the coveted Samsung b-die memory chips, famous for their compatibility and stability.

While “Ice” was assembled under the premise that money was a secondary concern, throwing away money on incredibly expensive NVME SSDs offers no benefit for games or everyday workloads. Most PC gamers will get more use out of the extra storage space provided by going with a conventional SATA SSD. The Crucial 1TB MX300 m.2 SSDs are small and easily slide into the m.2 slots on the Asrock Taichi, requiring now power or SATA leads, leaving an incredibly clean looking installation. Additionally, the 4TB Caviar Black platter drive provides even more storage for games, media, or documents. For players who like recording their gameplay, the extra capacity will be very handy.

Selecting a GPU for this build was easy and hard at the same time. Finding anything in the performance category that would be regularly in stock borders on impossible. Because all GTX 1080 Ti cards are so scarce, I went with the model that matches the visual theme and offers top-tier thermals and acoustics. The EVGA FTW3 packs the triple-fan ICX cooler and the sweet-looking shroud is painted white. The Fractal Design R6 TG case in this build supports the new Fractal Design GPU riser kit, allowing your GPU’s fan shroud to be the center of attention, rather than the top of the card.

Spending this kind of cash on a gaming build without giving it clean power would be foolish. The EVGA G3 series has not been around for long, but already carries a legendary reputation for power delivery and performance. This particular model was one of the best units to ever come through the JohnnyGuru test labs, earning a 9.8 out of a possible 10 score. The unit is fully modular and compact in size, making it the perfect option for virtually any build.

The initial inspiration for this build came from the announcement of Fractal Design’s new Define R6 line of PC cases. The Define R series has a legendary reputation in the business and the R6 brings that pedigree into 2018 with an updated design ready to compete with the competition. The interior has seen a complete redesign from the R5 to accommodate the newest hardware trends and to make the process of building your PC enjoyable. Support for virtually any air or water cooler is provided, along with a PSU shroud to make cable management easy and great looking. The R6 is not a compact case by any measure. It is designed to hold all of your stuff and keep it cool and quiet with a load of fan mounts and sound damping material affix to interior surfaces. I selected the white tempered glass model for its looks and ability to show off the matched components. The R6 TG cases will be on the market March 7, 2018.

From the start, I had the idea of pairing this build with an ultrawide monitor, but ended up opting to go with a 4K G-Sync option. The Acer XB321HK is a 32-inch G-Sync enabled IPS monitor with 4 USB 3.0 ports and a fully-adjustable stand. Unfortunately, it is not a perfect cosmetic match with the other components, but a monitor in this performance category with white accents or a solid white paint job don’t exist. Thankfully, you’ll spend 99.5% of your time drooling at the crispness of the color-accurate panel. The buttery smooth G-Sync refresh means that the occasional frame drops from the GTX 1080 Ti at 4K go unnoticed. By the end of this year, a new wave of 144Hz ultrawide, HDR, and any other buzzword-capable monitors will be hitting the market. Any one of these upcoming models could warrant this choice obsolete, but you gotta pick something, right? 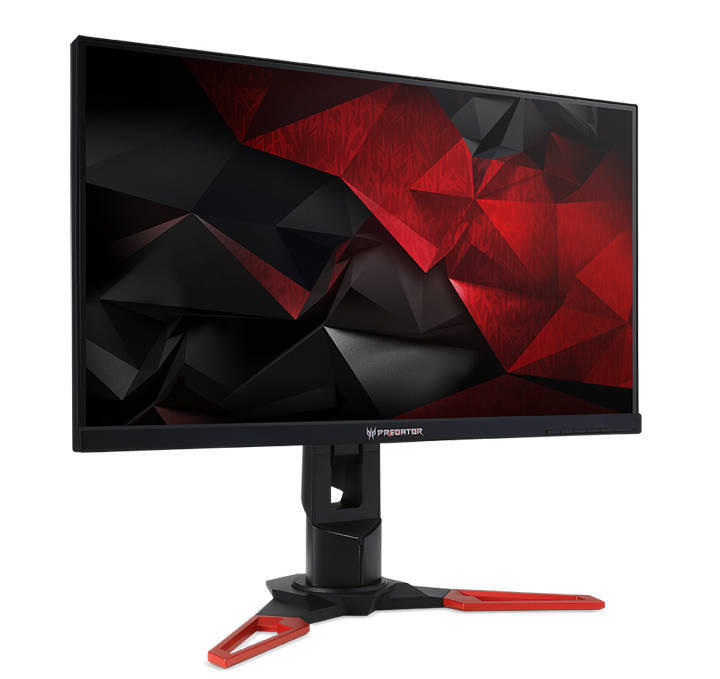 The Sennheiser GAME ONE headset is available with a white paint job, but also happens to be one of the highest quality gaming headset you can buy at any price. An open-backed design, the GAME ONE allows for a much wider soundstage than your typical closed-back headsets. The open design also lets you hear if someone calls for you and lets you hear your own voice clearly when using voice chat. Because the drivers are shared with Sennheiser’s audiophile headphone designs, you get amazing music quality in addition to top-tier gaming performance. The soft velour ear pads make the GAME ONE easy to wear for hours with no need to worry about your ears getting hot and sweaty.

As another added bonus, the GAME ONE headset can benefit from being hooked up to a dedicated headphone amplifier, just like the audiophile Sennheiser headphones. This brings us to the Sennheiser GSP 1000 gaming headphone amp. The unit provides substantially more juice than your will get with typical onboard sound chips, allow your headset to sound amazing, even at very low volume levels. For music lovers, the extra power improves instrument separation and can offer a little extra oomph to the lower frequencies. The GSP 1000 also offers a high-quality USB DAC (digital to analog converter) to feed the amp with the cleanest possible signal. It has output for your headset and for a set of desktop speakers/monitors if you have a set of those. The included mic preamp lets you be heard loud and clear. The unit offers an easy to use volume dial and quick toggles for muting or adjusting voice chat levels independently of the game your playing.

The Razer Blackwidow X Chroma Mercury Edition keyboard gives you all the benefits of mechanical keyboards with a striking metallic and white presentation. Also included are fully programmable RGB backlights to help you see in the dark or set the mood. The Razer Invicta Mouse Mat has a sturdy aluminum base and a two-sided pad to let you choose between a slick or textured mousing surface. It doesn’t hurt that it looks great and fits the theme of the build. Paired with these is the Razer Destiny 2 Edition DeathAdder gaming mouse. Completing the Razer desk trifecta, this white and black version of the world’s most popular gaming mouse is the perfect compliment to the visual theme. Even if you don’t care about Destiny, the mouse performs like a champ and looks the part.

The Xbox One S controller needs no introduction. It is a revised version of the initial Xbox One controller design, bringing over some of the best features from the $150 Xbox One Elite pad. For PC users, the controller is plug and play with the included USB cable and can also be used wirelessly with the official Wireless USB dongle or via Bluetooth, if your PC has a compatible receiver (the Asrock Taichi motherboard features an Intel Bluetooth receiver built-in). The controller comes in a wide range of colors (and can be ordered with a custom paint job through Microsoft Design Lab), but I chose the plain white model for “Ice”.

When combined, these parts work together to become a gaming beast. As of right now, this is the pinnacle of PC gaming performance. Things will surely change as the year moves on. In less than two months, AMD is expected to unveil the follow up to their incredibly successful Ryzen CPU and motherboard line. There are rumblings that NVIDIA has plans to introduce the follow up to it's legendary Pascal line (GTX 1XXX) of consumer GPUs. These new cards will be based on the Volta architecture. We are in interesting times. Hopefully, market instability caused by the cryptocurrency boom and DDR4 demand will bring a return to sensible component pricing. in the meantime, continue to check back in with Shacknews for updates on these new products and more build guides and articles in the coming weeks.

For those interested in our previous builds, check out the links below: