There are plenty of ways for fans of the Pokemon animated series and movies to enjoy their favorite content, but Amazon is looking to become king of them all. As revealed just earlier today, the retail and streaming-media giant has announced the unveiling of an all-new subscription-based channel that is meant to provide viewers with dedicated hub for Pokemon-based content.

It's being referred to simply as the Pokemon Channel, or Amazon's Pokemon Channel for those who might make the distinction, and it's being offered as an exclusive service to Amazon Prime members. For just 3 bucks a month, Pokemon fans will be given access to a selection of television shows and movies, and The Pokemon Company has stated plans for different Pokemon movies to rotate in and out on a regular basis. 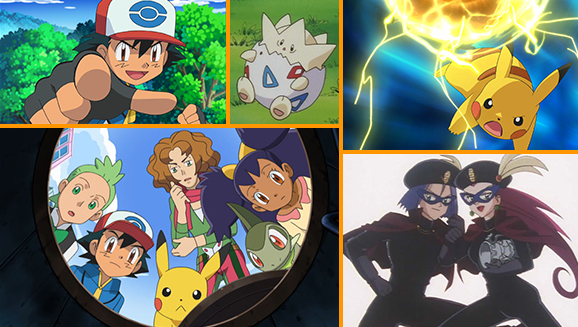 Amazon's own Pokemon channel already has its own webpage where users can check out some of the content that will be made available, currently including 11 different seasons of Pokemon: The Series as well as a selection of Pokemon movies like Ranger and the Temple of the Sea as well as Lucario and the Mystery of Mew. To see more of what's been made available, head over to Amazon's Pokemon Channel website.

The Pokemon brand in general continues to grow and grow, especially considering the ongoing success of Niantic's AR-based mobile hit Pokemon Go and the recent release of Pokemon Ultra Sun and Moon. Even though some players might prefer some of the older generations of games over the newer ones, at least now all of the Pokemon fanbase will have steady access to some of the wonderful moments featured in the animated series.