Read enough Destiny 2 guides on Shacknews and you’ll hear me talk about the three best Hunter exotics in terms of armor. They are so good, that it’s often difficult to justify wearing another exotic armor piece as a Hunter. Of those three I’ll be talking about Orpheus Rig today, which is arguably the best Hunter exotic in the game, although I’m partial to the Celestial Nighthawk. 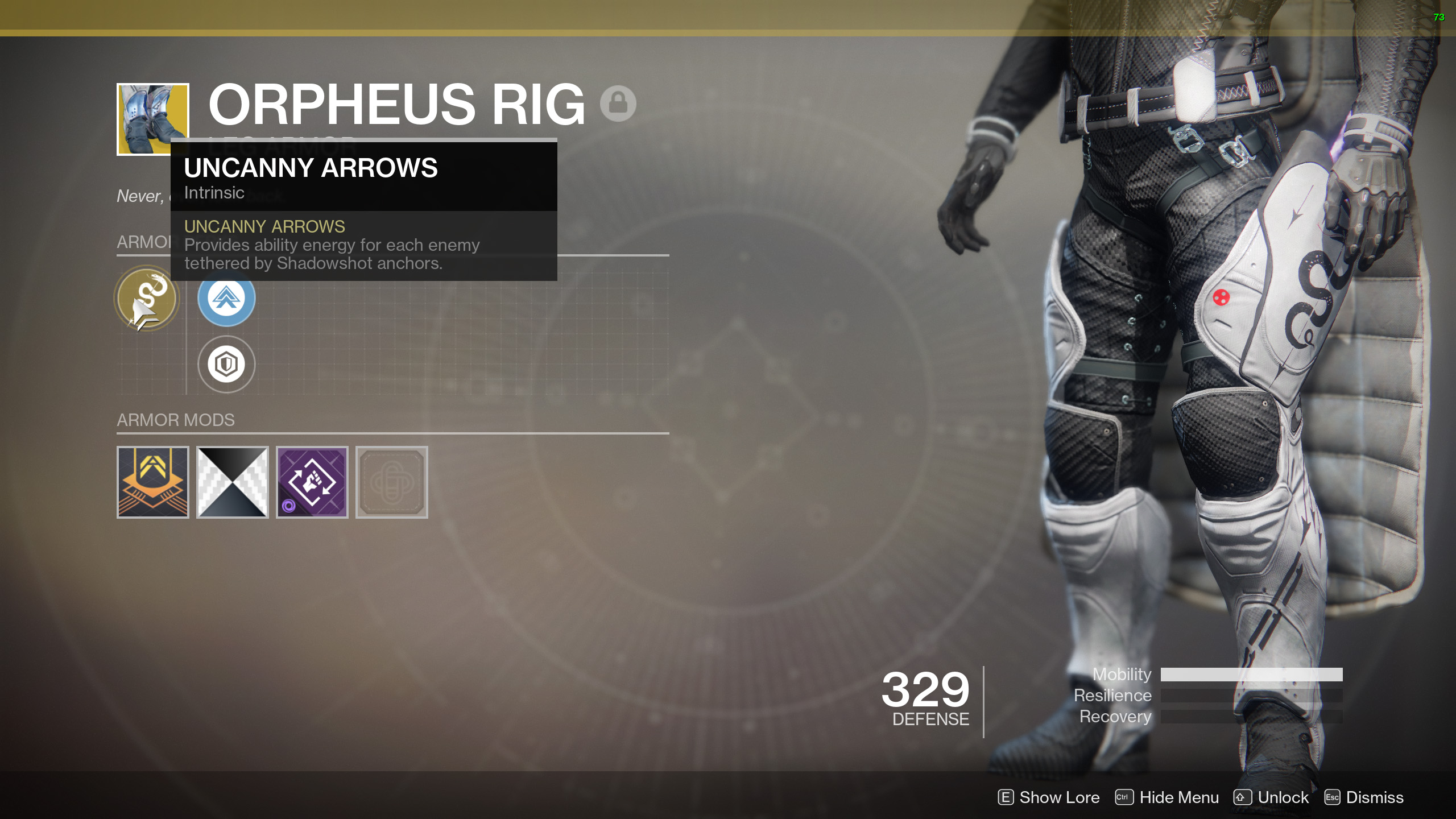 The Orpheus Rig exotic Hunter boots are far from situational. What I mean is, you can wear them to almost any activity in a PvE environment and know that you’re making a good choice for your exotic Hunter armor. Of course, you must also be running the Nightstalker subclass as a Hunter, otherwise these boots are as useless as Gunsmith tokens.

These boots have an intrinsic perk called Uncanny Arrows. This provides ability energy for each enemy that is tethered by Shadowshot, the Nightstalker super ability. This means that there is less value in using your tether on a single boss than there is hitting an entire mob that drops from a Fallen skiff, for example. Not to say there is no value in tethering a boss, because there is.

When Shadowshot is paired with Orpheus Rig, I believe that the Way of the Trapper perk tree is the best option. That is a personal choice because of the Deadfall perk which causes Shadowshot to have an increased range and to last longer. You also get Keen Scout, which improves your sprint speed, and I’m all about mobility as a Hunter. 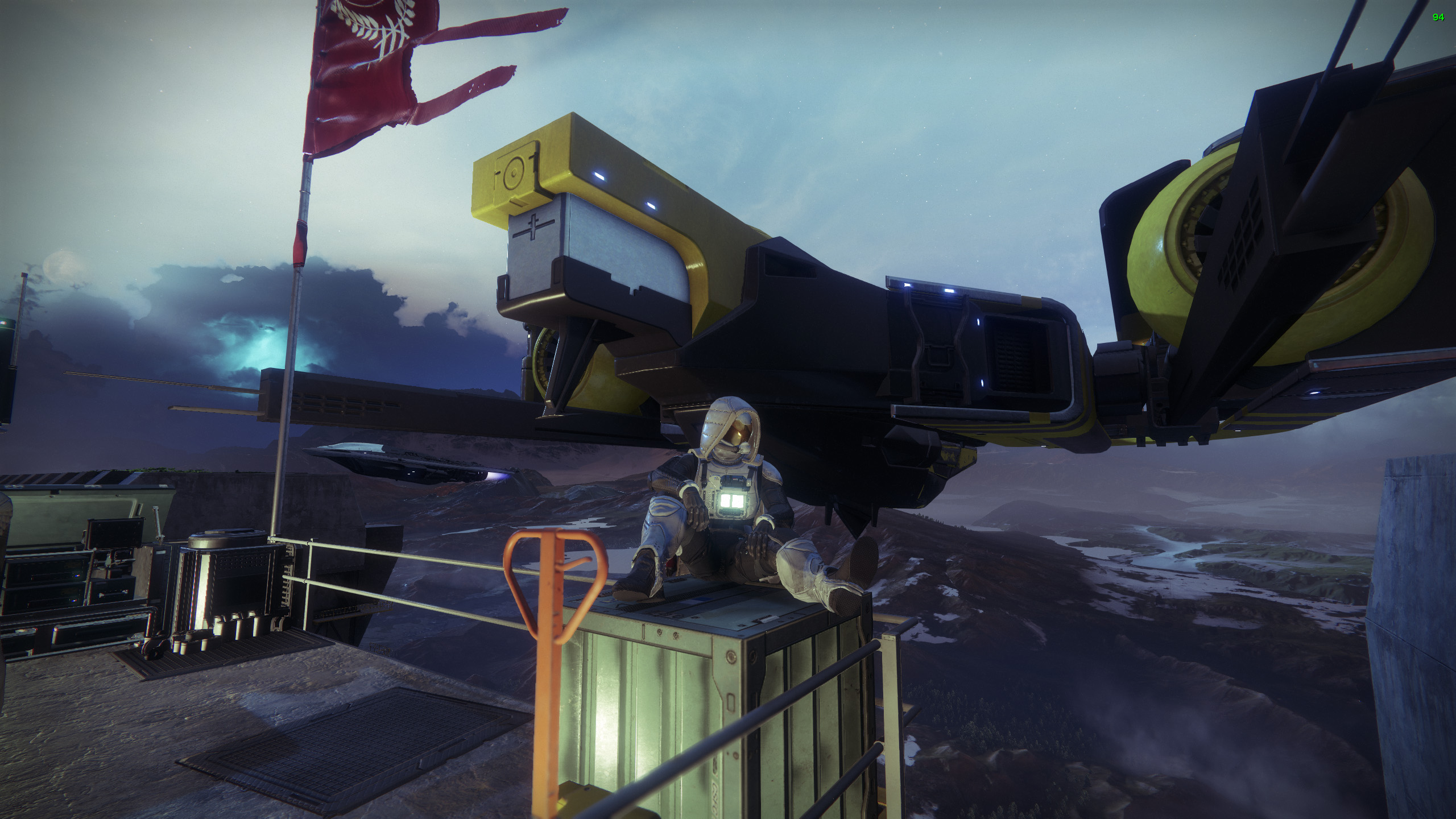 That’s not to say that the Way of the Pathfinder perk tree isn’t good, because some people may value it over my preference for Way of the Trapper. With Way of the Pathfinder, you can use the Moebius Quiver perk to fire multiple Shadowshot projectiles, theoretically allowing you to cover more area and tether more enemies. Those anchors just wouldn’t last as long as the one you fired with Way of the Trapper. You also get the Lockdown Perk, which makes your grenade and smoke last longer. That is a big deal. Experiment with both perk trees and choose the one that’s right for you.

To me, Orpheus Rig is mostly a PvE exotic. You’re looking for big groups of enemies that you can tether, and Crucible just doesn’t provide that with its 4v4 game modes. Even with the incoming 6v6 modes, there aren’t enough enemies to really make Orpheus Rig shine. I’d leave Orpheus Rig, and Nightstalker, behind when you enter the Crucible, but that’s again a personal choice.

Where does Orpheus Rig do its best work? I’ve found public events to be a good spot. As mentioned, you can tether a Fallen skiff full of enemies as they touch the ground, getting so much ability energy that you have your Shadowshot super ability recharged in seconds. You would also find value during the Calus fight in the Leviathan raid, but I would scold anyone that isn’t working with Celestial Nighthawk and Golden Gun in that situation. Basically, use your experience as Destiny 2 player to find places that Orpheus Rig and Shadowshot can be a benefit, then head out with that setup at the beginning of relevant events.

Now that I’ve given you some ideas to consider regarding Orpheus Rig and Nightstalker, be sure to visit the Shacknews Destiny 2 complete strategy guide for much more.