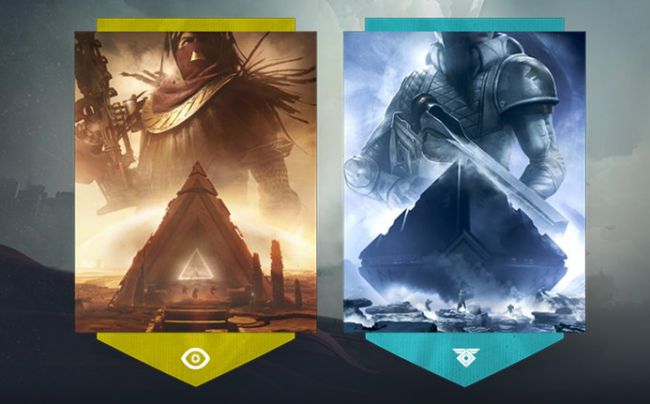 Rumor: Destiny 2's Next Expansion is God Of Mars

Destiny 2’s next expansion may be taking the action back to the red planet. Rumors are flying around that God of Mars will be the game’s next expansion after a now deleted Reddit post showed screencaps that appear to come from a Store leak.

Supposedly, players will participate in new co-op missions, and get a chance to discover new weapons, armor, and gear themed around the expansion while exploring Clovis Bray and facing off against a brand new enemy faction known as “Charlemagne's Remnants”.

According to what could just be a mockup of a PS Store description: "Destiny 2 Expansion II: Gods of Mars sends your Guardian on a long journey to a brand-new destination—the Frigid Vale of Mars, with an array of new missions, adventures, and enemies to fight...Charlemagne has reawoken on Mars and has imprisoned Rasputin within an ancient vault. Work with the elusive Ana Bray—long thought to be dead, in order to combat Charlemagne's Remnants, free Rasputin, and uncover the secrets of Clovis Bray."

As of right now, Activision has not confirmed or denied these rumors and the only official title for D2’s next round of DLC is “Destiny 2 - Expansion II”. 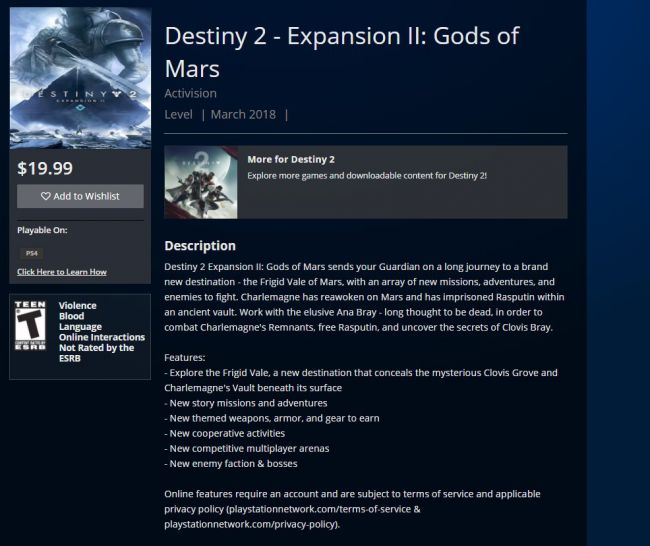