Just over four years ago, Nintendo and Dark Horse Books got together to publish The Legend of Zelda: Hyrule Historia, a gorgeous hardcover tome that recounts all of the pertinent historical information regarding the land of Hyrule and the legendary Hero of Time. Earlier this year, the company added a new entry to what's been dubbed The Goddess Collection trilogy with The Legend of Zelda: Art and Artifacts, a 400-page collection of concept art and various illustrations from the famed franchise. Now, we've received word of the final piece of the puzzle: the upcoming book from Dark Horse and Nintendo titled, simply, The Legend of Zelda Encyclopedia. 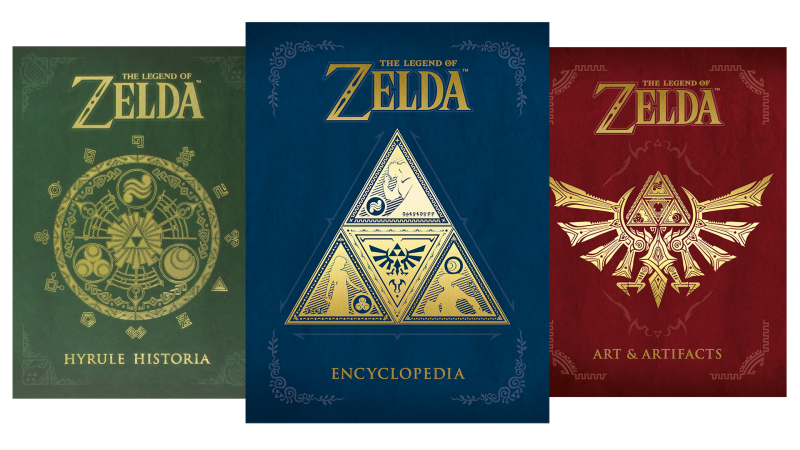 Nintendo looks to have pulled out all of the stops with the company's latest hardcover collection: at 336 pages, the new book tops the length of Hyrule Historia, and it even comes in a nostalgia-inducing gold foil cover with NES cartridge-styled sleeve. Inside, players will find an expansion of the lore featured within Hyrule Historia as well as concept art, maps, character biographies, and detailed listings of enemies, items, and potions. As a cherry on top, the latest encyclopedia includes an exclusive interview with Legend of Zelda series producer Eiji Aonuma.