Today is sort of a crazy day for video game releases, with huge titles like Assassin's Creed Origins and Wolfenstein 2: The New Colossus both launching simultaenously for PlayStation 4, Xbox One, and PC. Big as these releases are, there's one that Nintendo Switch fans have been patiently awaiting for months: Super Mario Odyssey. It's a game that sees some of the biggest and boldest direction the Mario series has displayed for a long time, and for many fans, it's the biggest title to release this year.

It's a big deal for Nintendo, too, and in celebration of all the company's hard work as well as well as a small treat for dedicated fans, Nintendo has released an all-new sticker pack for iOS devices that allows users to share their thoughts and irreverent memes alongside classic 8-bit Mario imagery. 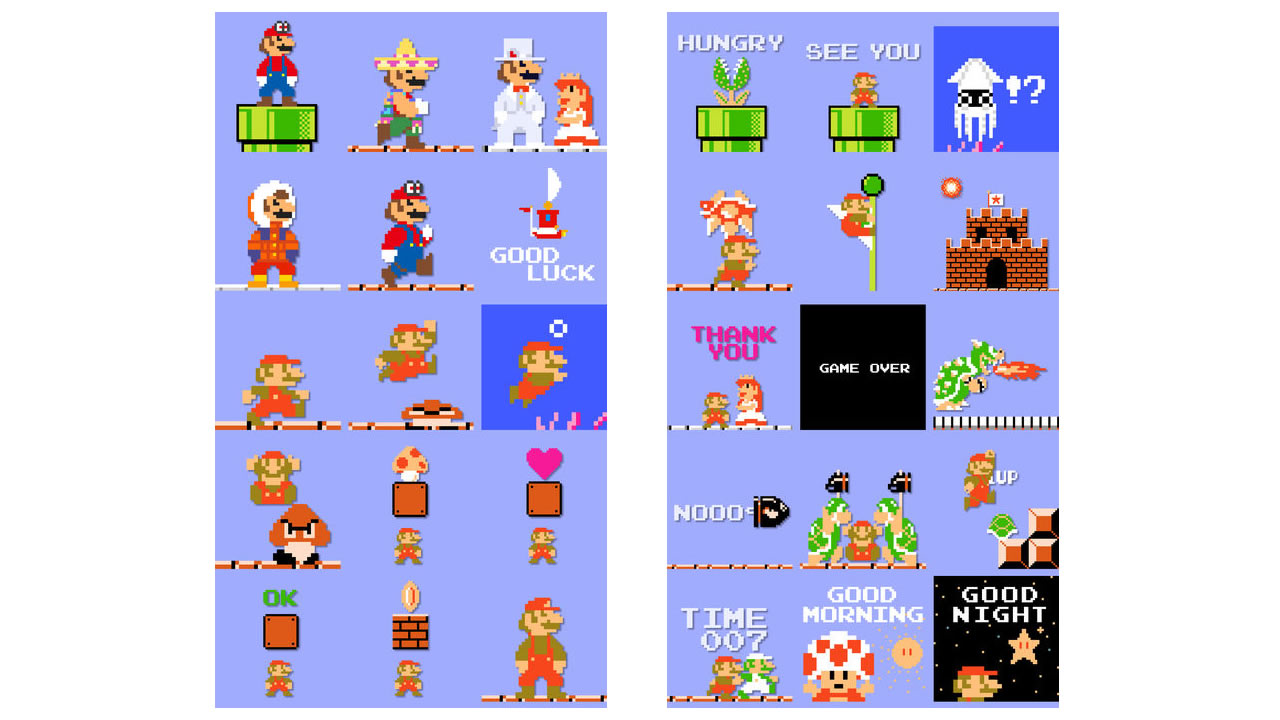 As a little bit of special flare, the stickers in the new 8-Bit Super Mario Stickers Pack have been accentuated with just a bit of distinct Super Mario Odyssey styling. Mario can be seen sitting on a warp pipe wearing Cappy, sprinting across a stage wearing a sombrero, and even piloting the spaceship to be found in Mario's latest outing. These and twelve others are included in the pack, with other stickers like a stomped Goomba, a mushroom-sprouting block, and a game-over Mario making notable appearances.

Any iOS user who wants to scoop up these stylish retro-themed stickers can do so over on the Apple App Store, where the 8-Bit Super Mario Stickers Pack retails for $1.99.