On this week ten years ago, Valve didn't just release one game, it released a full compilation of games. While most fans looked forward to the next chapter of the beloved Half-Life series, few could have expected that The Orange Box would feature multiple games that would influence the gaming world in such a drastic capacity. One of those games helped change the face of the team-based shooter going forward: Team Fortress 2.

Shacknews has previously gone over just how much Team Fortress 2 has influenced its genre. Back in 2014, Shack looked back at the game's gradual transformation in Part 1 and Part 2 of our Team Fortress 2 teamline. But for this ten-year celebration, the focus is purely on Valve's shooter at the very beginning, before the new weaponry, maps, economy, and hats. 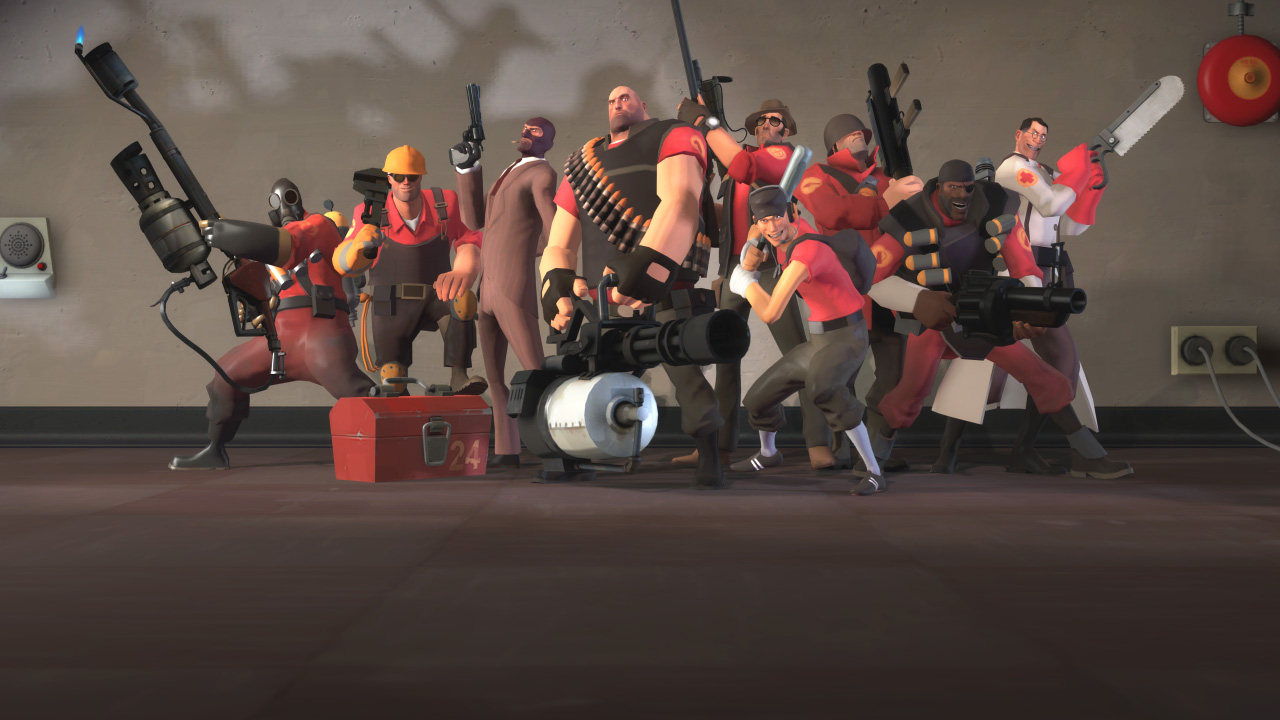 Each of Team Fortress 2's nine classes were beautifully designed to give every kind of player something to excel at. The tank-lovers could pick up the Heavy and wreak havoc alongside a support Medic, a class that was easy for shooter players of any skill level to pick up. Those who wanted to run ahead and set up their team for victory could sprint up the stage with the Scout. Those looking to cause damage while finding ways to get creative could pick up the Soldier or Demoman, taking out targets while boost jumping across the map. Stealth players could excel with the Spy, where part of the game would involve trying to blend in with an enemy team.

It was uncommon to find perfect, synergistic teams containing all nine classes, but when those teams did pop up and worked together, there was seldom anything better in shooters at the time. The nine classes all worked in perfect harmony, with each one having their own distinct function. The best part was, amateur players and pro-level experts could coexist in harmony, with classes all easy enough to pick up and play.

TF2's accessibility was a perfect fit for its cartoonish art style, where the characters would all express themselves and interact with one another on the battlefield. The humor, simplicity, and under-the-radar hooks (like a Nemesis system, long before the Shadow of Mordor series was even a concept) was enough to interest thousands of players. And it was enough for Valve to build an empire around, as TF2 helped launch Steam into the PC gaming stratosphere. 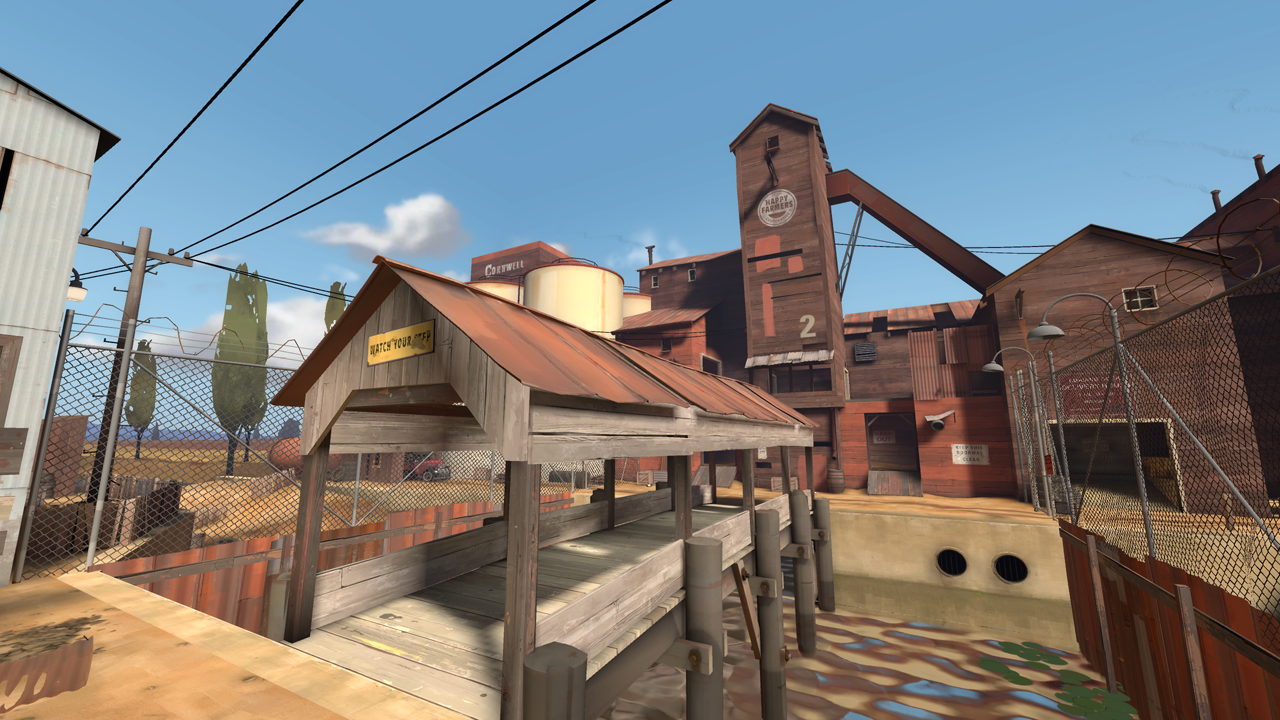 Beyond its nine classes, Team Fortress 2's early days were largely defined by the game's maps. The game launched with six maps, with five of them centered around Control Points or Territorial Control. But it was the sole Capture the Flag map, 2Fort, that most encapsulated TF2 in a nutshell.

It was a two-sided underground fortress, with both sides designed equally, allowing players to come together and battle it out along the center bridge. It allowed each class to shine in their own unique ways. Heavies and Medics could duke it out along the bridge. Spies would try to sneak in through the sewers. Engineers would keep watch either in the sewer or in the Intelligence Room. Demomen would set booby traps. Snipers would keep watch, along their spawn points.

What made 2Fort so memorable was that because it was often a player's first map and the most frequently-played map, mostly because it was the only Capture the Flag map available at launch, players adapted to it over the course of weeks. It reached the point where most games across TF2's servers would feature neverending 2Fort games. Games could go on for hours, feeling like a giant cat's game.

But the unending back-and-forth of 2Fort games soon became TF2's greatest charm. It allowed teams to socialize with one another. It opened up chat for teams to talk trash or get to know one another, as they set up shop along their base. It's led to memorable bloopers or highlights, long before Twitch ever set up shop. For those that spent night after night on a TF2 server, 2Fort was a magical place to unwind and just relax, practicing with each of the game's classes in a casual environment, and worrying more about having fun than actually capturing the intelligence. 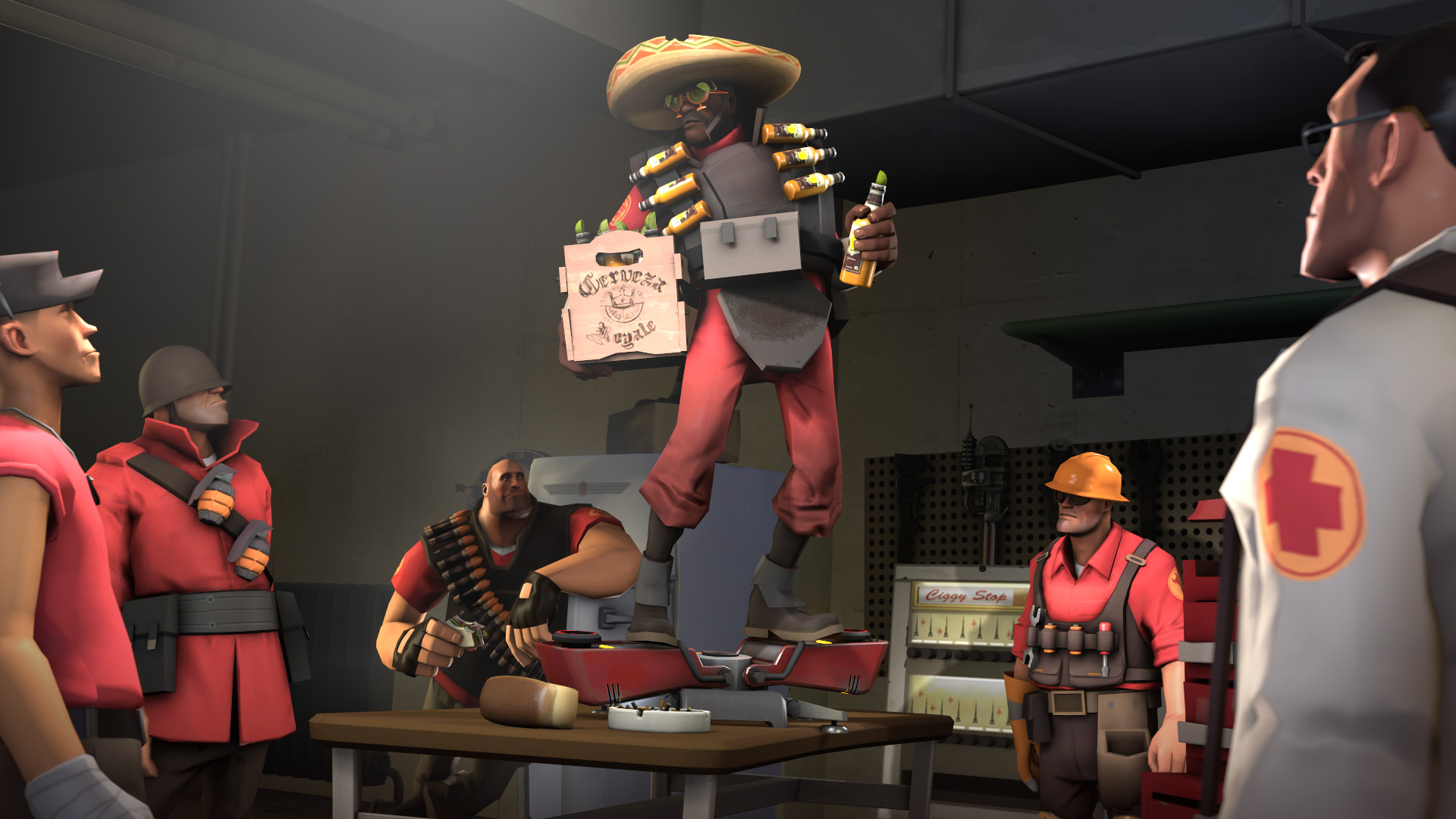 As it turns out, the Shacknews Chatty community has some fond memories of the original vanilla Team Fortress 2. And it actually involved the playing against an actual team of Valve developers. Here's an anecdote from Chatty poster NastyJack:

"The story behind this, for anyone interested, is that Valve asked some of us Shack regulars to put together a team to play them. From my memory, it was pretty early in the game's life and holy s*** it was fun. It was my first experience with intense, seriously-coordinated play while still playing in a fun atmosphere. Easily some of the best times I've ever had gaming.

"On a personal note I specifically remember that they mentioned nerfing the Demoman when the game was over so that was a proud moment for me, hah."

To this day, it is considered the most epic Shack Challenge in the history of this site's fine community. Want a look at how our Chatty regulars did against bonafide Valve employees in their own game? Let's watch the video below. (Just beware of some NSFW language.)

Those that have read Shacknews' Team Fortress 2 timeline (and even those that haven't) recognize that TF2 only exploded in popularity from here. The PC version of the game would soon receive individual class updates, via Steam, keeping the game alive for years to come. Later updates, like the Mann-Conomy Update and Manniversary Update, would not only keep the game alive, but would also change the face of video games forever. This is not a hyperbolic statement. The free-to-play model, the Steam Wallet, Steam Workshop, the cosmetic hats, microtransactions and so many other game-changing elements that would find their way into video games for the next decade first originated with Team Fortress 2.

But what about the folks that just want the original game itself? Before the weaponry that created seismic shifts in the game's balance? Before people started decking out their characters in silly hats? Is there a way to still get that back?

The obvious answer is the original Xbox 360 iteration of The Orange Box. TF2 was released back when console updates were an inefficient proposition. Why wait for the long Microsoft certification process when Valve could simply go through its own PC gaming architecture and deliver updates in a timelier manner? Why spend thousands of dollars for individual console updates when, again, Steam was right there? That's why TF2 on Xbox 360 never went beyond vanilla, so it's still there, for anyone interested.

As for PC users, a nostalgia movement has surfaced, with a non-profit community project looking to spotlight Team Fortress 2 as it used to be. Vanilla.TF features a special Steam overlay dedicated to helping users find the best vanilla TF2 servers around the world. In addition to helping players, it also helps server owners that are looking to get their server out to the masses and assists them with tools, such as free monitoring. The site has not started taking donations as of yet, but will soon allow the public to donate to their efforts.

Today, Shacknews salutes 10 years of Team Fortress 2, remembering the game as it first began. Our Chatty community recently weighed in with their memories, which can be found in this thread. What are your favorite memories of the original Team Fortress 2? Join the conversation and let us know in the comments.