Apple Inc. finally sent out press invitations to a special presentation to be held on September 12. The invite simply reads, “Let’s meet at our place. Please join us for the first-ever event at the Steve Jobs Theater in Cupertino." This confirms suspicions that Apple will hold its first product announcement at their brand new Apple Park headquarters, which was designed by Steve Jobs. 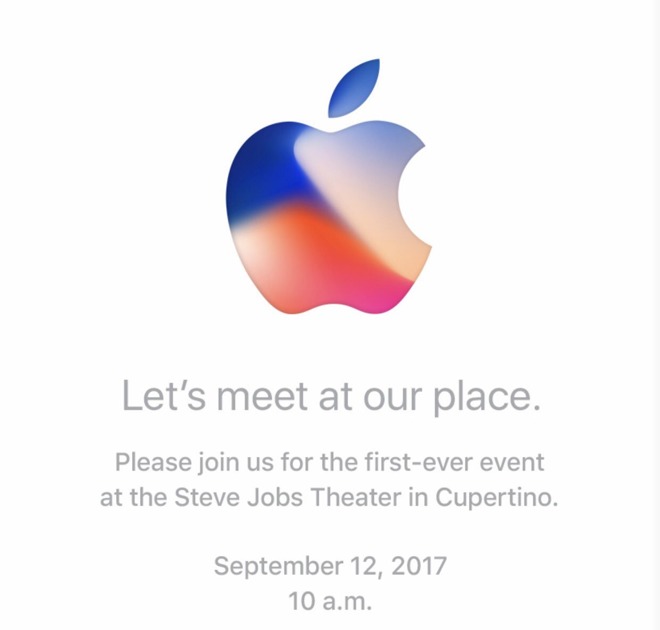 Apple Inc. has a history of surprising and delighting their customers with unexpected announcements at special events, but in recent history leaks and rumors have made that increasingly difficult to do. Many media outlets had reported about Apple Watch before its launch, and even the HomePod SDK has spilled some details about upcoming products from Apple.

What I think is different about this event is that Apple has updated nearly every product they make outside of the iPhone and Apple TV this year. They even announced HomePod at WWDC 2017 as well as an iMac that can actually run VR HMDs. What is left for them to blow customers away this year? Do they even have one more thing?

It seems that Apple may have tipped their hand with the roll out of ARKit, a software development kit built for augmented reality. ARKit was demoed using iPhone at WWDC 2017 and many developers have posted some cool demos using iOS 11 Beta. While I think AR has a bright future as part of the smartphone operating system, I can't help but wonder what other product categories may spawn from the upcoming augmented reality revolution.

Snapchat Spectacles have not gained a lot of traction with consumers, but they are a proof of one concept that I believe could be valuable for augmented reality. Point of view capture is going to be important to create truly immersive AR experiences. While, I don't think Apple should necessarily make glasses that are as goofy looking as Snapchat's first effort, I believe there is merit in figuring out a point of view capture device with a form factor that would work as a complement to iPhone. This would be much like how the Apple Watch works alongside iPhone. Apple would certainly be doing right by their founder if they were to announce a new product category like this at their first presentation at Apple Park's Steve Jobs Theater. 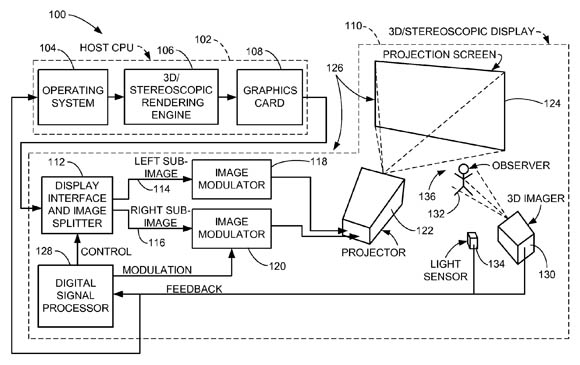 Apple Inc. acquired Primesense, the company behind the technology in the original Xbox Kinect, in 2013 and has yet to use the tech in a single product. This motion and depth sensor technology has plenty of applications, and iPhone 8 is rumored to feature a rear-facing laser that would be based on Primesense tech. There are plenty of patents that companies file for products that they never design, but one patent at Apple that I can't get out of my head is for a stereoscopic display that would create 3D images without the use of glasses. Much like how Apple reinvented the phone by getting rid of the keyboard, they could turn the television market on its head by releasing a display that was a more moderately-priced projector with new user interface features.

Many folks might not know that the first demonstration of iPhone and iPad's multitouch user interface was done with a large projector in Apple's design lab. The company has been working on a ton of different gesture-based interfaces for the past decade, but nothing has yet to materialize.

Apple Park was designed by Steve Jobs with a team of architects that he handpicked. I believe that Apple understands how important this moment is for their loyal fans, who have put up with some difficult times in the past 6 years since his passing. It is extremely important that Apple Inc. wow customers at this event. It is entirely possible that an iPhone with an amazing new AR feature will be good enough for shareholders to stay invested in the largest company in the world, but the long-term success of the company will rest with how they position themselves for the next decade. Augmented reality definitely seems to be the bet that Apple is willing to make, and it is only a matter of time until we find out how customers will react to the new vision of the future.

Keep it locked onto Shacknews and our sister site Modojo.com as we bring you the latest developments surrounding the Apple Special Presentation on September 12.

Why did I sell Apple? Check out this article to find out.