Hot on the heels of the PR slides that leaked over the weekend, more bits of information on Intel’s impending Coffee Lake platform release continue to pour in. While the majority of the recent rumors have revolved around Coffee Lake’s Core i7 parts, new info has shined a bit of light on what PC gamers can expect from the newest set of Core i3 CPUs.

Today’s leaks come from China by way of Videocardz. Two Core i3 parts are detailed in a leaked spec sheet. Both of the CPUs will be true quad core parts, a first for the Core i3 line. Historically, the i3 line has been a mix of lower-end dual core CPUs with the occasional part having hyper-threading available.

Prior to this January, all Core i3 chips have been locked by Intel, which makes overclocking difficult. The Kaby Lake release in January gave us the first K-series Core i3 CPU, the 7350K. It allowed users with Z270 motherboard to overclock the budget CPU. The Coffee Lake spec sheet from today show another K-series CPU, the 8350K. It will feature a 95W TDP and a clockspeed of 4.0Ghz. The other Coffee Lake i3, the 8100, is expected to be clocked at 3.6GHz.

The reveal of these Core i3 quad core CPUs marks a big change for Intel’s mainstream offerings. With the top-end Coffee Lake i7 chips expected to be 6-core CPUs, it is believed that the upcoming Core i5 parts will be quad core CPUs with hyper-threading enabled. This configuration was previously exclusive to the i7 line, but it would make sense for the Core i5 to use this setup to maintain the performance tier separation across the entire Coffee Lake family.

In addition to the Core i3 news, the first images of what is believed to be the Core i7 8700K appeared online. 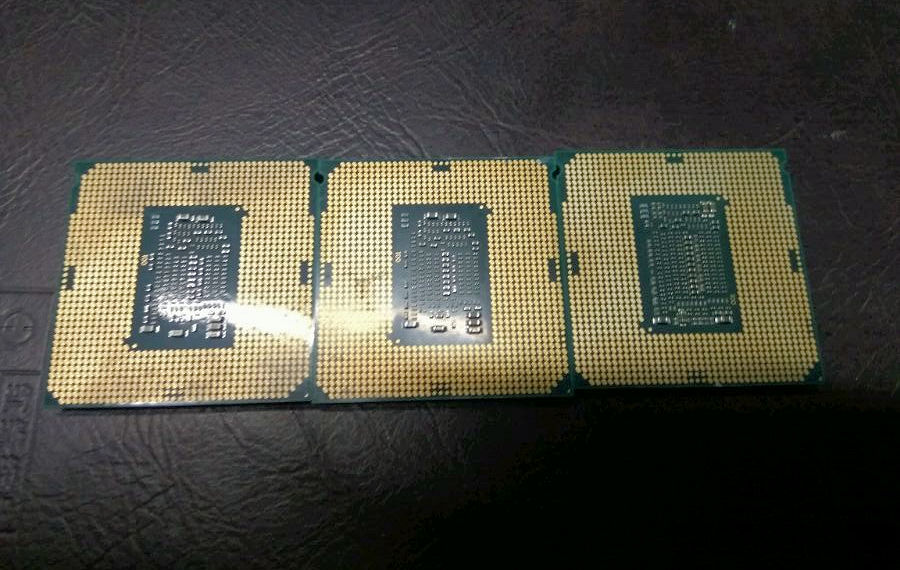 I’d like to make a shout out to Shacknews community member Shadowdane for posting this news this morning in the Chatty. That post is when these leaks first came to my attention. I recommend that readers give the Shacknews Chatty forum a try, as it is a great place to talk games and hardware. More often than not, it is also a great spot to get scoops on new developments.